Wednesday night was full of rebellions! Think you know how a team is going to wager? Think again! Is that final going to be easy? NOPE! Battling it out for House Champs around our PHT nation, take nothing for granted!

So the patio battle ensued and the trivia players here at Valley Grill were highly competitive tonight for some reason. Congrats to Fat Kids are Hard to Kidnap as they are the Season 13 House Champions here at Valley. Good luck at the playoffs and Pub Crawl this Saturday. Here are the results of tonight’s game:

Fat Kid are Hard to Kidnap in 3rd

First category for next week is a Triple 50/50: Disney or Dreamworks. ~ Ronnie

Another great game was had at the Tavern last night! Season 13 is almost at an end and everyone wanted to win the last one! After needing a tie breaker to decide the top 3, this is how it ended… 3rd place went to Schweddy Balls, 2nd place to John Lithgow’s Fan Club and killing it in the last game of the season for the win was Olney the Lonely!! For next Wednesdays pre-season summer fling game, their winners choice will be “The Gilmore Girls”, so good luck in the playoffs to everyone this Saturday, and I’ll see you next week at The Tavern!!   ~  Jon J

Man, oh man. Tonight was a good one but it was the kind of night we shouldn’t talk about the day after.

Tokyo Sex Whale in 1st, and your House Champs!

Next week it’s Sam reads Dr. Suess. That should be a fun one.

First game of June, last game of the season. We crowned Roaming Gnomes our House Champions tonight as they competed for the weekly prize against a chunk of our regular teams! We had a few newcomers too who fared quite well against an experienced crew. This would be the last chance to practice before the playoffs start so a boost of confidence tonight was very important!
We had a tie at the half between Wyld Stallyns, who’d been gone for a bit, and Knock Knock, our weekly pain-in-the-butts. Nah, we love Knock Knock hehe… Knock Knock was in usual form with their lead, though a scoring discrepancy that they had suggested their score should’ve actually been LOWER! Turns out, they just can’t math, so the lead stuck.
3rd round opened with a doozy of a Sci Fi question. Given “Stranger in a Strange Land”, “Foundation”, and “Rendevzous with Rama”, you had to name the “Big Three” Sci Fi authors of the late 20th century. Some teams got one, some got none, some got 2, no one got 3. Three teams picking up wager points getting 2 of Clarke, Heinlein, and Asimov but it was ugly for most.
Going into the final, Knock Knock held their lead and would lock the game up with a correct response. And yep, they got it. The only team, in fact! Pretty strong night for them. 2nd place tonight would go to Strangers who bet 0 and benefited from the overwhelming negs on that last question. 3rd place to Wyld Stallyns, a strong performance from a team who’s been out of the game for a bit. Great game, back in a week guys!
1st Place:      Knock Knock
2nd Place:    Strangers have the Best Candy
3rd Place:     Wyld Stallyns
Next week:    Star Trek the Original Series And what a kick-off to the month of June it was!! Perfect night for some in-and-out trivia, with teams playing under the stars as we closed out the regular season with an exciting set and some classic moments.

We had a great family rivalry, a team first (congrats, Blind Squirrels!) and even a House Champion to crown. That’s some Wednesday! We answered questions all about the handy Ace Hardware Man, puzzled over some not-so-classic board games, and even struggled to remember the events of last Sunday!
As our game drew to a close, teams remained very close, but only one would close out Season XIII with a win.
Third Place: Stephen Hawking’s Karaoke Machine
Second Place: Up For Anything
First Place: The MoopsThe Moops won much more than first place, as they are also the SEASON XIII MEMORIES HOUSE CHAMPIONS!! Congrats, guys and gals!! They’ve chosen, “Current Capitals of Former Countries” as next week’s first category, so brush up on your countries “Formerly Known As” and I’ll see you next week for all the preseason shenanigans!!

Tonight was the end of Season 13 at Applebee’s, and this game featured some old faces returning to play with us, which was definitely exciting.  We opened up with a question about Michael Jordan, asking about the two NBA teams that passed on him in the 1984 draft, which were the Houston Rockets who took Hakeem Olajuwon, and the Trail Blazers who drafted Sam Bowie.

The audio question for tonight asked teams to identify songs with ‘First’ in the title, which teams did pretty well on. We also asked about the store with the ‘helpful hardware man’, which most teams knew was Ace. Halftime asked teams to identify TV shows based on their board games, as well as matching different ‘Super’ songs to their artists.

In the second half we opened with a question about Science Fiction Authors, specifically asking for the ‘Big Three’ authors of the mid to late 20th century, who wrote ‘Stranger in a Strange Land’, the ‘Foundation’ series, and ‘Rendezvous with Rama’. Only a few teams managed to give me two of Robert Heinlein, Isaac Asimov, and Arthur C. Clarke.

The question about airlines was rough as well, asking for the biggest customer of all domestic airlines, using about 15,000 flights per day. Several teams were close with guesses like UPS and Fed Ex, but the answer was actually the US Postal Service. The fashion question about sleeves that are folded back and fastened ended up tough, with only a few teams getting French Cuff as the answer.

Tonight’s final was in the category of American Companies and asked for the restaurant chain with about 600 locations that was founded in part by one of the founders of Atari. Most teams managed to get to the answer of Chuck E. Cheese’s, and scores changed a bit. We even had to settle a tiebreaker for 2nd/3rd place, where we asked for the average speed of the winner of the Indianapolis 500.

On the tiebreaker third went to GI Joey Broseph, and second went to Bored of Ed. The win tonight however went to Suck It Trebek making a return visit to Applebee’s! Next week we start with a question about the musical Rent! Good luck at playoffs people! What a 13th season of pub trivia at Barefoot Bernies! It culminated Wednesday night to quite a finale. 10 teams battled it out for some Bernies trivia loot and 3 rose to the top of the Season 13 finale ladder!

I’m gonna go ahead and say this: my favorite answer of the night was…GREG BRADY baby! Oh yeah! I was a Brady Bunch fanatic back in the day. Nothing like some Barry Williams y’all. 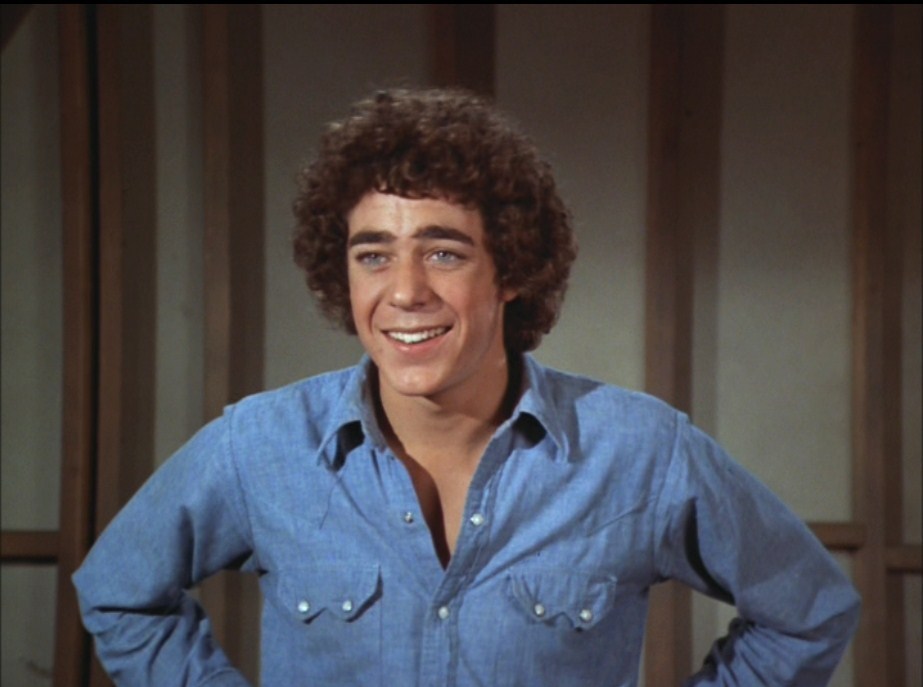 I’m considering bringing that perm back in…

Anyhoo…some other notable mentions were Isaac Asimov (Foundation – woot woot!). And whooda thunk the ole sand dollar had an AKA like “snapper biscuit.” I miked that for everything it wasn’t worth 🙂

After the fun the final scoreboard looked like this:

For the record, Hate the Clean but Love the Snatch skee-daddled before I could snap a smiley mug shot but they took the 3 spot! And congrats to BIFF PLEASE on thier accomplishment of Season 13 House Champion at Barefoot Bernies~! Awesome job y’all 🙂

Good game everyone. I wish all of you luck this weekend at the Playoffs and Pub Crawl. Next week is PRE Summer Fling Season. It’s going to be a great summer of trivia-ness. So I will see you next week to kick it all off. And our first category to kick off summer: Sherlock Holmes.

Thanks for playing everyone – I will see you soon. Love ya! DG

Season XIII is in the books at Hard Times in Clarendon!  We crowned our house champions: Matt Frost Gave Us the Answers, but the story of the night (once again) was Kitten Mittens, who road a strong third round to another victory.  I can’t wait to see how they perform at World Series!  They were a perfect 8-for-8 on the season, and they will be a favorite to take home the big money next Sunday.  Our house champs took second, with the B-58s rounding out the top three.  Next week, we’ll begin with a question on the career of Jonathan Taylor Thomas.  Dreamy!  ~ Matt