Wednesday night had some Sass!

Wednesday night teams always seem just a little bit sassier, a little bit more feisty and a touch more competitive.. playoffs will be interesting, to be sure! Use the blog to eye up your competition!

We had our first game of 2016 out on the patio here at Valley Grill as it was a perfect night for trivia! Congrats to all the teams that made the playoffs, and remember we’ll be handing out the World Series invites next game. Here are the results of tonight’s action:

Last night’s game at The Tavern was a good one! One team led the entire game and then missed their bonus category in round 4 to drop out of 1st. Luckily they ended up being the only team to answer the final question correctly! Finishing in 3rd was Schweddy Balls, 2nd was Olney the Lonely and surviving a late mistake for 1st was John Lithgow’s Fan Club!! They picked the tv show “Castle” for next weeks winners choice, so study up and join us next Wednesday for some more fun at The Tavern!!  ~  Jon J

Ok, seriously though.. how damn cute is the Lucky baby from Pete Rose Bet on us?! She’s the only one who didn’t give me any lip tonight I think! Sparks were flying faster than the short jokes but I tamed the beasts with some Blues Brothers, and we had  damn good sing along to Think! tonight. Fitting I’d say…

Lots of other fun things happened tonight, but honestly if you weren’t here than you just don’t know and you need to check us out for yourself! After a hotly contested final it was Tokyo Sex Whale in 3rd with Uranus in 2nd and Flightl Level Awesome took home the 1st place spot! Great to see you guys back on to. Next week we start out with a first question of Doug the Cartoon. The regular crowd coming out tonight and joining us for one of the last games of the 13th season. We handed out invites to the playoffs tonight, World Series invites would go out next week, then we begin the post season. We had an exciting one tonight, lots of teams looking poised to make BIG runs in the postseason!
Usually the Gold Team and Graham Top TJ Bottom split into 2 teams because of too many players. Tonight, players were missing so they were able to combine into 1 super team. It worked very well. Their apparent complimentary knowledge worked very well tonight, as they remained in the top 3 for most of the game. Knock Knock held the lead for the majority of play tonight.
Playing very difficult tonight was our classical music question. A classical composer with 626 works is Wolfgang Amadeus Mozart. Most teams going with Beethoven, though he did not reach that number, despite him being so well-known. The dude couldn’t hear, he probably was sick of writing MUSIC. It’s like the chef who can’t taste. Or the pilot who’s afraid of heights. Just not a great combination.
Going into the final, Knock Knock led with the Gold Team just behind them. Knock Knock missed the final. All that the Gold Team would need to take the W would be a correct response. Well, they missed too. Our top 2 missed, so the victory was up for grabs. Our top 2 teams tonight just happened to be the only 2 teams who got the final correct. Grats to Beer for My Horses jumping in 2nd with a correct response. 1st place tonight Roaming Gnomes who ALSO jumped up with a correct response! Great game all! Back in a week!
1st Place:     Roaming Gnomes
2nd Place:    Beer for My Horses
3rd Place:     Knock Knock
Next week:     Gaithersburg, MD

With playoffs imminent, and warm weather finally reaching Mt. Airy, we had an exciting game of trivia. Veteran teams and newcomers squared off as everyone fought for those crucial top three spots.

We answered questions all about Kojack, Wham! and even the Supreme Court Justices, on our way to an exciting finish. With playoffs coming up fast, did we have one last surprise finish in store for Season 13???
Well, not tonight.
Third Place: Stephen Hawking’s Karaoke Machine
Second Place: Up For Anything
First Place: The Moops
The Moops have selected, “The Breakfast Club” as next week’s first category. Worth a rewatch, just to study up!
See you next week, when we’ll be inside AND OUTSIDE!!

Today was probably one of the most beautiful days we’ve had in awhile, and I’m definitely hoping this is the start of a trend. Tonight we also had a pretty great game of trivia, starting with a question about the TV show Archer. The question focused on Ron Cadillac, Sterling’s new stepfather in Season 4 who changed his name from Ron Kaminsky.  In the first round we also had a fun astrology question where we asked for the two animals on the Chinese zodiac that aren’t mammals (excluding the dragon), which are the snake and the rooster.

Tonight’s audio question was a bit different, as the category was ‘Name That Sport’, and asked teams to identify the sports based on different TV clips of them being played. The bowling one was pretty easy, but tennis and curling were a bit more difficult.  We also asked for a candy with a rhyming name that doesn’t have anything to do with the 34th President. Turns out the 34th President is Dwight Eisenhower, and the candy is Mike and Ike.

Halftime asked teams to identify the different “T” foods, such as Tiramisu, or Tripe which was probably the hardest one on there. It also asked teams to match the assassination victim to the date of their death. In the third round we had a question about military matters, talking about the 13 letter word which is also in the names of the Boeing B-29 and B-50, which was superfortress.  I really liked the question about the TV show that worked in the method that the lead actor was using to try and quit smoking as a recurring theme, which is why Telly Savales always had a lollipop in his mouth as Kojak.

In the final round we had a classical composers question, which asked about the composer with the Kochel Catalogue, a complete catalogue of all the works of Mozart, which wiped almost the entire bar. Tonight’s final question was in the category of World and asked teams to identify the two South American countries that have coastline on both the Atlantic and Pacific Oceans. Only a few teams managed to get the answer of Colombia and Chile, which moved scores around a bit.

Third place tonight went to We’ve Embraced Our Mediocrity, who had a tough second half. Second place went to The Right Bank, who nailed the final. The victory however went to BTF with a correct final answer! Nice work! Next week is our last week of the season, so I’ll see you all then!

Barefoot Bernie’s in Hagerstown, Md
And I remember the good ole days at Jack in the Box! We used to live in Calif when I was a wee lad. And I used to love the JitB. Tonight brought back some memories 🙂 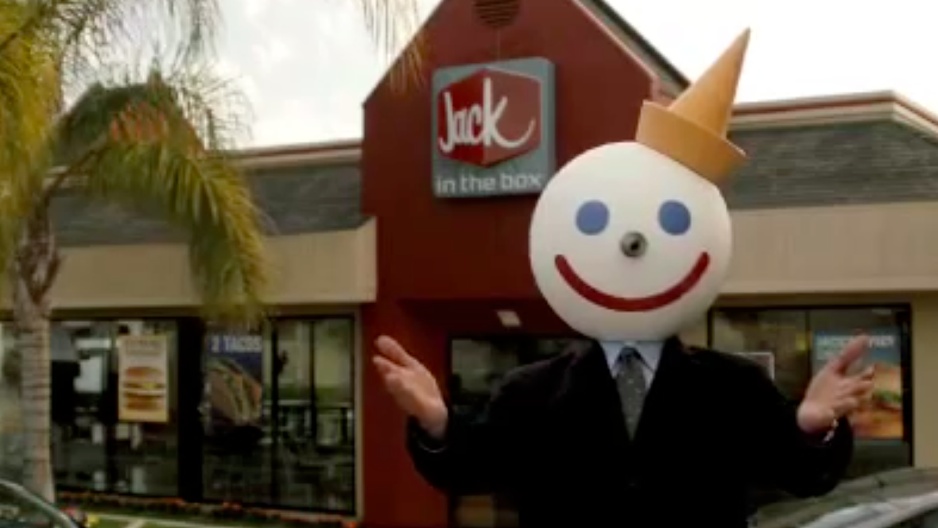 Although, this picture is kinda scary! Know what else brought back memories? WHAM! Oh yeah…I used to choreograph a little dance with my sister to some old school WHAM! We had an entire routine we rocked out to!
Enough about me though. That game! That hagerstown trivia game! The Wednesdays are exciting going into the post-season festivities! Wednesday’s game was for sure a fun one to watch. Teams traversed their way through a tough set of trivia questions and made for a showdown on the South American geo final! It was Columbia for the win. And after all the ballots were tallied…our TOP 3 looked like this:

Bada bing! And that was a game my friends. Next week we crown the House Champion and tidy up some post season stuff. I can’t wait to see how the World Series goes down this year! Next Wednesday we start it off with a question about “Ecuador.” Yum yum yum get you some! See you Wed night!
Luv ya – DG 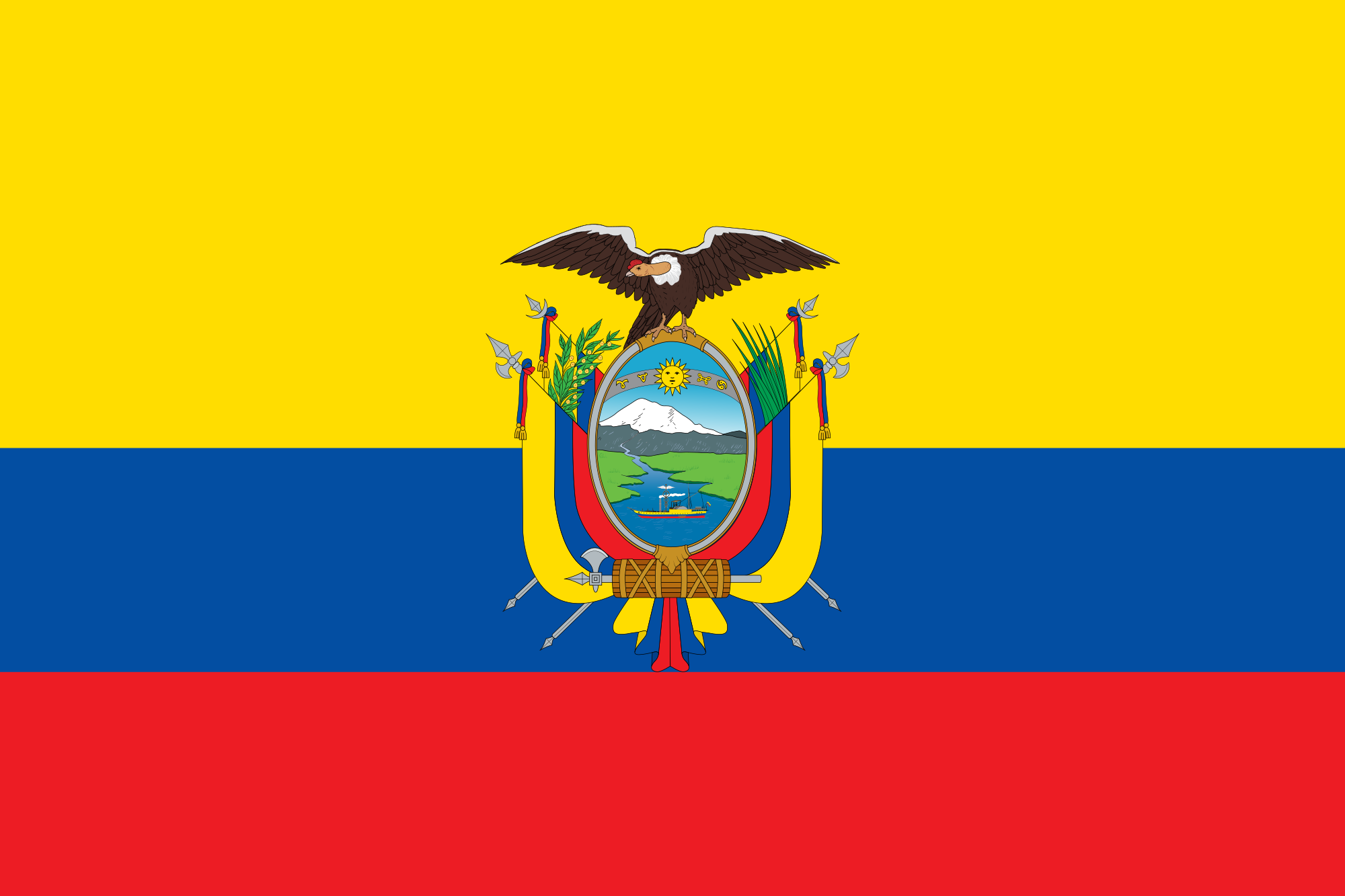 Wolfie’s in Smyrna, De
OFF FOR TWO WEEKS….  Kayla will return on June 1st!

The countdown has begun!  Less than 20 days until World Series XIII in Hagerstown!  I really hope that some of our teams who play here at Hard Times decide to make the trip.  We had a number of our regular teams missing tonight, but we weer able to fill in those empty chairs with some new faces, and some teams who normally play at other locations.  Our house championship was on the line tonight, and with only a couple correct responses on the world geography themed final question, it was Matt Frost Gave Us the Answers who took down the win and clinched the house title.  Billy Snacks also scored a correct response on the final, gaining ground on several other teams, but had to settle for third place after losing the tiebreaker to the B-58s.  Next week begins a question on the original 151 Pokemon!  My favorite!  Not really…  ~ Matt