The good, the bad and the detail orientated tonight! Check out the recap to see who put in the time to come out on top. Don’t forget about the Summer Fling finals coming up, check the website for all the details!

Well the torrential rain drove us inside here at Valley Grill in Middletown, making the first round a standing room only occasion. The “stumper” question of the night was our military rank category as only about 25% of our thirteen team game answered correctly. Congrats to our new team tonight for getting 3rd place. Here are the results:

Another great night of live trivia at the Tavern in Olney! Sometimes it’s the tiny details that can trip you up – as one team discovered on the Nursery Rhymes question. I’m willing to bet they’ll grit their teeth whenever they hear “Little Boy Blue” for the rest of their lives – just the same as I’m still kicking myself about that KMFDM question from FIVE YEARS AGO. Not that I’m bitter or anything…
It was anybody’s game up to the end but Blame it on the Butter walked away with the win, knocking Baton Rouge Fan Club down to second with Moving Forward rounding out third. Next week’s Winners’ Choice category is Poland. John’ll be back next week – thanks for letting me play along!
– Eric 😀

Tonight at Belle’s Sam trained Me, new guy Devan! Thanks for having me out tonight! During the game we had the American Idol question “Along with his namesake band, this lead singer has sold over six million albums since he was eliminated from “American Idol” in the show’s fifth season.  For your wager, name this singer, Two point Bonus who was crowned the winner” we all had a bit of a surprise when Mark from Tokyo Sex Whale was the only person in the bar to pull that bonus. Judging commenced. Tonight’s game was close and although none of the teams got the final question correct, some smart wagering got Pirate Harry Potter Sex-line the win finishing at 144. Tokyo Sex Whale finished right behind them at 139, and Periodic Dance Table finished in third with 133. With winning Pirate Harry Potter Sex-line picked triple 50/50 Kenan or Kel. Wow, a packed house tonight at Bennigan’s! Tonight we had our regulars, we had returning teams, we had new teams, we had a lil bit of errything tonight (yes, I said “errything”…). Roaming Gnomes are pretty unstoppable. I feel like I say the same thing every week but damn! No one beats these guys. Last season they were good, but beatable. This summer is just not the case. They can’t be beaten! Unreal!
Tonight seemed no different than every other night as Roaming Gnomes led the pack for most of the night. The team Trivial Seekers at the beginning of the night had about 15 players, looking to just play for fun and not get prizes, BUT! they broke off into 2 teams, one with 7 and one with 8. The 8 were TS, not playing for prizes, the 7, WoW, playing to win tonight. WoW played really well tonight, jumping into 2nd place after being the only team to get the 6-4-2 on the 6 point clue.
Going into the final, Roaming Gnomes led by a bit, but they ended up missing the final, so they left room for a team to beat them on a correct response. We only had 1 correct response on the final tonight.. two problems with that. 1. The team who got it right,Trivial Seekers, wasn’t within striking distance of the leaders so Roaming Gnomes takes the win. Again. An unreal streak and an amazing summer performance!
The other problem with TS’s correct response is that WoW was the team playing for prizes NOT Trivial Seekers! The 2nd place finish that TS ended with was ERASED by a team limit rule enforcement! But still, a nice get and a good game played by them. 2nd place would go to WoW and 3rd to Kill Bill Vol 3. We’re back in a week! Cya then guys 😉
1st Place:     Roaming Gnomes
2nd Place:    WoW
3rd Place:     Kill Bill Vol 3
Next week:     Ray Donovan

It was great to be back at Memories, even though I brought a crazy storm with me! (seriously, I hope no one had any flooding and got home safe) The bar was packed with teams, all scrambling to earn as many points as possible before the Summer Fling Championship.

Again, don’t let geographic differences try to sway you: The best cornbread is the one you’re eating right now.
Our final brought a surprise ending, as only 3 teams got the final right, which made for a HUGE jump in the standings!
Third Place: Dum Dums
Second Place: Team Awesome
First Place: Wait Wait Don’t Tell Me
WWDTM makes it two in a row, and selects, “Broadway Musicals” as next week’s first category. Please not Hamilton, please not Hamilton…
See you next week!

Tonight we started with one of my favorite winner’s choice categories of the ones we’ve had in awhile, which was a Hamilton audio question. The question played a song from the show that had the subtitle ‘A World Turned Upside Down’ and was named for a 1781 battle. Most teams managed to get this answer, which was Yorktown.  The usual audio question that we had was about Movie Music, and asked for the 2006 movie that featured all three of the Oscar Nominated songs that we played, which was the movie Dreamgirls.

Halftime asked teams to identify the shared last names of celebrities, as well as matching people to their horse companions.  The toughest one ended up being Estevez, as we asked for the shared birth name of Charlie, Martin, and Emilio, which was Estevez, not Sheen.  In the second half we opened with a question about the song that featured play-by-play commentary by Phil Rizzuto, the longtime Yankees commentator.  Several teams got the answer of ‘Paradise by the Dashboard Light’ by Meatloaf.

We also had a tough exercise science question which asked about the type of exercise like planking, where muscles contract but no joints move; only a couple of teams got to Isometric.  Tonight’s final question asked about US State Capitals, and asked about the capital which was named by founder William H. Willson, who suggested an anglicized version of a Biblical word meaning ‘peace’.  Several teams got to the answer, which was Salem, Oregon. This actually made some big changes in the final standings. Third went to Suck it Trebek, who went with a 0 wager, while second went to Dalek Dance Party. Tonight’s winners, jumping up on the final, congrats to Cher’s Zombie Army! Nice job! Next week we start with ‘Triple 50/50: Pokemon or Prescription Drug’, which sounds amazing. Good luck with that, and I’ll see you guys next week! 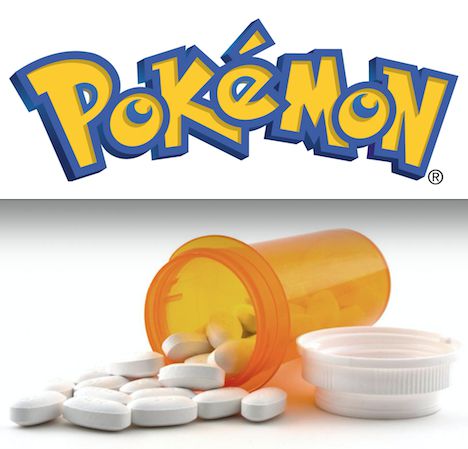 Hagerstown trivia team names have taken on a whole new level! You’ll just have to pop out sometime to see what I mean – there is a theme! And it’s daring. I do love my Wednesday evenings in Hagerstown, MD with the Bernies crowd. And we had a good one last night – all the way to the dramatic finish.

Although the Olympic Swimming opener was not a gimme it did set the stage for a great contest. Our “Little Boy Blue” nursery rhy question brought back some Andrew Dice Clay memories adn was not an easy question by any means. And let’s not even talk about FLEET ADMIRAL! Some toughies for sure! Q of the night nod goes to: Great game tonight y’all! It came down to a tough Salem, Oregon final and some wagering wizardry to decide our Top 3. Congrats to the Gold, Silver and Bronze winners:

See you next Wednesday. We kick that one off with “Pulp Fiction.” 🙂

In “You-Guys-Make-It-Too-Easy”: I love having my parents here. It makes the Geography questions oh so much fun; when their whole team are a group of mapmakers and geographers, and they miss a Geography question, I get to tease them endlessly >:D It’s like shooting fish in a barrel for my jokes!

In “Reading-Is-Fundamental”: Birth Name guys. Birth Name. It was right there in big letters for you, right under the answer line. Yet, at least half the teams still put Sheen! Come on people! Estevez!

In “Close-But-No-Cigar”: Getting 2 out of the 3 cities in I10, switching sheep and cows in the nursery rhyme, Summer Loving; so many close answers tonight xD it was tough watching them come in when they did.

The final caused a last second shake-up, but when the dust cleared, we had our podium.

In second place tonight, Don’t Piss Off the Faeries!

Great game tonight everyone! Next week we’ll kick things off with Star Trek: The Wrath of Khan! Get your best screaming voices ready 😉