Wednesday Brought Out The Warriors!

Wednesday night was a cold one with that wind picking up, but it managed to blow some new teams right on in the doors!

IT’S F&!@ING COLD OUTSIDE! Thanks to the staff at Valley Grill for offering up some Bailey’s with your choice of coffee or hot chocolate to give us a little warmth before drudging out into what is essentially SIBERIA. We had a great game of trivia, and a tough third round added some gaps into what was otherwise a very close game.

Here are the final results:

Our first category for next week is “Final Fantasy” ~ Ronnie

The wind may have been howling tonight, but the laughs and cheers drowned it out, as things heated up in the Revolution Bar tonight, in spite of how damn cold out it is right now!

In “Unexpected-Results”: When our winner’s choice category went out of it’s way to give away the answer of Henry Cavill (British Actor, 32 years old, one of the two title characters in the upcoming Batman v Superman movie, was expecting nothing but quick 9s. So when only a couple of teams managed to pull it out, I had to bite my tongue; BvS is everywhere, and he’s already been Superman twice, how is this not more well known?!

In “Apparently-I’m-The-Only-One- With-Taste”: I hate Borat. Hate it. Only movie I hate more is Napoleon Dynamite. Apparently I am alone at the Revolution Bar in both of those opinions. Tsk tsk tsk.

In “Where-Is-This-Now?!” Y’all know of this so-called Gatwick airport, second largest in London (where everyone goes through Heathrow) but don’t know Henry Cavill?! What the hell?!

The final question of the night was critical, knocking some teams out of contention and vaulting others in!

In third place tonight, with a nice come-from-behind, the Juggernauts!

Great game everyone! Next week we’re gonna kick things off with a Las Vegas Casino’s question! Should be fun; maybe not too much of a gamble 😉 Study up, and we’ll see you next time!

It may have been cold outside last night but the game at The Tavern was sure heating things up! 2 teams left all others in the dust and were battling hard for 1st place while 3 other teams were all in the running for 3rd! The final question decided how everyone finished in the top 3 and afterthedust settled, this is how it ended… With only two members of their team playing last night, Olney the Lonely still fought hard and ended up with 3rd! Playing tough all game for a win but coming up just a little short was If We Lose The Terrorists Win in 2nd!! With an amazing second half comeback and being one of the only two teams to get the final correct gave John Lithgow’s Fan Club a well deserved 1st place finish!!! They decided on “M.L.B. All-Stars of the 1960’s” for next Wednesdays winners choice category, so study up and I’ll see everyone back next week at the Tavern!!   ~  Jon J In tonight’s game we had an interesting shift in the scores pretty much every round, with the last jump occurring on the final question. The game started with a question about “Star Wars: The Force Awakens” and asked about the name of the base where The First Order resides, which is Starkiller Base.

I liked the double A/B/C question which asked about bobbins, aardvarks, and Wiccans.  It was also extremely amusing to read how the date for Easter was selected, as it sounded like the most convoluted nonsense ever.  A Borat question was a nice appearance as well. Halftime tonight featured pictures of things that are also names of bodies of water. It also had teams match up font types as well, which went much better than planned.

The second half opened with a question about the sport of hurling, which is very different from curling (the hint about drinking was a humorous touch too). The President question that came next almost wiped the bar, with most teams missing high wagers on a question asking for the most common first name among all Presidents. Most teams guessed William, but the answer was actually James. The bonus question there asked for the James with the shortest term, which was Garfield (teams went with William Henry Harrison, which makes perfect sense).

The poetry question that followed proved to be tough too, asking about blank verse, which only one team even got. We ended the round with my favorite question of the night, asking about that insane Kickstart commercial featuring Puppy-Monkey-Baby, which might be the most absurd commercial I have ever seen.

The final round opened up asking about the largest species of parrot, which is the macaw. Unfortunately nobody knew the biggest macaw is the Hyacinth Macaw, which I’ve only heard of from my World of Warcraft days. The classic rock albums question that came next asked about albums from The Police, which only one team knew as well. Heading into the final we asked a question about a cartoon sketch called ‘A Tale of Two Kitties’ which several teams thought was a joke answer.

The final question tonight was about Film Quotes and asked about a US city which is in the top-20 in population and is mentioned in the #50 quote on the AFI list of the 100 most memorable quotes. Only a few teams figured out we were asking about the quote from “Apollo 13”, which was ‘Houston, we have a problem’ and really shook things up a bit.

In third place was We’ve Embraced Our Mediocrity who held the lead up until the end. Second place went to BTF who were so close to winning three in a row. However, the win tonight went to Dalek Dance Party, who had to rally after a rough second half. Congrats! Next week we start with a question about ‘Seinfeld’, so study up!

Wednesday nights are like coming home, and sometimes at home you get picked on. But that’s how they show love right?! Right?! lol. I always have a good time with my Belles teams and I will admit to a gross abuse of my power with the feel like making love sing along. I couldn’t help it, it was fun. As far as the other hijinxs for the night, you just had to be there. So let’s talk finals. In 3rd it was Tokyo Sex whale, and for 1st it was a throwdown between Pete Rose bet on Us and Uranus is a gas giant. Or Col. Angus Hates Uranus. Whatever I decided to call them 😉 It was close.. so close.. 5 years apart on the tiebreaker.. But it was Uranus for the win! They are going to write about it in their english composition notebook tonight ;)Great fight Pete Rose!  I will see you next week for Office Product Manfacturers. That should be a good one.  ~Samantha 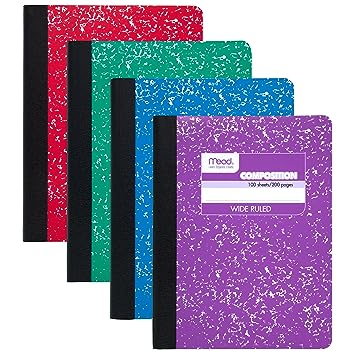 A great group tonight at Bennigan’s where the competition has been quite fierce over the recent weeks! We had a few returning teams that are new who seem to be becoming regulars! Always great to have new teams return, makes me feel like I’m doing my job right! You guys are the ones who give me that confidence reinforcement like I know wtf I’m doing so thanks haha 🙂
Tonight’s game saw the return of Matt Williams School of Management, though the team name got a bit of an upgrade after the Nationals made a bit of a squad change IRL. They now go by the name Dusty Baker’s School of Management. This team is a legend here at Bennigan’s, playing maybe 5 times and having never lost a game. When they show up once every month or so, it’s scary! Would tonight be the game they are beaten? Well Roaming Gnomes had a statement to make tonight, doing their best to keep up!
Going into halftime Dusty Baker was at a perfect 92 points with Roaming Gnomes close behind at 89. If there was a chance to make up ground on them, it would’ve been with this poetry question in round 3, which only 1 team picked up points on… Unfortunately, that one team was Dusty Baker’s School of Management. They were getting everything! A truly great performance.
Despite an amazing night by Dusty Baker, Roaming Gnomes was within 3 points going into the final. With a slip up on Dusty’s part, Gnomes could take them down… Of course that wasn’t gonna happen, these dudes are too good! Congrats to the winners, Dusty Baker’s School of Management, extending their undefeated streak!
2nd place tonight goes to Roaming Gnomes who fought the hard fight but came up just shy. 3rd place to Tan Cat who eclipsed 160 but fell short against a tough field! That’s the game this week, see ya in 7 days guys!
1st Place:     Dusty Baker’s School of Management
2nd Place:    Roaming Gnomes
3rd Place:     Tan Cat
Next week:     International Baseball

We had a packed house this week, as 11 teams fought hard for those crucial House Championship points. With no clear front-runner yet, it’s still anyone’s game, and teams are going in for the kill! OK, no… but they are racking up some huge scores!

Teams learned all about the six presidents named James, the made-up words in the album names of The Police (though, I still think Iron Butterfly is a great guess) and even the largest macaw in the world, the Hyacinth Macaw.

As we approached the final, one team, The Moops, was only 5 points off a PERFECT. GAME. But our skilled writers had one more trick up their sleeves, and presented a fantastic final question. It completely changed up the final standings, as only 3 teams got it right!! We were sent into a tiebreaker, and even THAT was crazy close!!

Second: Polyamorous Virgins
First: Up For Anything
Up For Anything has chosen, “North American Birds” as next week’s category, with the quote, “No more Macaw questions!” following their suggestion. We’ll take it under advisement, and offer up the finest bird question (NA) next week!