Words are hard tonight.. turns out right answers are not! Teams were putting up some major scores tonight, some are even moving in on those Wall of Fame achievements.  Eyes on the prize baby, eyes on the prize.

A great night as a lot of teams came out to Ashburn to win! While there was some arguments if Atlanta is really smaller than Austin it was a civil game! ;p They played their hearts out and Kellie’s Heroes came out and took first!

Zepheira’s
There was no stopping one team from victory last night at Zepheira Sports Bar. It was pretty crazy, but after the final we looked like this… In 3rd was I’m Just Making This Up As I Go Along, 2nd went The Invisible Clan and back in the winners circle was Sanford and Son! They picked “Dr. Who” for next Tuesdays winners choice, so study up and let’s get this party started on Tuesdays at Zepheira Sports Bar!!   ~  Jon J 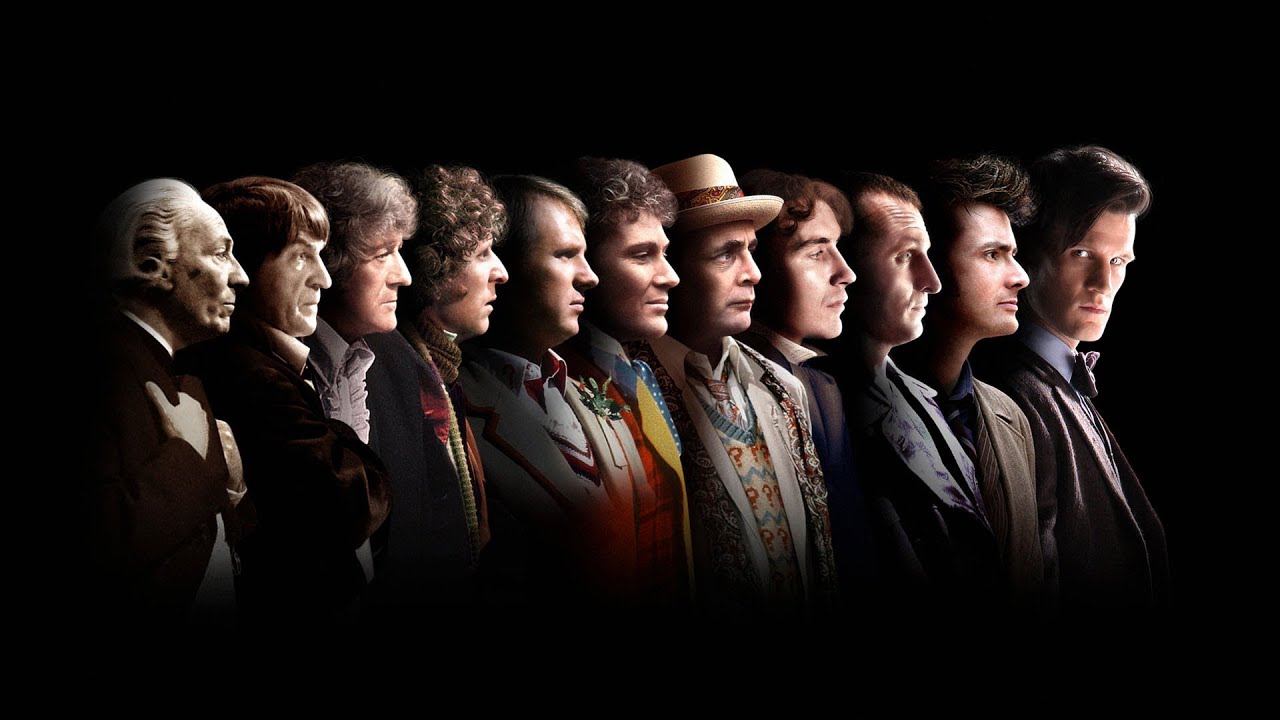 As we hit the homestretch of Season 13, our top teams are perfecting their games in search of those big cash prizes.  At Capitol city Brewing in Shirlington, it had been two months since we had back-to-back victories for any of our teams, but that’s exactly what we had tonight, as Shirley You can’t Be Serious took down another win with a come from behind victory!  They are always a threat at World Series, and hopefully they are peaking at the right time.  In second place, we had the Capitol City Goofballs, whose only mistake was on a board game question in Round 4.  Third place went to the Valley Girls.  Next week, we’ll begin with a question on the film “Waterworld”.   ~ Matt

Oh my Tuesday night teams are a blast, and we had quite a few traveling  (rowdy) teams who jumped in to the mix and made the night interesting! We had a couple cases tonight where teams were SURE they had it, only to lose those high wagers and it definitely took a toll on our scoreboard!

The final was tough, and it was a blast to see teams wait with baited breath for the answer! In 3rd it was Newton’s Minion, a single!, who beat out some rather competitive teams to step up on to the podium. 2nd went to Jungle Fever and in 1st, yeah, it was Wiser but Still Dead. For our first category next week we will have a Triple 50/50 Fact or Fable. See you then!

What can I say that hasn’t already been said several hundred times? The people who come in here to Cugini’s to play are a wonderful group, and I appreciate our couple of hours here every Tuesday evening. Here are your results: Quincy’s in Rockville, Md
Quincy’s tonight looked as if it was ready for the postseason which is upcoming in just over a month now. If We Lose the Terrorists Win took it down last week and were looking just as dominant tonight. They did trail at the half however to our other trivia juggernaut Uncle Jack.
Impressive tonight was a question that was surprisingly difficult for the crowd that snuck into round 2. Less than half of the teams converting on TV Cartoons, a popular bonus category. Winston Cigarettes originally sponsored The Flintstones and even featured Flintstones characters smoking in advertisements. A seemingly well-known fact but only 4 teams picking it up tonight. Uncle Jack missed but with a 1 wager, it didn’t cost them much and they held that halftime lead fairly strongly.
Not much movement in the 3rd and 4th rounds as Uncle Jack had a fairly solid, consistent performance throughout the night. If We Lose was on the brink of just that, losing, going into the final question, now in 3rd place behind Screaming Death Monkey as well. Final played about 50%. Within the top 3, If We Lose did get a correct response BUT Screaming Death Monkey missed. Now if Uncle Jack missed it, If We Lose would mount a tremendous comeback! Unfortunately for them, Uncle Jack’s consistent play resonates through the end of the game and they take down the win! 2nd to If We Lose and 3rd to Big Ole Balls who jump up a bit with a correct response on the final!
Great game all! April just about over so we have ONE MONTH until the postseason begins! Start getting your teams together, your game faces on, and let’s do this! Quincy’s is tough; if you can compete here I’d say you have a good shot at taking down some postseason $$$ so keep joining us! We’ll see you in a week!
1st Place:     Uncle Jack
2nd Place:     If We Lose the Terrorists Win
3rd Place:     Big Ole Balls
Next week:     Hamilton the musical

Tonight we opened up with an audio question about Anthrax (the metal band), and it was pretty ridiculous. The question asked about the rap group that Anthrax worked with on a cover version of ‘Bring the Noise’, which most teams knew was Public Enemy.  The other audio question we did today asked for songs that had ‘Go’ in the title, such as ‘Here I Go Again’ by Whitesnake.

We also had an animal question that was the Facebook hint of the day, despite the picture being of Paula Abdul, which confused many of my teams. The cartoon question in the first half asked about The Flintstones who were sponsored by Winston cigarettes when the show first came out.  Halftime tonight wanted teams to identify the songs being performed based on the pictures, as well as identifying whether different pairs of celebrities are either siblings, cousins, or simply unrelated.

In the second half we opened with a question about things in geography that start with the letter ‘A’, where almost everybody there learned that Austin, TX, is one of the biggest cities in the US.  I liked the animated films question, which asked about a Disney direct-to-video sequel that was named for the villain rather than the hero, and was the first DTV Disney movie. Most teams were able to pull Jafar as the answer, with the title being ‘The Return of Jafar’. I was also glad plenty of teams knew the brand W, which is apparently a luxury brand I’ve never heard of.

In the final round we asked about a color used as an adjective to describe jokes or material of an indecent nature, which several teams knew was the color blue. Tonight’s final question was pretty tough and caused some movement in the standings. The question asked about an American Company that took its name from the Celtic word for ‘River’, and employs a multi-level marketing structure to sell its products, with the correct answer for that one being Avon.

Third place tonight went to I’m With Sarah, and second went to Suck It Trebek. Taking down the win, as one of the teams to nail the final, congrats goes to Fractured But Whole! A few quick shout outs, first to Ignorance is Bliss, who held or shared the lead the whole game only to lose on the final, nice game guys. Also shout out to Book Club Babes, who had one of the top spots but had too many people to qualify for prizes.  Next week we open with another audio question, this time it’s about bird calls though, so good luck!

We had a quiet game over at TK, as teams switch around venues during the crucial crunch for venue points! Tht doesn’t mean our game was any less exciting, as veteran teams battled for supremacy on a hot Tuesday night.

We talked all about luxury hotels, Olympic host cities, and even some deep-cut Natural Born Killers trivia! Rodney Dangerfield, in a dramatic role? Who would have thought!!
As the game reached it’s climax, strategic betting came into play, as our teams vied for that most coveted of prizes: Picking next week’s category!!
Third Place: FUBAR
Second Place: Axis of Ignorance
First Place: Poovey Farms
The gang at Poovey Farms have decided to keep their theme going with a, “Triple 50/50: Metallica or Megadeath?” Looks like they’re hoping for an audio clue!!
See you next week,
-Nick

We had a dogfight on our hands in tonight’s game of Pour House Trivia at Senor Tequila’s!

In “Quick-Draw-McGraw”: Every team had the speed force in them tonight, with all teams turning in answers on 2 clues for the 3 Clues question AND the 6 point clue on the 6-4-2. Y’all were hopped on the good stuff huh?

In “Great-Minds-Think-Alike-Even-Wrong”: No one was able to pull Austin tonight on the A in Geography question; everyone put Atlanta, which is an honest mistake, it’s a big city!

In “How-Do-Y’all-Know-This”: I’ve never even heard of Starwood, let alone their luxury W brand! How do you guys know about this? Are you guys going on exorbitant vacations without me?!

After a tough final our podium was set:

Great game everyone! Next week we’ll kick things off with an Internet Meme question! Don’t feed the trolls when you study up, and we’ll see you next time! Monkey Lala’s in Frederick, Md
Bada Bing! La La was rocking Tuesday night for the trivia throw down! As our next president was (most likely) battling it out in MAryland for not so trivia votes, we were battling it out for every trivia point! And unlike the primaries, our contest was an exciting and tight one. Anyone’s contest as we navigated our way through some tough questions… A few that come to mind are:
– Miner, mason and Killer BEES!
– Flintstones and Winston smokes

– And of course…AUSTIN vs ATLANTA!!!
Those were a few game changers for sure! This one went down to the final, which was no “gimme” itself! Teams went back and forth from AVON to AMWAY. When it was all said and done, our TOP 3 emerged with some well deserved cheers and some La La Loot!

Thanks for coming out everyone! Hope you had fun. Next Tuesday we kick off with a question about the band “OAR.” Until then, I hope you have a great week and I will see you next Tuesday. DG 🙂