Tuesday Trivia is Not For The Weak!

Anyone else a little sore these days? I think we are feeling the effects of all that post Jonas shoveling! We had teams at venues across Maryland and Virginia come out tonight to stretch some mental muscle and give those shoveling muscles a break! Have to stay in shape for the World Series coming up on Saturday. Remember if you were invited to the playoffs which had a snowy demise, you are invited to the World Series.

Thank you to the teams that came out tonight to play trivia at Whole Foods, I feel honored you braved the snow to play! We had a tight game with many of the teams trading placement spots through the night but The Dark Side pulled through at the end being the only ones who answered the last question correctly!
1st-The Dark Side
2nd-Frozen Balls
3rd The Quizlomic Nation
For next week we will start with the Harry Potter Novels. Another season is in the books at Capitol City Brewing Company in Shirlington, and it ended with another win by our house champions: the Capital Hillbillies!  They overcame a slight hiccup in Round 1 to move up to second place heading into the final question, but they were the ONLY team to gain points on that last question, and snuck into the top spot.  Capitol City Goofballs took second, with Gus Polinski and the Kenosha Kickers in third.  We’ll kick off Season 13 with a question on Car Parts!  ~ Matt

Well we managed to find the right paths to get to trivia here tonight at Cugini’s as we had a packed house for our game! Keep and eye out for ice tonight as you head home, and good luck at the World Series this Saturday, I’ll see you there!

You Never Know in 1st

Our first category for next week is U.S. Constitutional Amendments. ~ Ronnie 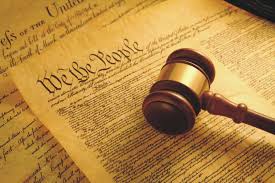 As we try to recover from the blizzard, we still managed to have a nice game of trivia at the Orioles Nest.  Parking was a nightmare because the snow took almost half the spots in the lot, but we managed to get it figured out, thankfully.  We started out with an audio question about 90’s cartoon theme songs, which ended up being a fun one.  We also had another really fun audio question for the second round, this time in the category of impersonations.  The question played Jimmy Fallon’s impression of Bob Dylan, singing a cover of “Hotline Bling”, which was such an awesome version of the song.  I honestly didn’t realize it was an impression the first time I heard it, because of how perfect Fallon’s impression is.

Halftime tonight featured Superbowl moments, asking teams to name the decade they occurred in.  There were some amazing moments in those pictures, like The Titans losing by one yard (such a hearbreaker!) or Scott Norwood’s missed field goal for the Bills.  Halftime also featured questions about things that are also types of weapons.  My favorite was of course the question about Qadry Ismail, who is nicknamed The Missile, although almost everybody mixed him up with Raghib “Rocket” Ismail.
In the second half the hardest question was definitely the Heisman Trophy Winners question, asking about the three Heisman winners from the 80’s who are in the NFL Hall of Fame (Marcus Allen, Tim Brown, and Barry Sanders).  Nobody got even two of them, let alone all three.  The question about the Winklevoss twins was frustrating for a few teams, since they missed the answer but knew the bonus.
Tonight’s final question was about phrase origins, and talked about a phrase that is thought to have originated from a short story by Ray Bradbury about a time traveler.  Several teams figured out we were talking about The Butterfly Effect, which was impressive to me.  Third place tonight went to What Happened to the Dufresnes?? with a correct response on the final.  Second place went to Fractured But Whole, who also nailed the final.  Congrats on the win tonight, however, went to Black Steel, who sniped the final and the win!  Next week we start with a question about The Odyssey, so study up!  I’ll see you all either at World Series on Saturday or next week!
Until next time,
-Chad

We had ourselves a great pre-season game at Tilted Kilt! Teams shook off the snow, and some trivia rust, as we geared up for World Series XII on Saturday. Teams sized up the competition and battled it out for our least-important victory of the year!

Teams learned all about the Ozark Mountains, the “Bash Brothers”, and those pesky Winklevoss twins. As our game progressed, the gap between first place and the field grew, thanks to some lucky wheelhouse questions.
As we approached our final, Poovey Farms had locked first place without even answering the final! But with a final that left all but one team stumped, our leaderboard would change one more time before it was all said and done.
Third Place: Dewey, Cheatem and Howe
Second Place: Ignorance Is Bliss
First Place: Poovey Farms
Poovey Farms have selected “Venture Brothers” as next week’s first category.
Good luck, everyone who is headed to World Series! I’ll see you there!

Senor Tequila’s in Germantown, Md
Tonight several brave teams ventured out into the snow covered landscape to battle it out for Pour House Trivia supremacy at Senor Tequilas!
I think between the snowpocalypse and it being preseason everyone was feeling a little under the weather. Get it? Under the weather? 😛 It was a tough set overall and everyone struggled, even our house champs. So I think we can dispense with the pleasantries tonight.
In third place, Axl’s Doghouse!
In second place, the Unemployed Hand Models Seeking Hand Jobs!
In first place, the John Lithgow Fan Club!
Gear up for World Series guys, and next week we’ll get started with Season 13, where the Winner’s Choice category will be the 1970s Pittsburgh Steelers! Study up on my favorite team, and we’ll see you next time!
Until then,
Ian Monkey Lala’s in Frederick, Md
Monkey La La – Frederick, MD
We had a Pre-Season 13 hootenanny at Monkey La La Tuesday night! And ssshhhhh…we even tossed in a few “only between seasons” FUN RULES! The ole lifeline reared its head and of course, chaos ensued! Some trivia crews from out of town came in to join us as well making Tuesday night a great introduction for Season 13!
And what a set of questions to gnaw on in the aftermath of that little flurry we had! Some of my personal fav’s were:
– Nancy Drew: I may have been a Hardy Boys fan as well but I did appreciate some Nancy Drew!
– DIPTHONG: not for any reason other than it was fodder for some good jokes!
– Schroeder: the focus!

Amidst the fun and wackiness, we did get a great game in and I would like to thank all of you for stopping out and playing a bit. I really needed it! I had been cabin fevered up since Thursday and it was great to get out and hang with you all!
And congrats to our TOP 3 who put on a great show and the 3rd Place tie-breaker was epic! GG y’all 🙂

And that my friends was a stellar Tuesday! Thank you again for coming out and I will see you next Tuesday night for the OPENING NIGHT OF SEASON 13 and we kick that off with an homage to Abe Vigoda. See you then…

I must say, Bill has got some nice teams that come to play at Quincy’s South! I filled in for him last night and had a great time. There was even a battle for 1st place between two teams that was fun to watch! After the final question was answered, this is how it ended… In 3rd place was If We Lose the Terrorists Win! After a great game and a 1 point difference, 2nd place went to Catching Planes! I think they were sweating it a little bit, but after round four they retook the lead and never looked back, 1st place belonged to Uncle Jack!! They picked “Star Trek Captains” (just fom the t.v. shows) for next weeks winners choice that will start off Season 13 at Quincy’s South, and good luck to everyone this Saturday at the World Series!!!  ~  Jon J