The first pull of a cold beer after a long day, it’s that sort of feeling that you get from a good Tuesday night game of Pour House. So sit back, pop a top and check out how it all went down.

A crazy night a whole foods-a whopping 12 teams came out to play as we gear up for a new season! While I learned how to say particular diseases right much to the laughter of the crowd, it came down to the final question….which nobody got! Due to some fancy wagering, Taco Tuesday came out on top!

One last tune-up before the big game on Sunday.  I really hope a few of our regular teams here at capitol city Brewing can make it up to Hagerstown on Sunday, as some of them would really have a great shot at that $2,000 top prize.  On to tonight’s game, which featured a few interesting questions, included a real head-scratcher on units of measurement, where we asked teams how many square kilometers are in one square mile.  A few teams managed to pull that answer, and it helped the Capital Hillbillies (tonight playing as ‘Ali / Frasier 4’) took down another win, followed by Valley Girls and Shirley You Can’t Be Serious.  We’ll be back next week for the first week in our Summer Fling season, with an opening question on the band Aerosmith!  ~ Matt

Sometimes an event happens that’s entertaining enough to stop a game of trivia. Sometimes it’s a group sing along, a dance party, or a group heckling.. tonight though- tonight it was a brawl! Not often you see a bench clear at a baseball game but our birds flock together, and if Manny is swinging you better believe they want a piece of it!

Frankly, I am so hopped on the home run happiness that I am just going to give you the top 3 run down. In 3rd it went to Downtown Dinkytown, 2nd was Wiser but Still Dead and 1st, 1st it was Comfortably Dum! Back in the house and back in charge, I like it. Stay strong in to this weekend Champions, and I will see you at the World Series! Next week we start with the Tv Show Small Wonder. Good luck!

We had ourselves a great “S&G” game here at Cugini’s as we ramp up for the World Series this weekend and the Summer Fling next week. Thanks again for all support throughout the season! Here are the results of tonight’s game:

Our first category for next week is Redskins Superbowl Appearances ~ Ronnie 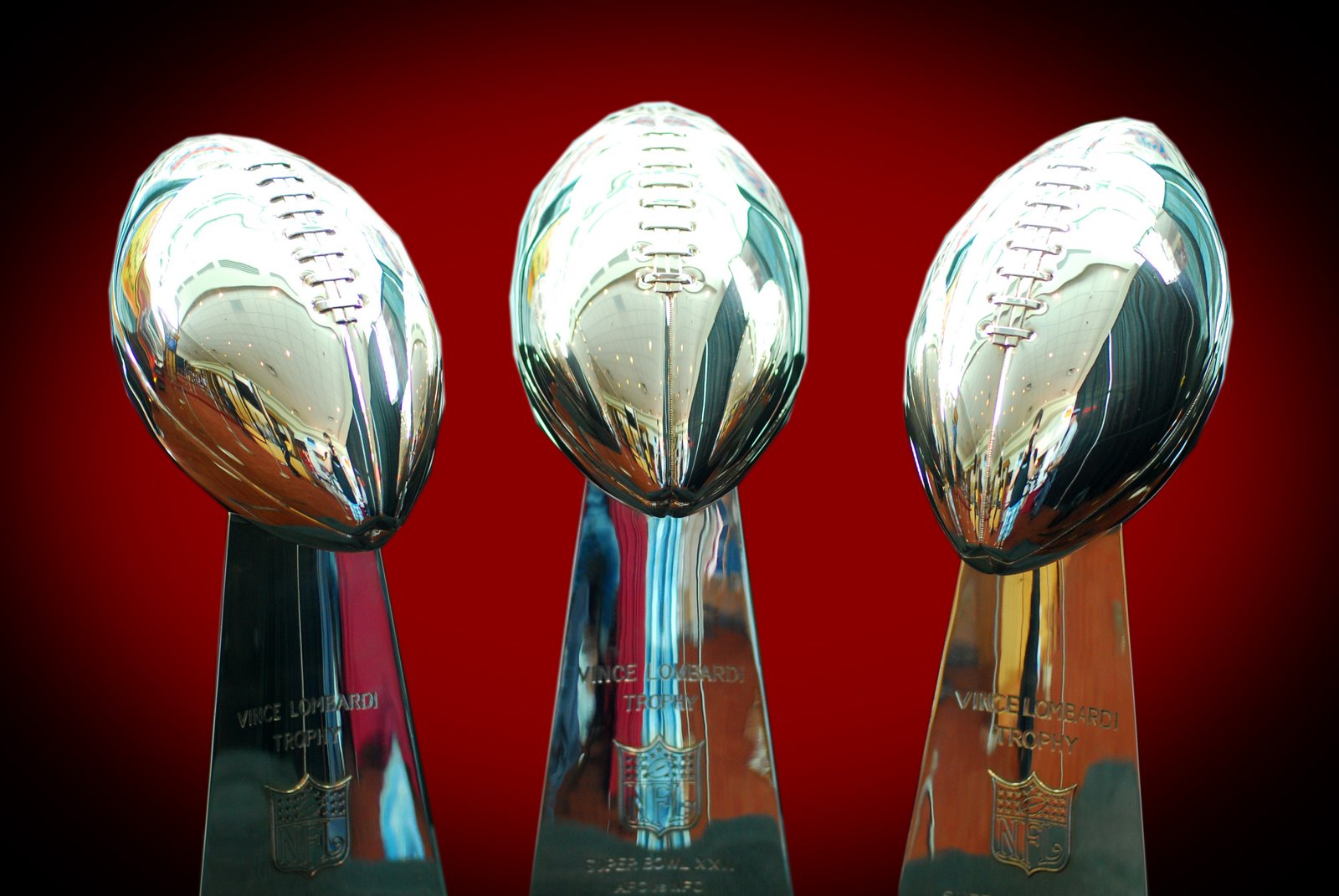 Quincy’s in Rockville, Md
Last game of the season, a few of out teams playing tonight will be in attendance for World Series 13 on Sunday! An exciting time of the year for trivia players, glad to see those of you who came out tonight to get in one last game before the big one goes down in 5 days! Not all of our regulars showed tonight but notably we had If We Lose the Terrorists Win and Screaming Death Monkey here tonight, both competing on Sunday. We’d see how it would unfold.
Screaming Death Monkey led for a majority of the night, with If We Lose just behind them. If We Lose managed to be in the mix of things even after dropping two 5 point bonus chips in round 2 and round 4 respectively. A math question in round 3 tripped up the whole field, giving an advantage to teams who would bet 1 instead of anything showing confidence. Measurement math apparently is a weakness for the field tonight.
Going into the final, Screaming Death Monkey led by a few points. So all they would need is a correct final response and they’d win. Right? Well, not tonight. They decided to go against traditional betting strategy and not bet to cover, giving up their lead to If We Lose the Terrorists Win after every team got the final correct. My advice would be, if you’re in 1st, and you get the final correct, you should win 100% of the time, so you should bet to make that work. But that’s just me.. I’d personally feel more comfortable putting my fate in my team’s ability to answer a question rather than the fate that other teams aren’t good or that the question is hard. Just leaves too much up to fate rather than the ability. But we could talk game theory all day.
So yes, If We Lose comes back to win another one even after missing 10 points in bonuses. As Denny Green would say, “If We Lose is who we thought they were, and we let them off the hook!” 3rd place goes to SDM because of a questionable bet, 2nd place to Catching Planes. Back in a week. Good luck Sunday.
1st Place:     If We Lose the Terrorists Win
2nd Place:    Catching Planes
3rd Place:     Screaming Death Monkey
Next week:      The Bachelor TV Franchise

Tonight’s game featured several lead changes and drama throughout, and even a fight! Okay, the fight was between the Royals and the Orioles, but that still kinda counts, right? It’s too bad Manny is going to be suspended, but that Ventura fellow deserved it for sure.

We opened up today with a question about Game of Thrones characters (the ones that have survived since season one), this time asking about Tyrion’s sell sword companion named Bronn.  We also asked about the Chicago Bears defensive lineman who scored a TD as a running back in Super Bowl XX, William ‘Refrigerator’ Perry.

Tonight’s audio question asked for song titles based on their rather unique cover versions. I thought the Richard Cheese cover of ‘You Oughta Know’ by Alannis Morissette was particularly fun, although they were all pretty cool.  We also learned a pretty neat fact about Presidents, when we learned that Polk had the shortest lifespan of any that died of natural causes, when he died of cholera at 53 years old.

I also liked the question about a Disney film loosely based on a Charles Dickens novel, which was Oliver and Company (Oliver but with cats). I was impressed that anybody knew that Dodger was voiced by Billy Joel.  Halftime asked teams to identify different films based on scenes involving computers, as well as identifying two word answers with the initials B.C.

In the second half, the math and measurement question was the toughest, asking teams how many kilometers (rounded to the nearest whole number) equals 10 square miles, even giving teams multiple choice. Even still, almost everybody missed it, with the answer being 26km. The Video Games question was fun too, asking about the game we are playing if you were playing Sub-Zero and I turned into a dragon and ate half of your torso as my finishing move, as well as asking for the character that I was playing. Most teams got Mortal Kombat, but only a few got Liu Kang as the character I was playing.

Tonight’s final question was in the category of celebrity milestones, and asked for the celebrity whose newly created Twitter account became the fastest ever to 1 million followers, as a result of a retweet of the new Vanity Fair cover in July of 2015. Most teams got to the answer of Caitlyn Jenner, which didn’t change scores up too much.

Third place went to Fractured but Whole, and second went to the Book Club Babes. Tonight’s win however went to Black Steel, with Carl making his triumphant return after a brief hiatus (glad to have you back!). Next week we start with a 3-Partquestion about Songs Named After Celebrities, so study up! And good luck to those of you playing in the World Series!

World Series was on everyone’s mind, as we played out a preseason game filled with fun moments. Most of which come from you teams sassing me. And the sass levels were very high this week, in part due to the low stakes of  the game. But that didn’t stop teams from providing each other with a stiff level of competition!

With a doozy of a final proving to best our teams, we had our top three.

Second Place: Axis of Ignorance
First Place: Poovey FarmsPoovey Farms has chosen, “2016 Tony Winners That AREN’T Hamilton” as next week’s first category. Be sure to tune in this weekend, and I’ll see you either at World Series XIII or next week! We had a wild and wonderful night of Pour House Trivia at Senor Tequilas! New teams and old teams and teams with crazy new names for the night battled it out in a very tough set!

In “Technical-and-Question-Difficulties”: The bizarre cover songs question was difficult to tune in to. As it happens that may have had more to do with the fact that at some point my finger slipped and smacked one of my tuning sliders and made it very hard to hear the lyrics. That said, even after adjustments were made, few teams got credit, so it was still a toughie.

In “We-Need-a-Disney-Night”: Oliver and Company has always been one of my favorite Disney movies, purely because of Billy Joel’s awesome music. So it hurts me deeply that so few of you got this one right! Come on guys! Why Should I Worry?? Come on!

In “Come-On-Guys”: Safe. Safe guys. Come on, use your noggins. That was an easy one! Perfect set-up! How did we not get there?!

The final turned out to be a bit of a softball, so the podium was quickly set.

In second place tonight, Employed Hand Models Seeking John Lithgow in Axl’s Doghouse; brought to you by Beer Pressure! What a mouthful!

Great game everyone! Next week we’ll go organic as we kick off the Summer Fling with a Whole Foods Market question! Should be far out, man! See you then!

Summer Fling Pre-Season/ World Series of Trivia pre-heater was ON Tuesday at La La. And the oven is hot for this weekend’s post-season bar trivia festivities in Hagerstown, MD. We should have quite a handful of crews this weekend vying for the title of Season 13 Pour House Trivia Champion! And apparently we have some crews coming in from multiple states to throw down. This Sunday is going to be amazing!

And if Tuesday night’s trivia game was any indication of that at La La then oh yes…it is ON my friends!
Our first category tonight was a fun one: “Things that Happen in Less than 2 Minutes.” And that set the stage for a fun night of wildness and craziness. And while we sold a total of ZERO “Safe Sex on the Beach” drinks I did see a ton of Fireball shooters go down the hatch! It really was a close one the whole night with the 6-4-2 being the turning point. Many teams went for a 6 point gamble and it cost them. But a few did early snipe the U of Miami and were able to convert that into a Top 3 showing for our final game of Season 13.
Congrats on a game well played y’all:

And thank you everyone for playing this season. As always, it is a highlight of my week to host trivia for you at La La. I hope to see you all this summer at the Summer Fling 2016. And we kick that off next Tuesday night with a question in the category of “Denny Sings Whitney Houston.” 🙂 Fun Fun! Can’t wait…

Until then though, I wish everyone the best of luck THIS SUNDAY AT WORLD SERIES OF BAR TRIVIA 13…Bring ‘dat trophy back to La La baby! Rock!
Luv ya – DG