That final though! Moving things around just when you thought you were safe! You just never know what’s going to go down- keep ’em guessing! Did you come out and give it a shot tonight? See if your team got a shout out below in the recap.

The Summer season is underway at Quincy’s in Gaithersburg, and we’d like to give a shout out to Blue Collar, who finished in third place in our 81-team field at World Series XIII.  It’s the best performance by any Quincy’s team at any of our World Series events.  Having said that, it was no surprise that Blue collar took down the win to start the Summer season.  Suck It Frosty took second with Catching Planes landing in third place, after moving up several spots on the final.  Next week, our game begins with a question on Mathematicians!  ~ Matt

Had lots of new faces in Champions tonight- and even a baby! Nice to see all of you come on out and start your Fling with me! My cheating spheel was apparently a good one tonight as I heard a few oooh’s and only a couple giggles.. I do try to impress you once in awhile. Gotta stay on top of my game, nothing but the best for my Thursday night spot.

Speaking of impressing- That final! Man! Teams were pulling it out of hats, from under their chair and out of thin air.. but they got it! Some of our top teams missed it and it threw the top 3 in to a tizzy. Teamer McTeamface had been leading strong but fell on that final and allowed FNQ to squeeze in to that 3rd spot. 2nd went to Dammit Bobby! and 1st tonight was the newly branded team of Swipe Left for a Better Team Name! nice grab! Next week we start with Classic Rock Songs in Reverse- Audio. Oh man. Sam’s not singing that one. 😉 ~Samantha 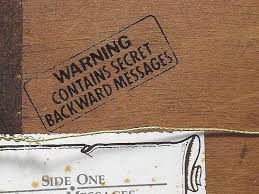 We had ourselves one howling good time inside Bunker tonight for the inaugural Summer Fling game, all while the winds were howling outside and shaking the windows. Quite a storm! Thanks again for coming out, and here are your results:

First category for next week is “Dim Sum” ~ Ronnie

Close Game at the end between the Quizknows and the Navy!  The Quizknows were able to get the correct Final Answer, maintaining their first place position. It wasn’t the first and second positions that were interesting though. It was the Hot Chicks, who completely bombed their third round, placing them in last, but what an INCREDIBLE bounce back for that third place prize by being the only other team with a correct Final Answer. Congrats Hot Chicks and that Old Geezer! Thanks to all that participated and I look forward to seeing you next week!

First Category for Next Week will be Chemistry!

Girl Power was on fire tonight. From the start of the game, right to the end they had the power! Right behind them was In Bocca securing the second place slot. 3rd place went to the Cup Chicks, only two strong tonight, but they knew their stuff. Next week maybe a whole new world with Disney as our winners category. First game of the Summer here at the Fish Market! Last week’s numbers were HUGE and we hoped for the same turnout tonight! Got close to it, showing a large number of teams coming out tonight to join us. Could be anyone’s game tonight. Last week we saw Dirty Dirty Kitten take it down, would they have the same success changing their name to We Come From Behind? Time would tell!
After the first half, Two Birds One Stone led at halftime, with Saint Olaf in 2nd. Very close game throughout. Round 3 saw one of the hardest questions of the night when we asked about a very populous North America city on an archipelago. Lots of teams went for it with New York City but came up short. Even after the choices came up, still most teams went with Mexico (I guess the name of the archipelago sounded quite Spanish?).. Only a few teams getting points there.
Going into the final, it was anyone’s game. So many teams so close together, a miss would take you out of the running but a get would throw you right up to the top! That certainly was the case tonight. Well, the team in first missed it. The team in second missed it. Seemed like everyone in the top missed it until we got to our 6th place team, We Come From Behind, who did JUST that and CAME FROM BEHIND TO TAKE DOWN THE WIN! Great finish! What a final! 2nd place to Six Foot Turkey, and 3rd to Tito’s. Good start to the summer! Back in a week! Until then, guys 😉
1st Place:    We Come From Behind
2nd Place:   Six Foot Turkey
3rd Place:    Tito’s
Next week:      WWII Europe The first night of the Summer Fling at Guido’s Speakeasy is officially in the books! The top 3 teams of the night were actually pretty much decided before the final question was even asked. Finishing in 3rd was #Dustin Davis, 2nd went to T.N.C., and the first winner of “The Fling” went to our season 13 house champs (using their new name) Meth, Maybe Once!! In an attempt to challenge Mr Matt Frost, the winners choice category for next week is “Bea Arthur’s Rack”. (Good luck Matt!) So study up and at least come check out what the first question might be next Thursday at Guido’s!!  ~  Jon J