The Who and some taxes with Wednesday’s Pour House Pub Trivia!

We’re over double digits now, even with a venue off tonight, which is so awesome.

Today we got to listen to some Disney music (even if they were super short clips) and we had a bit of a geography lesson (Kazakhstan is HUGE, and is definitely not in Europe). Also for consecutive days we had a final answer that was a song title, this time a song from The Wizard of Oz. You’d think Margaret Thatcher’s death would have been the cause for sadder songs, but turns out she wasn’t all that well-liked in the UK, causing Ding Dong! The Witch is Dead! to be our final answer, jumping back into the music charts after more than 75 years.

In the end, we had a tie for 2nd and 3rd place between a team of seven and a team of one! Winning the tiebreaker was That’s What You Get For Thinking, who took down 2nd place. In 3rd place was our solo player, Hand Solo, who lost a narrow tiebreaker. Our winners tonight benefited from a difficult final even though they did get the right film! They just went for the wrong song. Either way, congrats to Car Ramrod on tonight’s victory, well played. Thanks for coming out and playing in our new time slot, next week we start out with BMX as our opening category. Time to study up I suppose!

Another exciting night at Bar Louie, as a field of new teams took on some roaming veterans in a battle of wits and… well, actually, pretty much just wits.

We learned that Europe is made up of tiny countries, but some are more tiny than others. We also discovered just how well you know your television trivia, and briefly considered breaking out some Zumba moves before deciding that it was too much effort. (It’s the thought that counts when it comes to exercise, right??)

As the game reached it’s climax, the leaderboard was turned on it’s head, and we crowned a brand new team champion. It pays to remember both film AND British history, as veteran team Gryffindor fell from first to third. Sneaking into second, a team who certainly won “Most Drinks Consumed”, was Festivus! And first place went to Multiple Scoregasms (No, not that team), taking it down as a solo act!

Congrats to everyone who played, and I hope to see you back next week! The first category, as chosen by Multiple Scoregasms, is Comic Books! SNIKT!

Well Round 1 & 2 started off innocent enough – and NO I am not making a cheap joke about the “Extra Virgin Olive Oil” question. Round 3 & 4, however, served up a hot main course in what turned out to be a spicy game of pub trivia, Hagerstown style!

We had some new crews, and some veterans in our midst Wednesday night. And from start to finish this was a game for sure! Sad, Fat, Dragons came out of the gate and held the lead all the way through the game. And then…DING! DONG! THE WITCH IS DEAD! It hit, and hit hard. The leader board got a little shake-n-bake put on it!

Props to our new team, Cardio Mega-trons, a DUO NO LESS, for taking the W at Bernies! That is no easy feat gentlemen – nice work!

Fun game…I think my contestants for ANSWER OF THE NIGHT have to be:

2. Thug Life, only because it is sooooooo ME

Good times everyone! See you next Wednesday for some more Season 11 trivia-ness. We kick off with “Infectious Diseases,” courtesy of our nurse team The Cardio Megatrons! Have a great weekend my friends! See you soon.

Tonight we had a PHT first – We had a young man do a “Prom Proposal” to his girl at halftime! She said YES! Thank God, right? What would he have done. Haha, lucky we don’t have to answer that question.
Luck was with that kid tonight, but was it with our trivia teams? Well, I’d say yes. We didn’t have any SUPER KILLER questions tonight. Our hardest question was The Who, which was a bit under half, but the set as a whole played a bit easier than last week (perhaps our teams got smarter in the last 7 days). We had a large number of teams tonight, eclipsing the 15 team mark for the 2nd week in a row; that warm weather is getting people out of the house and out to our game, which is fantastic! Disney played very easy tonight, guess I’ll have to remember that Disney is a strong category for us here!
Tonight’s game saw last week’s winners, My Favorite Team, in first place going into the final. The final played extremely difficult tonight, with only 1 team getting it correct. That one team was in fact My Favorite Team, who win for the second time in 7 days! Congrats guys! Anderson Cooper? takes 2nd, who only had 3 of their 7 tonight. Good game guys! 3rd place went to Axl’s Doghouse who bet defensively on the final and it paid off! Congratulations to our finishers tonight! We’ll be back next week! The weather is only getting better so I expect each and every one of you to come back out to join us for good weather, good times, and good trivia! Until then 😉
1st Place: My Favorite Team
2nd Place: Anderson Cooper?
3rd Place: Axl’s DoghouseNext week’s category: Recreational Drugs

That 4th round was a killer tonight!

You can never be sure what the trivia gods will hand you, especially in the second half! What’s going so well could turn oh so bad, oh so quickly.

There was only one team who seemed to be immune to the 4th round kiss of death and that was 2 Live clue 2! Holy lord did they play a good game. Fun to listen to the trash talk tonight 😉 2nd went to Dewey Decimators, they managed to slide right in there on a correct (and yet Evil) final. Rounding out the 3rd spot was Constantly Changing Team name who were quite excited since they thought 4th round knocked them out of it.

Next week we will start out with a first category of Frederick County history. See you then!

We had a crazy packed house to start our night of trivia at Memories Charcoal house!! There was definitely some heated competition, but after multiple ties throughout the game and a tie-breaker for third place, here’s how the prizes shook out: Winning out in the tie-breaker for third place was XXX! Just ahead of them after a valiant effort, in second place were The Usual Suspects!! Taking home the grand prize with an impressive lead after the final were our Experienced Virgins!! they managed to slip out before I could snag the first category from them, so stay tuned for that update! I’ll see you next Wednesday! – Torie

Next Wednesdays winner’s choice question is IRS Tax Codes (sooo exciting!). Get back to see me next week at the Tavern!!

Crazy night of ups and downs with live trivia at Putters’ Pub in New Market tonight! Three teams battled it out through all manner of Q’s and A’s that separated the men from the boys and the goats from the sheep. Whatever that means.

Tonight we waxed poetic about Andre Braugher taking over San Marino’ supply of extra-virgin olive oil, The Who singing hymns for a Zumba class, and two laboratory mice named Binky and the Wang hatching a plot to use QuickenLoans to overthrow Margaret Thatcher!

Strange Winers took tonight’s top spot with the lone correct answer to the finale with 19th Hole taking second and Team Leekey rounding out third. Next week’s category is a Celebrity Death Match Triple 50/50 Who Said It: Ethel Merman or Ethel Mertz! Can I pull it off? Only one way to find out! See ya next week!

It may have been a cool night, but things got heated pretty quickly during tonight;s game of Pour House trivia at the Revolution Bar!

In “Failed-Singalong-Attempts”: I love Disney. I love singing it. I love attempting sing-a-longs. So when they fail miserably, it makes me sad. Can’t anyone feel the love tonight?

In “Holy-High-Scores-Batman”: 5 out of 6 teams scored 20s on tonight’s puzzle page, and the last one got a 19. We might as well have not had a puzzle page.

In “Points-Points-For-Everyone”: As I read the question, I could already see how things were going to end: Ancient History question, asking for the civilization and then giving Ramses – might as well have said Egypt in the question.

The final, apart from causing everyone to dissolve into a fit of giggles. didn’t have much of an impact on the standings.

For their round one question one category next week, they have chosen the ABC television block of programming known as TGIF! Should be a fun one to study for! See you all next time! 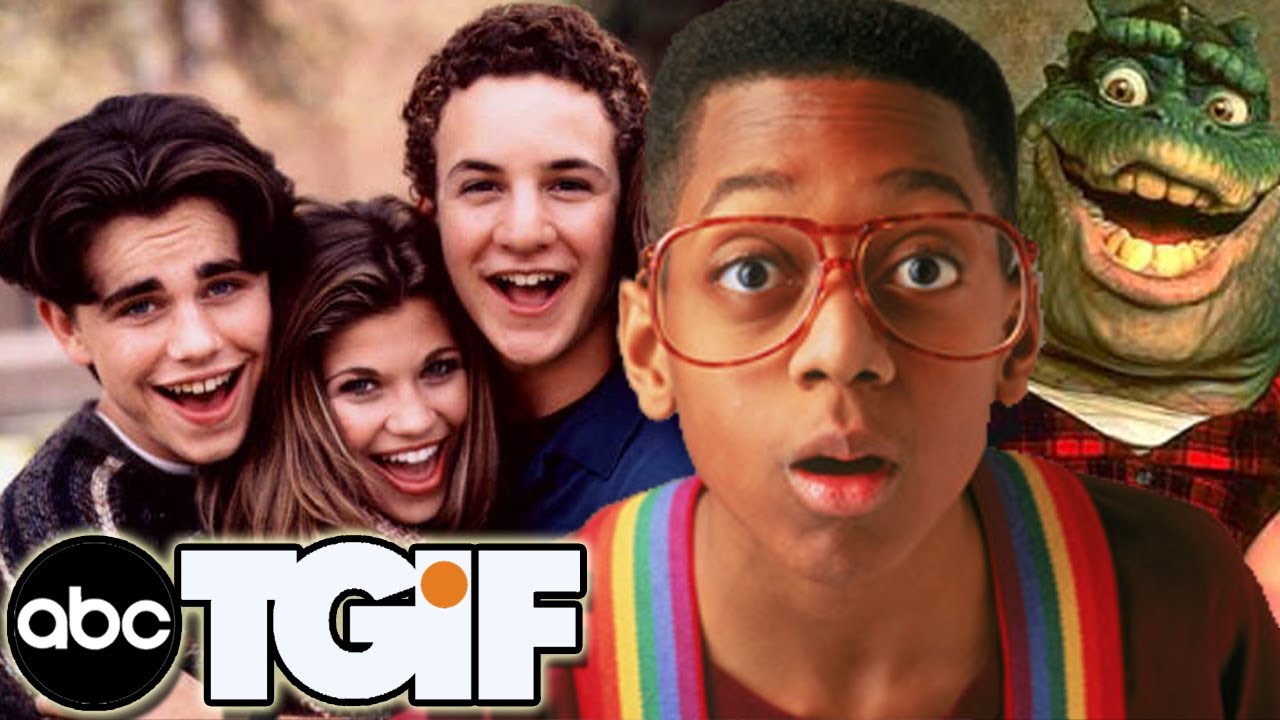 What a night at T. J. Stone’s in Alexandria!  The final proved to be very interesting, as almost every team could peg “The Wizard of Oz” as the most famous movie music from 1939, but that’s where a few teams were not thinking deviously enough.  But two teams were able to give me the correct answer: one of those was our winning team the B-58s!  The other was Three’s Company, who came from way back to manage a second-place tie with House Red, but came up a bit short on the tiebreaker and had to settle for third.  Next week, we look a solemn anniversary by asking a question on the Lincoln Assassination.  ~ Matt

The battle lines have been drawn here for live trivia at Valley Grill in Middletown, with several times clawing and scraping past each other to get ahead in this World Series points race!

Here are the results of tonight’s action:
Stupid Sexy Flanders in 1st
Southpaw Fish in 2nd
Drunk Savants in 3rd

Our first category for next week’s game is “Bill & Ted’s Bogus Journey.”