The lowdown on Monday

The down and dirty details on our Monday night games, right here and right now. Enjoy them!

It was another fine game of trivia here on another fine Monday night at DRP in Alexandria. A couple of new faces in the game, and a team of eight got to pick the first category for next week. Here are the results:

Tonight’s game started out with a question about Australian Geography, asking for the southernmost mainland state, which is named for a 19th century figure; most teams did well in naming the state of Victoria.  The audio question for today asked teams to either identify a common word among three song titles or name all the artists. I never would have guessed that the song ‘Don’t Stop’ was by Fleetwood Mac, since I didn’t hear any Stevie singing, but that was definitely right.  We also had ‘Don’t Ask Me Why’ by Billy Joel and ‘Don’t Know Why’ by Norah Jones, who ended up being the hardest of the three.

Halftime asked teams to identify Debut Albums by the cover art, as well as matching Disney villains to their sidekicks.  In the second half, the hardest question of the night was definitely the homophones question, which asked about the name of the title character from a Sinclair Lewis novel, which is a homophone with the best selling American hard rock group of all time. Only a few teams knew that the answer was Arrowsmith/Aerosmith.

Tonight’s final question was in the category of images and advertising, and talked about how several companies spent over $66 million for the rights to use something in their ads for the year of 1986. Only one team knew that the year and the answer pertained to the centennial of the Statue of Liberty, which was our answer.  Only one team getting the final correct definitely moved scores around though.

Third place tonight went to That’s A Niner, and second went to Cotton Candy, who held the lead for most of the game. Tonight the winners took the lead at the last second; congrats to Danny Glover! Next week we open with the category of ‘Chad sings #1 hits of the 1980’s’, and you don’t wanna miss that!  I’ll see you all next week! 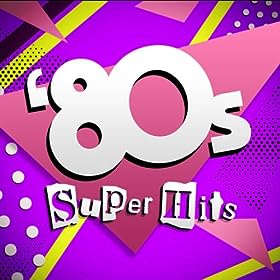 As we approach the dead middle of the summer, it seemed that il Forno was the place to be tonight! Hot outside but we got a cool refreshing breeze inside from the AC… Did I mention that it was HOT in here anyways? No, not the temperature, just the ACTION! Trivia night is always a heated encounter but tonight’s game was pretty strong.
The A Team has taken down a good number of consecutive wins at il Forno. As their reputation preceded them, they led going into the half but not by much. Two, maybe three points separated The A Team from the competition. We had a number of perfect scores on the halftime page, The A Team not being one of them, a weakness shown that could give other teams some hope of catching up!
This so-called “weakness” did NOT stick with them, as they put up a nearly flawless 3rd round holding a 6 point lead going into the final round of trivia. Chicken McThuggets was close but needed The A Team to slip up on SOMETHING to have a shot to claim the lead. The unfortunate part is that the slip up was actually by the Thugs themselves, who missed the U.S. History wager and it cost them a 5 point bonus chip! With that, The A Team coasted into a 13 point lead going into the final question, which we all know means “GG”…
The A Team take down the win tonight with a zero bet, a bet that would’ve been wise for most teams to duplicate as every team missed the final. 2nd place to the Chicken McThuggets, 3rd to MC. Good game tonight guys, just another month or so until the Summer Season commences, keep joining us and GETTING THOSE POINTS! We’d love to see you playing for the $$$ in September! Until next week 😉
1st Place:     The A Team
2nd Place:     Chicken McThuggets
3rd Place:     MC
Next week:     Flags 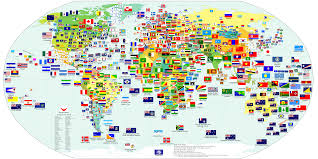 Clarendon has proven to be a hot spot for live trivia at Spider Kelley’s! 14 teams battled it out for the top spot, and it was neck and neck up to the very end! We had a question about African countries with the letter Z in their names, and one team decided to be rather cheeky and submit “Zouth Africa” as their answer. My South African friend and former trivia teammate Patrick will appreciate that 😛

It was an extremely close game all night, with only 4 points between first and third place. However we had a stonker of a finale, resulting in Jimmy’s in Vegas submitting the sole correct answer and clinching the win. High School Prom held the top spot all night but fell victim to the finale and finished second with Kitten Mittens in third. Whitney will be taking over as the permanent host next week, where the Winners’ Choice category will be the TV show “Deadwood.” Apparently it’s a Western – I always thought it was an advert for Viagra 😛

Thanks for a great night!

What I love most about the summer fling is that, while we certainly have our regular teams shaping up here at Bennigans, we also get plenty of fresh faces in each week, and tonight was no exception, for a spicy game!

In “Are-You-Listening-Closely?”: “Need full titles people!” “Need both words for credit!” “Need the word in common OR all three acts! Either for your wager, both for bonus points!” I can only repeat myself so many times guys, come on now! Use dem ears!

In “A-Little-Behind-The-Times”: I’m sorry to inform the majority of teams tonight, but Zaire is no longer a country! I think it’s Congo and Democratic Republic of Congo? I’m not entirely sure, I just know it doesn’t exist anymore. Zululand on the other hand I don’t think was ever a real country…

In “Just-A-Little-Skewed”: Hard to give an average on the puzzle page when more than half of the 12 teams got 20s on it. Results may vary, and may be skewed!

After breaking an interesting tiebreaker, we had our hard fought podium!

In third place tonight, losing a tough tiebreaker, Don’t Piss Off The Faeries!

In second place tonight, with the tiebreaker, Just Good Enough!

In first place tonight, after a hiatus from ME anyway, coming back strong, One Crow Short of a Murder!

Great game everyone! Next week we’ll kick things off with another Ian Sings category, this time it’s Frozen! Just FYI, you can Let Go of the idea that I’m gonna sing Let it Go. It ain’t happening! See you next week!