Monday Night is Alright- Once You Add Trivia!

Looking down the barrel of a long week, sometimes you just want to put your cares away for a bit and celebrate some victories. Monday night calls for beer and 9ers!

It is a beautiful night tonight down here in Alexandria, and yet another great game of PHT here at DRP. A tie-breaker was needed to settle the score for 1st and 2nd. Here are your results:

Our first category for next week is American History, cya then! ~ Ronnie 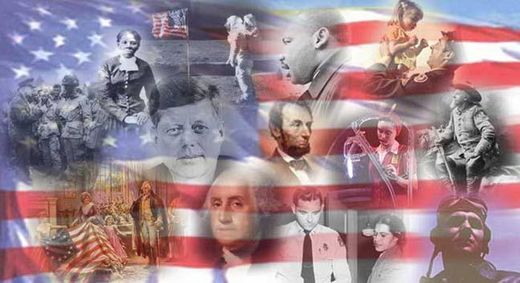 We had a quick and wild game of Pour House Trivia tonight at the Roast House! A beautiful night for a tough competition.

In “The-Answer-Formerly-Known-As-Prince”: The Prince answer was fairly easy one tonight, but the last name bonus points were not as easy to come by. I did have several Charming answers, but couldn’t give credit for them!

In “Heartbreaking-Answers”: Only one team managed to pull Bertholdi as the bonus for the Colossus of Rhodes answer. Unfortunately, they dudn’t put the Colossus, they put the Lighthouse of Alexandria. Tsk tsk tsk. That hurts.

In “Double-Tiebreaker!”: After a tie for second snarled things up at the end, neither team had paid close enough attention to the Who Wants to Be a Millionaire question, so we had to go to double tiebreakers. Did you know that Lowenbrau opened in 1383?? That’s a crazy old brewery!

Once the tiebreakers were settled, we had our podium!

In third place tonight, the Castrators!

Great game everyone! Next week we’ll kick things off with a WC category of Beyonce’s Beyonce Album! Listen and study up, and we’ll see you next time!

Tonight’s game opened up with a question about Wrestlemania and asked teams for Hulk Hogan’s opponent at Wrestlemania VI, which was The Ultimate Warrior.  We also asked teams about a musician who at one time went by ‘TAFKAP’ which was The Artist Formerly Known As Prince, with only one team knowing Prince’s real last name is Nelson.

The audio question for tonight asked teams to identify the TV theme song for a current TV show, as well as identifying the person singing it. Just about everybody knew Fuller House, but only about half knew that Carly Rae Jepsen was singing it. We also asked about the alliterative term for a basketball shot that is scored as time expired, which most teams knew was a ‘buzzer beater’. We also asked for the Villanova player who made one of those shots last week against UNC, which was Kris Jenkins.

Halftime asked teams to identify movies with ‘Great’ in their title, as well as matching fast food chains to their slogans. I’m sure somebody out there has seen ‘The Great Buck Howard’, but to me and everybody else in the bar, it might as well be made up.  In the third round the hardest question was definitely the one about the human body. The question asked for the 5-letter term that refers to bones in the head or chest, which most teams answered as ‘torso’ for high wagers before getting the crossword clue that said it started with an ‘A’. Turns out the answer was axial, which only a couple of teams got.

We also had a tough world cities question which asked for the former capital of Nigeria which is the most populous city in Africa, as well as naming the current capital for a bonus. Unfortunately several teams thought that the answer, Lagos, is the current capital, when the capital is actually Abuja.  I really liked the Fictional Characters question about the character sometimes known as ‘24601’ after spending 18 years in prison for stealing bread and attempting to escape multiple times.  I was glad most teams knew we were asking about Jean Valjean from ‘Les Miserables’ by Victor Hugo.

In the final round we learned that a lot of people forgot what the median is for statistics, with several teams mixing it up with the mean. We also had a question about the current MLB season, which asked about the team that got shut out in their first three games of the season. Several teams were able to get to the San Diego Padres as the answer.

The final question tonight asked about brand logos, and talked about the brewing company which gets its logo from a fresco of Daniel in the Lions’ Den. A few teams managed to get the answer of Lowenbrau, which changed things around quite a bit. Third place went to Sad Fat Dragons, and second went to The Cobras. Winning tonight, congrats to That’s A Niner on the victory! Next week we start with a question about mathematics, so study up! I’ll see you all next week!

Back at il Forno again with just about 6 weeks left in the season! It’s getting close to Playoffs and World Series and hopefully the teams are starting to think about how they plan to tackle that challenge. MC and The A Team have been flip-flopping victories for almost 2 months now, we’d see tonight if a new winner would be crowned.
The A Team started off very strong, leading by 4 points going into the 2nd half. A group of teams were all very close but a 4 point gap between 1st and 2nd at the half is actually pretty impressive. The 3rd round had no business slowing them down either as they barely missed anything, even picking up points on the “Axial” question that only 1 other team was able to come up with.
The A Team nailed the 6 point clue, blitzed through round 4, and going into the final they led by about 20 points, locking the victory. Even with the strong lead, they managed to come up with a correct response on the final which made for an even stronger victory. Grats A Team, let’s see if they build another streak!
The 2nd and 3rd places were up for grabs. Only 3 teams got the final correct so some things did get shifted around a bit. Chicken McThuggets and MC were tied in 2nd going into the final BUT both teams missed the final and we had some of the trailing teams jump into the money! 3rd place tonight goes to Useless Gnawledge! 2nd place to Piggy Doodles! Good game all! We’re back in a week.
1st Place:     The A Team
2nd Place:    Piggy Doodles
3rd Place:     Useless Gnawledge
Next week:     Girls (HBO)

Season XIII rolls into the second half and our regular crowd at Spider Kelly’s continues to make things interesting each week.  One of our regular teams, Walking Talking Stephen Hawking, had a fantastic first half, leading the way with 94 points!  But a crucial mistake at the start of round four cost them nine points, and they dropped back into second place heading into the final.  Only three teams came up with the correct response, and so yet again it was High School Prom taking down the win! WTSH did take second, with Ives Mansion snagging third place.  next week, we begin with a question on Guitar Chords!  ~ Matt