Monday Night was Sporting some Smarties!

Monday night, beginning of the week, could be miserable and yet- there was trivia! Makes everything better, much like beer.. Funny enough, beer and trivia often go hand in hand so it’s a win win situation. Check out the Monday night write up here.

One thing you can always count on is a packed Monday night here at DRP in Alexandria, thanks again to all of you fine folks for coming out to play! Pretty straight forward game tonight, with the final three separated by only a few points. Here are the results:

ALL CAPS in 3rd

Our first category for next week is Wolfgang Amadeus Mozart ~ Ronnie

Tonight we opened up with a question about the TV show ‘Supernatural’, which asked for the ‘prestigious west coast university’ that Sam was attending at the beginning of the show. Turns out that boiled down to essentially a 50/50 between Stanford and UCLA, with Stanford being the answer.  We also learned that there is a Columbus, Georgia, and that it’s the second most populous city in the state.

The audio question for today asked teams to identify songs that had a word starting with the letter ‘Z’ in the title. Most teams knew ‘Zoot Suit Riot’, but ‘Everything Zen’ (by Bush) and ‘Twilight Zone’ (by Golden Earring) were a bit tougher.  Halftime asked teams to identify Broadway shows based on the picture, and to match theme parks to the cities they are located in. I was surprised to see both Disney Land and Disney World on the list, which was a bit confusing.

In the second half we had a question about a ‘Peleton’ which apparently describes a group of athletes in cycling.  We also had a neat question asking about the concept of ‘willy-nilly’, which most teams were able to get.  We also learned that a sackbut is the direct predecessor to the trombone, which one team actually knew!

The final question for tonight was about ‘Bizarre Film Facts’ and asked for a movie where the lead character was erroneously referred to as ‘Pierre Cardin’ in the French version. One team realized that Cardin is a fashion designer, and figured out they swapped his name in for Calvin Klein from the English version, with the answer being ‘Back to the Future’.  Third place tonight went to Kids Eat Free On Tuesdays, and second went to 404: Answer Not Found with a strategic zero-wager.  The win tonight went to Cotton Candy, who led throughout the whole game, congrats! Next week we start with a question about the TV show ‘The Practice’, a show that does NOT star Allen Iverson, which is shocking to me.  I’ll see you all then! 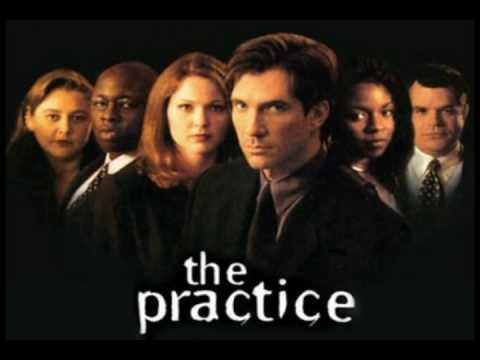 Big game tonight with lots and lots of teams! Seems now that August is upon us, people are returning from their vacays and feeling the URGE for some TRIVIA! We had some new teams join us tonight but the field was dominated by veterans and it definitely showed. For the first time in a while, we had:
A. Many scores over 150 going into the final
B. A close game between the teams up top
C. A team NOT named The A Team running the scores up!
An epic game saw Wrecking Ball holding the lead all freaking night! They led at the half, after 3, and looked to hang on to the lead going into the 4th round with a successful 6-4-2. The A Team was one of 3 teams to pull the trigger and go for the 6 BUT all 3 teams fell short! The 2 point lead Wrecking Ball enjoyed became a 6 point lead in an instant!
After the 6-4-2 and after round 4, Wrecking Ball remained up top! They were dominant all night! Just behind them was The A Team, Chicken McThuggets, and a few other teams fighting to squeeze into the top 3. Wrecking Ball would finish this strong showing with a win if they could come up with a correct response on the final. Only 1 team able to convert the final into points. Turns out, that team was WRECKING BALL taking down the win! First time this summer, I believe. Wrecking Ball has been with PHT a LONG TIME and it felt good to see them get back to their winning ways!
2nd place tonight went to Dire Wolves who’s defensive wager on the final helped them hop up a good 3 or 4 spots! Great decisions pay off! Way to go! 3rd place to Chicken McThuggets and for the first time in God knows how long, The A Team fails to finish in the $$$! Sometimes that happens. Oh well, I’m sure they’ll win next week. Until then 😉
1st Place:     Wrecking Ball
2nd Place:    Dire Wolves
3rd Place:     Chicken McThuggets
Next week:     Aeronautics

Spider Kelly’s in Arlington, Va
It’s never easy stepping into the shoes of a well established host, to sub for a night of Pour House Trivia. They’ve got their way of doing things, and I have mine, so it’s always the question of just how well will you mesh with the veteran house teams.

Thankfully, I think we got along pretty well during our game of Pour House Trivia at Spider Kelly’s!

In “Pleasure-Before-Business”: When a team you know and like but don’t normally see at your bar comes for a visit, it’s always a nice feeling. When you run into an old team you haven’t seen in ages because they happened to come out to this bar that you happened to be subbing at for the week, you run around and give them a big hug! Was wonderful catching up with Mess and Jegg tonight, after a long-time-no-see!

In “No-Bonehead-Calls-Here”: The 6-4-2 was a toughie tonight, but I have to say I was very impressed that no one went for it on the 6 point clue with a guess of Bagpipes. Self-control is key, and I thought for sure we’d have one; good on you guys for being patient!

In “I-Don’t-Even-Wanna-Say-Her-Name”: Just mentioning her in a trivia question calls far too much attention to “author” Stephanie Meyer. Her books are garbage and should be destroyed. I may have ranted and raved a bit…

After a tough tiebreaker tonight, we had our top spots.

Honorable mention to DC Superintendents for hanging tough all game but couldn’t quite get there in the end. You’ll get em next time!

In second place tonight, I hope the $25 dulls the sting of losing that tiebreaker, Kitten Mittens! You guys played great all night, that was a tough break at the end.

Thank you all for being so welcoming to me tonight! I know I can’t exactly replace Matt, but it was a great night nonetheless. Next week I will be back in action in Clarendon for one more night, when we kick the game off with a South Park category, courtesy of the PC Principals! So study up, and I’ll see you next time!