We have all been stuck inside for far too long! We had a couple venues who were not quite ready for the Trivia Mobs, so no games at DRP or RoastHouse on monday night but our other venues were open and more than ready to see some fresh faces! Check out the recap to see how our Monday night went down across the PHT nation.

I’m honestly impressed by how many people were at the Greene Turtle tonight, what with all the snow that just got dumped on us.  I guess everybody was getting stir crazy after the weekend being stuck inside.  Tonight we started out with me singing Barry Manilow for the first question.  I ended up singing “Can’t Smile Without You” and making teams finish the lyric at the point where I stopped singing.  We also had a question about the weather in the first round, which was entertaining to me at least considering this past weekend.

Tonight’s audio question had teams name the song based on the three second clip that was played.  I’m surprised anybody knew the Kid Rock song “Cowboy” from that intro, but I guess it was a bit more popular than I thought.  The question about Mrs. Doubtfire cost some teams their bonus chips in the second round, since it ended up being a bit tougher than expected.  Halftime tonight featured before and after movie titles, as well as some African Geography.  I was glad to see teams do well on the African Geography section, and the movies were tough but a couple teams did really well on it.
The second half opened up with a question about fashion designers, this time Yves Saint Laurent and Diane von Furstenburg.  We even had a question about beans, asking about the navy bean, which is something I have never heard of before today and caused some problems for teams.  The periodic table question tripped up a few teams as well, asking about elements whose symbols are consecutive letters in the alphabet.  We also learned today that MASH featured the first nude male bottom on TV, courtesy of Radar.
The final round opened up with a classical composers question.  The question asked about two Baroque composers from Germany, one of which moved to England.  The answers were Bach and Handel, although nobody knew Handel.  The Superbowl Quarterbacks question asked about the two most recent QB’s to win a Superbowl and have a single digit jersey number.  It was nice to see Joe Flacco come up as answer (Russell Wilson being the other one).
Heading into the final question we had a bit of a gap in the scores between the leader and the rest of the field.  Fisted Sister decided to “take a knee” on the U.S. Presidents question, which asked teams to name the three states that the four Presidents on Mount Rushmore were born in.  Taking third place tonight with a zero-wager was The Cobras.  Second place went to Cotton Candy who nailed the final.  Winning tonight, taking the runaway (even though they still got the final right too), congrats to Fisted Sister on the win!  Next week we start with The Wire, as the opening question, so I’ll see you all then!
Until next time,
-Chad 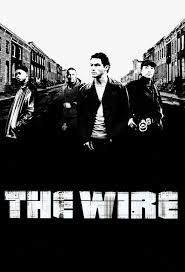 Teams managed to escaped the snow and head to Il Forno for our pre-season game. They weren’t accruing House Champion points, but that didn’t stop some tough competition from going down!

Teams learned all about Nostradamus, the official soup of the U.S. Senate – Navy bean soup – and even took a moment to reflect on “the face that launched a thousand ships”. As the rounds continued, our teams were put to the test in a little taste of what’s to come at World Series.
As we went into the final, quite a few teams were still within striking distance of the top spots. All but one team missed the final, giving me Illinois instead of Kentucky as the birthplace of Abraham Lincoln, and our top three were locked.
Third place: Off in Public
Second place: Four Nick Haters (the new, Season 13 name for Duchess)
First place: I’m With Sarah
Sarah has chosen “Marsupials” as next week’s first category. Bill will be back as your host, but I had a great time hosting for him. See you guys at World Series!

I guess everybody in the Clarendon area had a little cabin fever, as we had a full house return to play Monday night trivia at Spider Kelly’s.  The last few weeks have been dominated by PC Principals, who overcame a slight hiccup on the movie question round two to take command in the second half and take down their fifth win in a row!  They will be a force to be reckoned with on Saturday for the big money.  Kitten Mittens took second with Jimmy’s in Vegas returning after their hiatus to take third.  Season XIII starts next week with a question on Super Bowl I.  ~ Matt