Monday Night, Racking up the Points!

So many teams, so many good questions! Great to see so many of you out and about starting your week off right! Our daily blog gives you the details on our Monday games.

We had about 1/3rd of our field as new teams here at DRP in Alexandria; it was nice to see all of the new faces! Close game there at the end with only 4 pts separating the top 3 teams. Here are the results:

Title One Forever in 1st

Our first category for next week is “The Fibonacci Series” ~ Ronnie 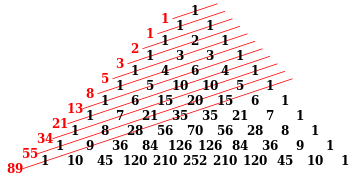 Tonight we started out asking about the American Revolution, asking a question about the infamous Benedict Arnold. The question asked for the New York fort that Arnold planned to surrender to the British in September of 1780, with the discovery of these plans revealing him as a traitor. I had several teams put the name of the fort that he helped capture in 1775, Fort Ticonderoga, but a few knew the fort we were looking for was actually West Point.

Tonight’s audio clue asked teams to identify different George Clooney films based on the audio clips (which prompted a Clooney Sux on one of the answer slips), which teams did pretty well with, all things considered. Halftime asked teams to identify the films based on the famous footwear, as well as unscrambling the names of star athletes. I’m not sure Tim Tebow counts as an NFL star, but oh well.

The hardest question of the night was definitely the shared titles question, which asked for the name of a 1959 song by Phil Philips with an aquatic title, as well as being a film starring Al Pacino. Only one team knew the film was ‘Sea of Love’, and they also knew that the female costar was Ellen Barkin.  We also learned that a Bantam is a type of chicken in the Boxing question.  I was impressed by how many teams got the name of the non-fiction book ‘The Elements of Style’ by William Strunk.

The final question for tonight was in the category of vocabulary, and asked teams about a three letter word that is used a lot in sports, politics, and theater, among other things; the word also currently has the longest entry in the OED of any word. Several teams managed to get to the answer of ‘Run’, and things moved around a bit. Third place went to Rice Rice Baby, who entered the final question with a share of 1st place; second place went to the Bends. However, tonight’s victory went to 404: Answer Not Found! Nice job guys! Next week we start with a question about Tommy Wiseau’s film ‘The Room’, so study up! It’s the best movie ever!

A great crowd joined us tonight as we start diving deeper into the summer season! Lots of teams from last week, some teams re-joining us that sort of went away near the end of the school year, and some new faces too! Glad to have each and every one of them here tonight as we kick off week 2 of PHT Summer 2016!
A notable return was the Dire Wolves, who won in strong style last time they played here. They didn’t seem to struggle at all last time and tried to give the same dominating performance tonight. Forno favorites The A Team tried to make a case that they were the best in the bar tonight though, defending a fairly formidable win streak and having lots of recent experience to back up this attempt.
Going into the half, The A Team led by about 7 points; the Dire Wolves unfortunately dropped a 9 pointer on the movie question which would’ve put them in the mix… Sometimes its just not your night. Though, full disclosure, I know we had at least one Cleveland fan on the Dire Wolves so he got his biggest win on Sunday night; losing trivia was only gonna hurt a little after that big moment hehe…
Lots of hard questions in round 3 and 4 and The A Team did NOT have trouble with any of them! They led by 21 points going into the final. That’s all she wrote. A zero bet allowed them to take down the win tonight! Dire Wolves managed to climb back and finish the night in 2nd place while MC rounded out the top 3 with a defensive 0 bet on a final question miss! Great game guys, back in a week!
1st Place:     The A Team
2nd Place:    Dire Wolves
3rd Place:     MC
Next week:     Chocolate

The Summer fling continues as we welcomed a couple of new teams to Spider Kelly’s on Monday night.  It was neck-and-neck all night, with every team within ten points of the lead even into the final round.  The last round spread out or teams just a bit, but in the end it was Jimmy’s in Vegas who came from behind to take down another win!  Second place went to Goys and Birls, with Helen Keller Birdwatching Society in third.  Next week, our game begins with a question on the all-female group The Donnas!  ~ Matt

Well I am bushed, because the inaugural night of Pour House Trivia at the Frederick Bennigans was a hot one! New teams, old teams, and some traveling teams all crowded into the new space and jockeyed for that $50 bonus prize and first week win bragging rights! I think this place is shaping up to be a great night of competition!

In “I-Swear-I-Better-Not-See-Baby-Pictures”: When the parents decide to come out every now and then, it’s a nice surprise. When they decide this is going to be their new venue as they return to trivia, I now have to be ever vigilant. Because they will not hesitate to embarrass me. I must be prepared to return fire!

In “Books-I-Would-Totally-Read”: I have no idea what a book on The Elements of War by E.B. White would look like. All I know is that after a team put that for an answer, I now wish it was a thing so I could read it.

The final was a tricky one, and caused a last second scoreboard shake-up.

And taking it down tonight, first win at Bennigans and an extra $50 in their pocket, Cher’s Zombie Army!

Great game everyone! Next week, we’ll have our first winner’s choice category, and it seems appropriate: Triple 50/50 Audio: Dropkick Murphy’s or Flogging Molly! Study up on your Irish Rock, and we’ll see you next time!

Until then,
Ian
Earn $100 for Referring PHT