Looking down the barrel of a long week, sometimes you just want to put your cares away for a bit and celebrate some victories. Monday night calls for beer and 9ers!

Welcome back to DRP after all the playoff action we had this past Saturday, congrats to you if you made it into the World Series this Sunday! Tonight was an S&G game but we still had fun as always. Don’t forget that Summer Fling starts next Monday. Here are the results of tonight’s game:

Our first category for next week is “naval auxiliary ships” ~ Ronnie

We had a relatively quiet night tonight at the Roast House. Our game of Pour House Trivia was quick and dirty and was a nailbiter, right until the end.

In “What’s-In-the-Tea”: The teams were extra giggly tonight, across all the teams, and the only common denominator seemed to be the iced tea. I have no idea what was in there, but y’all need to chill!

In “Magical-Mystery-Tour”: We decided to keep things a bit interesting tonight and play blind for the majority of the game, in regards to scoring. Made for quite the tense ending. Well, to me it did.

In “4th-Quarter-Nosedive”: It’s probably a good thing I was keeping the scores quiet because the fourth round was murder; no one got out of the final round unscathed! If they only knew just how badly…

The final was a tricky one and shook things up at the end.

Next week we’ll kick things off with the WC category of Ian Sings Rogers and Hammerstein! Should be interesting enough xD

Even though it was the one off week between the seasons, teams still came out strong and definitely brought it this week. Tonight started with a question about the film Lethal Weapon (Starring Danny Glover), and asked for the name of Gary Busey’s character, which was Mr. Joshua.  We also had a D-Day question in the first half, which was fitting considering that today was the 72nd anniversary.  The question was asking for the names of two of the beaches in Normandy that were attacked by Allied Forces. We specifically wanted the ones named for a US state (Utah) and a chemical element (Gold).

The audio question asked teams to identify films that starred Cameron Diaz based on the film clip that was played. Of course we asked for Charlie’s Angels and There’s Something About Mary, and a few teams got to Any Given Sunday as well.  Halftime asked teams to identify the landmarks based on photos taken before they were finished, as well as identifying the missing member of the famous foursomes.

In the third round we asked about a celebrity who portrayed both The Acid Queen in ‘Tommy’, and the leader of Bartertown in ‘Mad Max: Beyond Thunderdome’, despite being much better known as a singer than an actress, which was Tina Turner.  We also talked about a non-fiction work that mentioned Watergate and a man known as Deep Throat, which was ‘All the President’s Men’. I was most impressed that one team knew the actor who portrayed Deep Throat, which was Hal Holbrook.

In the final round we asked about the first MLB pitcher to earn a $100 million contract, doing so in 1998 with the Dodgers, and had a ‘colorful’ last name. The answer that only a few teams got was Kevin Brown, who originally started with the Texas Rangers.  Tonight’s final question was in the category of World Geography, and asked about the countries that only border one other country, of which there are 17. Among those countries, we wanted the country with the longest border and the country with the shortest border.

A few teams managed to get the final answer and that moved some scores around a bit, with the answers being Canada for the longest and Vatican City for the shortest. Third place tonight went to Danny Glover, and second went to That’s A Niner who nailed the final. The win tonight goes to Cotton Candy making a return appearance, congrats! Next week we start with a question about ‘Avatar: The Last Airbender’ (the cartoon series), so study up! I’ll see you all next week when we kick off the summer season, and good luck to those teams competing at World Series! 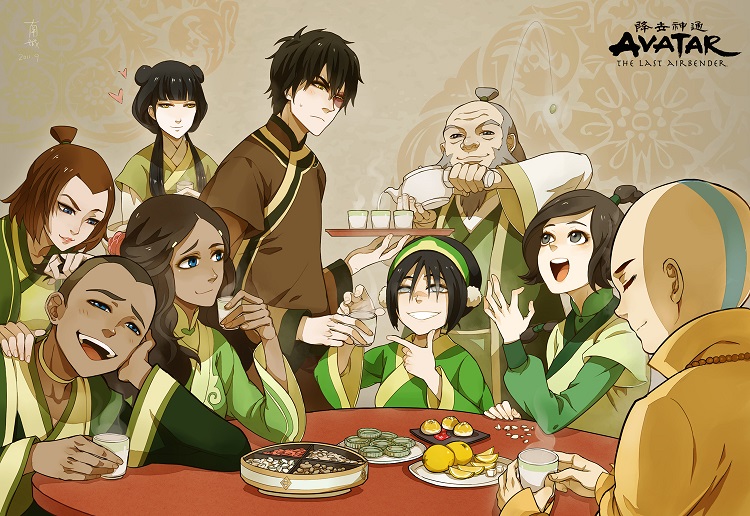 Today was the first AND last game of the break between Season 13 and the Summer Fling season. Playoffs were this past weekend and the World Series is less than a week away! We had a great number of players tonight come out and brush up at the last minute before it all goes down on Sunday. Gonna be a heck of a game if tonight was any barometer on what to expect!
MC and The A Team seemed tied up all night long. Tied at half in 1st place, tied after the 3rd, still in first, tied after the 6-4-2. The only thing that broke them up was round 4, which unfortunately hit MC much harder than it hit The A Team. True, both teams picked up Kevin Brown. And both teams missed The Playboy Club. But the next 3 questions were crucial as MC missed 3 wagers in a row and The A Team got them all, including a 2 point bonus on Comic Strip Canines, the only team to do so.
That 4th round propelled The A Team into the lead, with MC back by 12 exactly. The A Team decided to bet the 1 point and try to stave off MC from netting them in a tie. A correct response would give The A Team the win, and that is precisely what happened! A correct response, a win, a heck of a way to go out leading into the World Series game this Sunday! 2nd place to MC and 3rd to Much More Deeper who jump up with a correct response on the final as well!
Heck of a game tonight, very excited to see what goes down this Sunday! Hope to see most of you there! I’ll be the dude on the computer eating cheese fries. Pretty pumped! See ya then! Back next week too, we’ll talk about it. Later.
1st Place:     The A Team
2nd Place:    MC
3rd Place:     Much More Deeper
Next week:     Art and Artists

One last tune-up before the big game on Sunday, and our game tonight at Spider Kelly’s included a few teams that could make some noise at the World Series!  Rolling into first place tonight was a team making its second appearance at our venue: Domo Arigato Demi Lovato!  This team of three people and an infant rolled through tonight’s set, and snagged the final at the last second for the win (I suspect the baby is a ringer).  Hopefully it’s the first of many victories for this team.  Second place went to Kitten Mittens, who I hope has their full team on Sunday!  Don’t forget that we are back next week with the first week of our Summer Fling season, and we’ll be starting with a question on Famous Babies!  ~ Matt