We laughed, we cried… Ok.. wait.. we didn’t cry. There’s no crying at trivia. We sure as hell laughed however! The good, the hard, and the hysterical on this Wednesday night of Pour House.

It was like sunny Southern California tonight here in Middletown, no humidity, no bugs, and beautiful blue sky for miles. I can’t think of a better setting for a patio game of PHT, and can’t remember the last time the conditions were so pristine. Many teams got tonight’s final, but a couple of teams in the running had a tragic miss which caused the scores to launch some of the middle teams into the spotlight! Here are the results:

There was a great battle for the coveted 1st place spot throughout the entire Wednesday night game at The Tavern! I think I had a different team leading at the end of each round last night! Of course, being the team leading after the final question is answered is all that matters, and last night it ended like this…. In 3rd was Bette Davis Fan Club, 2nd went to Blame it on the Butter, and finally a bride instead of a bridesmaid… 1st place went to Shart Attack!! They picked an anime’ show for next weeks winners choice, “Sword Art Online”, so study up, and I’ll see everyone next Wednesday at The Tavern!!

Great time was had by all at Belle’s Wednesday night!  Pour House regulars and newcomers alike thrilled to the sight of hostess Sam breaking in her trainee, Austin, like a wild horse.  A tricky math question – what improper fraction is often used to approximate pi? – drew jeers from all those who thought their algebra days were long gone (answer below).
A wild come-from-behind win for team Comfortably Dum, who were one of only two teams in a field of ten to correctly answer the final question.  They have chosen “Triple 50/50: Ren or Stimpy” as their pick for next week.  Silver medals for Tokyo Sex Whale, with Sam’s S&M Hotline rounding out the top 3.
Looking forward to seeing everyone again next Wednesday!
-Austin R.
(Answer: 22/7) 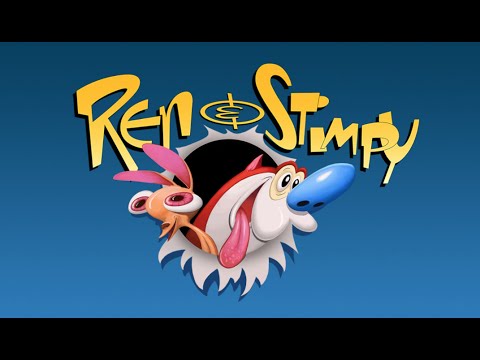 After last week, I’d thought maybe we’d lost teams to the joys of summer but MAN we had a pretty packed house in here tonight! We had some old teams, some new, some travel teams, but one thing they shared was the passion to take down the W tonight! With some pretty tough questions in the set tonight, it would take consistency to come out on top tonight.
One team that wanted that to happen was Graham Top TJ Bottom. In addition to bringing a new definition to the word “cocky”, they were able to back up the smack talk by holding a lead at the half (they even insisted I give a shout out to their perfect 20 on the halftime page, the only team to do so). As facepalming as that may have been, props to them for playing a good game.
The 2nd half would prove if they had what it takes to win. Roaming Gnomes snuck into the lead after the 3rd round, making Graham sweat quite a bit. They held that lead going into the final, trailed by LMNOP and Graham Top TJ Bottom, both tied in 2nd place. Final question played about half, which mixed up the competition just a bit. Turning it in almost right away, the Math Debaters came up with a correct response and jumped into the money finishing in 3rd. LMNOP broke the tie and finished in 2nd tonight but Roaming Gnomes capped off an impressive comeback with a win tonight!
Great game tonight guys. More summer trivia action next week, we’ll see ya then!
1st Place:     Roaming Gnomes
2nd Place:    LMNOP
3rd Place:     Math Debaters
Next week:     Rush This week’s game was full of surprises, some welcome, others challenging. Teams puzzled through a variety of questions, all eager to scoop up more Summer Fling points on the way to the Championship!

The final proved to be divisive and decisive, with teams picking one of two states for their answer.
Third Place: Polyamorous Virgins
Second Place: Wait, Wait, Don’t Tell Me
First Place: We Hate The MoopsThe Moops informed me that this makes 10 straight wins for them, and decided to celebrate by picking, “Triple 50/50: 1980’s College Basketball Players from the ACC or Big East”. You know, not to be too specific…
See you next week!

Tonight we opened up with a question about US State license plates, which gave three different license plate slogans and asked for the corresponding states. Most teams recognized Wild and Wonderful as being West Virginia, but Heart of Dixie (Alabama) and Native America (Oklahoma) were a bit tougher.  The audio question we had today was an interesting one, where each clip was separated into two different songs, with the first song’s one word title being identical to the second song’s artist, with the three answers being Jet, Rush, and Madness.

Halftime asked teams to identify different animated films which won the Oscar for Best Animated Feature, as well as identifying the numerical answers to different questions.  In the second half we opened up with a question about deserts (NOT desserts), which was immediately followed by a question about desserts (NOT deserts), which led to plenty of confusion and hilarity, at least on my end.  I know I definitely said the wrong word at least a few times.

We also asked a math question where we asked for the fractional representation of Pi, which is sometimes written as 22/7.  We also asked about the record for the most home runs hit in a single game, which is four. Unfortunately no teams knew that the only active player to have accomplished this feat is Josh Hamilton.  Tonight’s final question asked about US State Symbols, asking for the State whose legislators tried and failed to make the cairn terrier their Official State Dog. One team managed to get to the answer of Kansas, because Toto was a cairn terrier.

In the end, third place tonight went to Just Good Enough, and second went to GI Joey Broseph. The winner tonight however was We’ve Embraced Our Mediocrity with a nice game! Next week we start with a question about Rick and Morty, so study up!  I’ll see you all then!

Barefoot Bernie’s in Hagerstown, Md
Denny’s away and the mice will play. Welcome to the new team, Dirty Martini. A great game of fast paced trivia was had, even if it was a pretty low-key night with 7 teams.
My favorite answer of the night: What were the top 3 Schwarzenegger movies that all begin with “T”? True Lies, Total Recall and TKindergarden Cop. Well played.
The rankings mostly stayed the same through out the night. Sad Fat Dragons had been in 3rd going into the final, but moved into second by bumping Probes Exploring Uranus to third. Biffslap had first place standing since the first round and kept it all the way through the final. Who knew Toto was a Cairn Terrier?
Next week, we’ll be asking about Custer’s Last Stand. Wolfie’s in Smyrna, De
We some amazing teams play last night! Laughs all around Wolfies, especially when we got to an answer of “booby.” Ha. Booby.  Most answers were brought up quickly, stumped teams on a couple, but once the answer was read they were in “ahh we knew that” mode. Tonight, we enjoyed the great food that is always served by Wolfies, great company and Molly’s (Wolfie’s staff) birthday! The next two weeks, Wolfies will not be holding Trivia, due to host on Vacation.
1st Place: Team Awesome
not far behind (3 points)……
2nd Place: Team Irish Eyes
3rd Place: Team Seth
Winner’s Choice: Air Force History

The summer rolls on in Arlington, with our Wednesday night game at Hard Times Cafe.  Tonight, an interesting final question shook up the standings, with all of the correct answers coming from teams in the middle of the pack!  Here’s how it settled… a BRAND-NEW team called Fonts of Knowledge had one of the correct answers, and they took down a win in their PHT debut!  Second place went to Couch Potatoes, who played flawlessly until that last question.  Finally, we had Billy Snacks jumping up four spots and taking third.

Unfortunately, Hard Times Cafe has closed its doors for business, and Pour House will no longer be hosting trivia on Wednesday nights.  Thanks for your support!  Be sure to check out Spider Kelly’s down the road every Monday!  We will keep you updated when another Wednesday night venue opens in Virginia.