It’s a (Wednesday Night Trivia) Party In the U.S.A.!

Wednesday night means eight venues hosting Pour House Trivia, and Wednesday night is a perfect night to get you thinking about the weekend.  Tonight, we discussed the recent nuclear detonation by those pesky North Koreans, and wondered what it would be like to have a four-time Super Bowl champion as your state Governor.  Most importantly, we discovered that most people have completely forgotten all of the nursery rhymes they read as children (if they ever read them at all).  The most interesting question of tonight’s game dealt with shared pro sports team names, specifically hockey teams.  News Flash!  Hockey is a sport…  Enough of that, let’s get to the nightly rundown:

–> Highest Score after Round 4: Roaming Gnomes (Bennigan’s – Clarksburg) with 162

–> In a strange occurrence, the two toughest questions of the night were both asked during the first half.  Only about half of our teams were able to recognize the tagline for the film “Girl Interrupted”, while only about 30% of our teams were familiar with the nursery rhyme “Monday’s Child”.

–> Teams scored an average of 15.5 on the halftime sheet, with only three teams scoring a perfect 20 points.

Who is the only father-daughter duo to each have songs parodied by “Weird Al” Yankovic?  (You’ll find the answer later in this blog)

I came in to substitute host at the Valley Grill on Wednesday, and was impressed with how good the teams know their stuff.  There were a good amount of teams moving in and out of first place throughout the game, and still had a another shifting of the top three after the final question.  Don’t worry, Ronnie will be back next week, so study up and thanks for putting up with me at Valley Grill!

Did you ever read a category name that just made you shudder?  I thought we’d already hit rock bottom last year with “Who Said It: Don Corleone or Jesus?”  Alas, we may have sank to a new low tonight with “Children’s Toy or Body Part”.  Needless to say, the jokes that flew tonight would’ve made Olivia Benson and Chris Hansen raise an eyebrow or two 😛

It was neck and neck for most of the game until The Lewis Carroll Fan Club pulled ahead and took the top spot by just one point.  Thanks for letting me play along for the night, and I’ll see ya next time!

This week’s game kicked off with a question about Andrew McMahon. For those of you asking ‘Who?’, that’s a fair question; he’s a singer/songwriter who’s had a few hits  such as “Cecilia and the Satellite”.  The question asked teams to identify the blood disease that he fought, which was leukemia.  Today’s audio question was about musical common bonds, and had three songs with a similarity in the titles; the songs were “Jack and Diane” by John Mellencamp, “Ball and Chain” by Social Distortion, and “You and I” by Lady Gaga. The link was they were all ____ and _____ song titles.

Halftime asked teams to identify college team nicknames that didn’t end in ‘S’ based on their logos, as well as matching Presidents to their First Ladies.  This halftime page ended up playing pretty tough, with the average right around 14.  The game ended with a question about “Weird Al” Yankovic, asking for the only father/daughter pair to each have songs parodied by “Weird Al”.  The answer was Billy Ray and Miley Cyrus, which didn’t move scores around much.  Tonight’s winners, holding onto a narrow lead going into the final was We’ve Embraced Our Mediocrity!  Congrats!  Here are the final results:

Next week’s first category: Triple 50/50: Sean Bean Films: Does He Live Or Die?  My money is always on him dying, but who knows.

Wednesday nights are always fun, but when it’s a night where all the teams know each other, it’s just above and beyond what’s expected to go down.  We can’t always talk about it, and it’s not always legal, but it’s always a good time.  If you missed it, you missed it and you shouldn’t miss it next week.

No matter how much they tried to bribe me with questionable monies, Flight Level Awesome came up just short tonight.  Here are the final standings:

After a week of debauchery at the beach, I was back in action tonight, albeit still a bit scrambled, for another fiery game of Pour House Trivia at Bennigan’s!

In “Tricksy-Questionses!”: While I know there were no trick questions tonight, there were certainly a fair few that tripped up a lot of teams in their overthinking!  The Rubik’s Cube and NHL Team questions were particularly mind-boggling to the teams.  Gotta be careful guys!

In “Y’all-Are-Lucky-Spelling-Doesn’t-Matter”: Tungsten, Nescafe, glockenspiel, kumquat; if spelling counted, some of you guys would be kicking yourselves!  I should start offering extra two-point bonuses for crazy words!

In “Best-Wrong-Answer-Of-The-Night”:  I think everyone agreed that the 2 point bonus on the math question was a doozy; Newton was gettable but Liebniz was out there man!  So faced with that, one team decided that the feud over the father of Calculus was settled reasonably, and said “Jonny Calc Bert Ulus” were the two involved.  A brief round of applause followed.  Well done 😛

The final came and went quickly and without much ado we had our podium:

Next week’s first category: “Law and Order: SVU” (Specifically, anything after season 3.  Apparently the first three seasons were bad?  I dunno, I don’t watch it.  Regardless, that still leaves like 14 seasons, so you’ve got some ground to cover!)

Great game everyone!  We’ll see you next time.

Season XIV is two weeks in and Bennigan’s is getting HOT with the competition!  Last week we saw Don’t Call Me Shirley start off the season strong with a win!  Tonight, that team was missing a few of their ringers, so another victory tonight seemed that it might be a bit challenging.  In addition, we had a bunch of teams coming out tonight looking to put up a fight for that top prize!

Round 1 throw us a punch early, tossing us a Nursery Rhymes question that WIPED OUT the bar!  Apparently, “Monday’s Child” is a much lesser known rhyme, as no teams were able to identify the nursery rhyme talking about a good little boy on the Sabbath Day (paraphrase).  This only hurt the teams who bonused this category, most teams feeling okay putting their lowest wager on this one.

Going into the second half, Roaming Gnomes were crushing, up double digits on the team in 2nd.  Roaming Gnomes kept that heat on the field throughout the second half as they extended their lead quite a bit.  Roaming Gnomes Led by a whopping 22 points going into the final, locking the game for them!  What a game they played… They’d bet 9 to make sure they maximized their score without jeopardizing the lead and they finish with a strong 171 points, which was also the highest score across all eight of our venues!

Second place tonight went to Downtown Dinky Town, back after a short hiatus.  Hope to see them next week as Roaming Gnomes return to defend this very strong victory!  Third place to Just the Tip, at full strength for the first time since before the summer!  Good start to the season so far!  We’re back in a week for more Season XIV action!

This week’s set of trivia featured some tough questions, lucky guesses, and tight races as we quizzed our way through the second game of Season XIV at Memories in Mount Airy.  With maybe a few too many Fun Facts added in, we learned all about North Korea, Lady Gaga, and even Kumquats (which I will eat however I please).  After a smooth final question, the fine folks at Sexual Chocolate make it 2-0 on the season with their second win in a row.  Here are tonight’s final results:

What do you get when you cross a glockenspiel, Ann Coulter and a bag of kumquats? Well – Barefoot Bernies hump day pub trivia extravaganza of course! And what a Wednesday it was! We had some new teams, some veterans and some traveling crews come on out to Hagerstown to throw down some trivia chops and go to battle for a bit.

We traversed some tough territory along the way – and we learned that you play with your “Stromvos” but not with your “Glabella” (at least not in public). 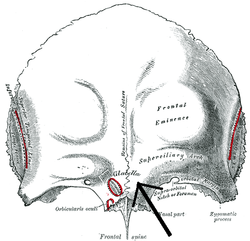 Thanks for coming out to play a bit with us y’all! It was a nice evening for sure so I appreciate you hangin’ with me for a little trivia game-age. And congrats to our TOP 3 who put on a good show and earned a little loot for their time and wits (somehow I did not grab a pic of 3rd Place – “Does He Look Like a Biff”).

And that was a Wednesday baby! Fun times yall. Thanks again for playing. Next week we kick off with “College Football Bowl Games.” Until then have a great week 🙂 DG