Here’s Hoping Your Team is Not the Cleveland Browns of Trivia!

What a night of Pour House Trivia!  We’re into November, which means less than three months until World Series XIV.  Two teams tonight really went above and beyond the field, so let’s check out the recap!

–> Highest Score after Round 4: Milwaukee Beers (FireFlies) with 165

–> A lot of teams showed their music chops tonight on the halftime page, by knowing lead singers of music groups.  About 30% of the field scored a perfect 20, with the average coming in at 18.1.

–> The 6-4-2 question proved to be a bit tougher, with only 8% of our teams knowing that the Cleveland Browns are the most recent NFL team to have the first overall draft pick in consecutive seasons.

–> With the help of a couple extra two-point bonuses, Milwaukee Beers smoked tonight’s field, scoring the highest totals of the night, and running its winning streak to seven games at FireFlies!

–> What Else Could It Be!? must have a little luck on their side this week!  After winning a pair of free Washington Capitals tickets, they became just the second team in PHT history to notch wins on three consecutive nights in the same week, winning at Captain Benders on Sunday, Greene Turtle on Monday, and Zepheira last night.  Great job!

–> Apart from the United Kingdom / Great Britain, name any two of the four independent nations to have been represented at every modern Summer Olympics.  (you’ll find the answer later in this blog)

Great to be back at Whole Foods and great to see all my regular teams out in full force. It was such a close game between all of them that at one point in the beginning of round four all of the teams were in the top three.  But in the end, with a strong final round Kelly’s Heroes took the prize!  Here are your winners:

Our next game will be December 7th, during which our first category will be Christmas Carols (AUDIO)!

What’s better than hitting a grand slam in the World Series?  Winning trivia night at Capitol City Brewing, of course!  Our brilliant regulars, and a few newcomers, played strong all the way to the end Tuesday night.  Even the wait staff and hostesses have been getting in on the action of late, playing tonight as “Your Drinks Can Wait”.

It was an incredibly tight game throughout – by the end of Round 3, the top four teams were only separated by 3 points!  Returning champs “Show Me on the Doll” faded, however, understandable as they were playing with a depleted roster. Meanwhile, “Menace 2 Sobriety” leapt into first place in the final round, aided by being the only team to know the name of Pink’s husband.  Amazingly, our top three all answered the Final correctly – here is your final leaderboard:

Next week’s first category:  The Pittsburgh Penguins in the Stanley Cup Finals

Champions! We had tricks, we have treats and we had a very good game! It’s always interesting when a top playing team has to take themselves out of the running, and with too many players on the field for All out of Bubblegum, anything was possible! After the first run through of scores you saw teams sitting up a little taller…  Bringing the A game!

Was a fun final tonight with things getting switched up a little – who would have guessed Australia?!  In 3rd after the final bell had tolled it was Charlie and the Vodka Factory!  2nd went to Team Other Sarah and in 1st tonight, it was the boys of Comfortably Dum!  Not just because of the amazing cupcake either- Happy Birthday Guy! Next week we start out with a fun one…

Next week’s first category:  Numbers higher than 68 but less than 70

Thanks again to all the fine players here at Cugini’s for helping me craft an expedited game of PHT so that I may go home to a warm blanket and a NyQuil I.V.  First place jumped around all over, with four of our six teams holding first place at some point in the game. Here are the results:

Third Place:  Five Must Get Beers

Tonight we started out with an audio question about 1990’s one hit wonders, which ended up being a three part question.  One hit wonders are always interesting, as they’re usually things you have to just know, there’s no real way to figure it out.  I thought the final question about Olympic Countries was interesting, as it asked for two of the four countries (other than the UK) to be represented at every single summer games of the modern Olympics.  Turns out those answers were Switzerland, Australia, France, and Greece.

The final was interesting, with about half the teams getting it. This led to a small change in scores, as Black Steel took third place, His and Her Peas took second, and the win tonight went to Suck It Trebek! Next week we start with a question about the English Premier League, which of course means soccer! I’ll see you all then!

Such a close game this week! Every team was in contention the whole time, with as little as three points separating the whole field at times. In the end, strategic betting was impossible, as all teams went for the gold, but who succeeded?

First Place:  Manischewitz and His Grapes of Wrath

Put on your thinking caps and I’ll see you next week!

Tonight’s game of Pour House Trivia was a quick and dirty one, as a house comprised entirely of veteran teams battled it out for trivia supremacy at Senor Tequila’s!

I think tonight we’re going to forestall with the usual pleasantries though. Suffice it to say, I was having a rough night, and during the second round, so was one of the teams in particular.

World Series nonsense, less-than-stellar spelling, and far too much love being thrown at a certain candy bar, lead to a wild game from start to finish. And I’ll admit, I couldn’t help but giggle at the hubris shown by the team that had lead the entire first half, only to have the back half spank them.

Great game everyone! Next week we’ll endure election night coverage as only we could in early November – with a Halloween hangover, courtesy of next week’s WC category Halloween Candy! Don’t get sick (considering the potential results next week though, I can’t promise I won’t) and we’ll see you next time!

Once again, Fireflies and Pour House Trivia was happy to welcome yet another new team to our fold: Rubber Sheets Club.  Similarly, we had another new team through the first half, but the little missus was having none of it – Amy’s Birthday.  Surely, perennial winners Milwaukee Beers must have been secretly happy to see you leave; you were challenging them at the top of the scoresheet!

All being said and done, Chief managed to herd cats and get a full night of trivia in despite his possessing three fractured vertebrae: tell me! who else has that kind of trivia dedication? Both Chief and Pour House are looking forward to next week and our motley group of misfits and malcontents. Your top three:

Nothing scary happening at the Blue Parrot this Tuesday night!  Just lots of trivia Fanatics having Fun!  We had a total of 6 teams tonight, building up those team showings with the Snow Birds flying down for the winter.  It was a tight game, with Shark Tales leading the way by 1 point after half time, and a two way tie for second between Romeo’s Revenge and a new team, OREO!  Maintaining those places going into the 4th round, but the fourth round was a doozy.  Shark Tales gained a commanding lead, but the exciting news of the night was the two way tie for 2nd place still!  Only one team was able to get the correct answer at the end though, THE QUIZKNOWS!  Here are your final standings:

Look at that good looking Quizknows team coming from behind!

We had a fun game on Tuesday at Zepheira Sports Bar!  I even got to see a couple guys that I haven’t seen in what feels like forEVER!  (Who also, by the way, kicked some serious butt!) Finishing in 3rd place was the Avengers, playing a really competitive game but unfortunately walking away with 2nd was Blank Space and coming in for a visit and walking away 1st place winners were What Else Could It Be?!  They picked “1979 Pittsburgh Pirates” as next weeks winners choice so study up and I hope to see everyone back again next week for another great game at Zepheira Sports Bar!!

Yes I chomp my gum in the microphone. It’s a bad habit and I apologize…jeesh!

However, in between chomps we did throw out quite the trivia extravaganza Tuesday night at Monkey La La. It was a fun up and down one that culminated in a final round for the books! Corey hart even made an appearnace and got me making confessions on the micropone! 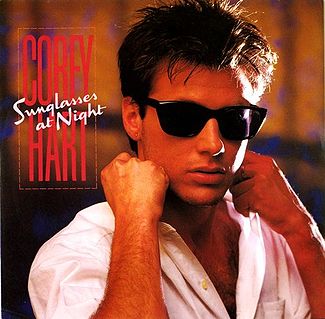 Never Surrender baby! And the teams sure didn’t! All the way into and through a tough Olympic City final Q it was Game ON for the La La trivia crews! Congrats to our TOP 3:

Thanks for coming out and playing yall! Colin will be on this coming Tuesday but I will be there sweating the game and that other little contest we got going on in the country Tuesday!

Next week’s first category:  “The Walking Dead” – See you then 🙂 Dg

A VERY tight game tonight with a lot of the veteran teams putting up high scores and keeping everything very, very close! After the first round, we had all but 1 team with a PERFECT SCORE! That one team was only back by 2 points and looked to catch up in the 2nd round. Round 2 played a bit more challenging though still offered up a 4 way tie in 2nd place and 2 way tie in 1st after the halftime page.

After the 3rd round, Uncle Jack made up ground, able to sneak into the solo lead. In round 4, a crucial wager miss AND a 2 point bonus caused Uncle Jack to allow a few teams to catch up. A two point bonus on “Who is Pink’s husband?” slipped up a BUNCH of teams, as we needed Carey Hart and the majority of teams turned in “COREY Hart”. Normally, a misused vowel isn’t grounds to deem an answer unacceptable BUT in the case where the changed vowel actually supplies a DIFFERENT ANSWER, I had no choice but to not award the bonus points to the teams who put Corey instead. COREY Hart is a Canadian singer best known for “Sunglasses At Night,” which I (to the dismay of many teams) decided to play after that question.

Among the teams, only ONE team put CAREY Hart correctly for that 2 point bonus. The Big Fact Hunt gained 2 points on the field and ended up in a 3-way lock tie with Uncle Jack and Sofa King Smart going into the final question. All 3 teams got the final correct so the game came down to the tiebreaker question. When was Louis L’Amour born? Closest to the year would win, with the 2nd closest getting 2nd, and so on…

Tonight there was never a dull moment. The Stones Cove crew decided to lend their hand to trivia, and took first place. Next up was 11 years, falling from grace from his three week winning streak, and finally C-Squared came in 3rd place. Trivia put a smile on everyone’s face!