​​Pour House pub trivia’s Thursday hit you (metaphorically) with a little bit of information, a bit of quizzing and oh-so-much more on Thursday evening!

Wood, Mock turtlenecks and Stuck in the Middle With you was just a part of the craziness – read on!

Great night of trivia here at Bunkers in Leesburg, thanks to you all again for your support! Here are the results of tonight’s game:
Your Mom in 1st
Thundercats in 2nd
Cranius Maximus in 3rd

Our first category for next week is Saturday Night Live, 80’s Style! 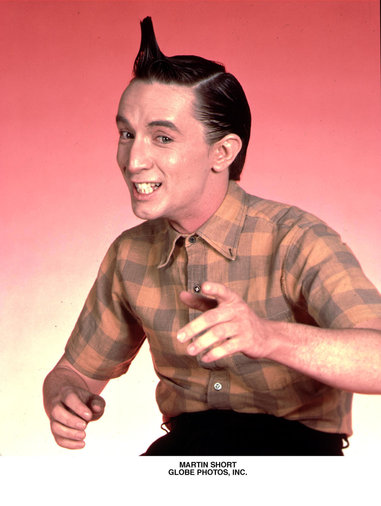 We put a WOOD question in Round 1. It can only go downhill from there. BUT we had some good ole fun tonight over at Champions for live trivia night. 15 teams piled in to battle it out for a bit. There were some serious nuggets of info in the set tonight. Round 4 was the truth! Mock Turtle and Stuck in the Middle packed a nice punch.

The game was close all night with teams inching away for ground every question. And when the nasties reared their heads toward the end of the game it only made for more suspense and fun! Thanks for playing tonight everyone. It was a nice cap to my trivia week and it was great to see you all after I missed you last week.

Congratulations are in order for our Top 3 tonight! #Crampton put a wire to wire on the tough field this evening, with FnQ and Brain Freeze putting the ole final question snipe and leap move on everyone! Top 5 honorable mention shouts out to Rice Rice Baby and Moose & Squirrel – both of which, might I add, accomplished a Top 5 as a DUO! Props y’all!

That, my friends, was indeed a game! Again, I thank you very much for hanging tonight and playing some trivia. Hope to see you next Thursday night. We kick that one off with what is certainly a first: “Triple 50-50: Beer or Urine?” LMAO! Have fun studying up on that one! See you next Thursday my friends 🙂

Okay, this is getting a bit out of hand! For the umpteenth week in a row, we hit over 15 teams (17 to be, well a lie but we did have 16 teams tonight!) and for the FIFTH week in a row, we had a certain team atop the scoreboard tonight.

We’re getting a helluva lotta teams coming out on Thursday nights, which is just awesome! Among those many, many teams is Two Birds 1 Stone. As the summer gets HOTTER and HOTTER, this team is getting HOTTER and HOTTER AS WELL! They’d won 4 in a row prior to tonight and this game was NO DIFFERENT! Two Birds held the lead most of the game and ended up with the W after all was said and done. 2nd place tonight was That’s Not My Leg, who maintained 2nd for most of the game, playing very strong but not able to leap frog 2 Birds.

3rd place tonight went to You’re Killing Me Smalls. You’re Killing Me Smalls had a birthday tonight, I wanna do a quick shout out to Ned’s wife who turned 22 tonight and we drank champagne to celebrate! It was great to finally meet her and to see the new faces that joined up with Smalls tonight! Hoping to have ya back in the future! That concludes another week of trivia here at Fish Market. We expect a PACKED HOUSE AGAIN next week so be sure to join us early to get priority seating! Until then guys, LATA!

Another fan-TAS-tic game of pub trivia went down tonight at Guido’s Speakeasy!

There are so many great teams here on any given Thursday, but tonight, these were the best 3: Finishing 3rd was T.N.C.! It was really great seeing one of my old players back tonight, even if it WAS with a new team. In 2nd was Level 3 Booksellers!! With an impressive 1st place finish for a SECOND week in a row was Trivia Team 2:Electric Boogaloo!!! Keeping in tradition with their last week’s winner’s choice selection, next week will start off with How Many Holes Does The Human Body Have?

How can you NOT come to Guido’s next Thursday to see how that Question plays out?! See you there!!

Although the evening was intimate the game of pub quiz was fierce.

Cup chicks made it onto the board with a heartfelt 3rd place. New comers Dog Gone Crazy came in second place with 102 points. And Grundel Hammer took first place with 131. Next week we will be discussing Lord of the Rings, not to be confused with the hobbit.

Not all who wander are lost!

We’ve reached the halfway point of the summer season, and many of our teams are in fine form as we approach our cash game in September.  Tonight’s game was not only a lot of fun, but it made our players’ heads hurt, which means we’re performing our jobs perfectly!  Yes, there were a few speed bumps in the road, but several teams were pleasantly surprised on a few correct answers tonight, especially a football question which sounded much more daunting than it turned out to be.  In the end, it was a stellar performance by Lowered Expectations, who led wire-to-wire to find themselves on the winner’s stand after a week off.  Second place went to Suck It Frosty, with John’s Morons placing third, this time with the ‘legal’ number of players.  Our first category next week will focus on the first season of “The Vampire Diaries”, because I’m assuming that the show really went downhill from there…  ~ Matt