It was legendary host Matt Frost’s penultimate trivia night at Quincy’s, and we had a close one!  Blue Collar took a small lead in the third round and held on to it through the finish line despite a statistically difficult round 4.  Suck it Frosty and the Matt Frost Fan Club rounded out the podium, taking 2nd and 3rd respectively.
Shout out to a couple of new teams – Better Late than Never and the aptly named Maureen both scored big as solo-acts, a true showing of trivia fortitude.
Thanks to a team that will remain nameless, I have a new favorite pair of American tennis stars: Dandy Roderick and Pete Shamplonis.  I laughed way harder than I should have at that one.
Next week’s category, selected by Blue Collar, is United States Skyscrapers. Remember that next week is Frosty’s last week as your host at Quincy’s, so please come out and give him a hardy farewell!
Until next time,
Colin “The Apprentice” Crampton

We came, we laughed, we cursed (Loudly!) and we celebrated this crazy little trivia game of ours.. some of you celebrated the pokemon among st us, but dammit everyone celebrated! Personally I celebrated the fact that french questions was something I knew how to pronounce! Thanks for hanging out with me at Champions tonight, always a good time getting so many of you brains together.

In 3rd tonight we had a tie between Chimp Pan A and Teamy McTeam Face! Teamy edged Chimp out by a few years on a killer Medieval Times tiebreaker and secured the 3rd spot for themselves. 2nd went to Just Good Enough who fell just a tough short of grabbing two wins in two days! Would have had to change your team name to Damn Yeah We’re Good Enough! In 1st though… in 1st it was Jim’s got a Big One! A big ol’ brain apparently… always nice to see that crew, but throw in some charades and my night was made. Next week we start with Dirty Limericks.. Jim wants to go back to Nantucket… I don’t know how it happened as we had our typical amount of teams, but we finished tonight’s game here at Bunker in under 1 hour 45 minutes. These folks were on point! On one question I had all the answers in my hand in approximately 35 seconds. Here are the results of this fast paced game:

Our first category for next week is Adam Sandler films. ~ Ronnie

Recovering from the 4th of July weekend? I don’t think so! Blue Parrot had a fun turnout last night! All of the teams were neck and neck throughout the night. There was a 3 way tie for first place after the picture round! Hot Chicks finally were able to be in that top spot that they have always wanted, maintaining that lead going into the final round.  Quizknows and Hot Chicks were within 2 points, while Romeo’s Revenge was close behind by 5 and 7 points respectively. Quizknows and Romeo’s Revenge got the correct final answer, but it was Romeo’s Revenge who took home the Gold with the risky wager of 12! Congrats to all of the participants in last nights game!
Category next week is Solar System. They may have started late but they finished on top. Boogie Friends took the game by storm with a 1st place win. Teachers Pet didn’t shy away from a second place slot, and Bar People they knew all the right moves to secure third place. What a game what a game. Next week we are going to talk about John Carpenter Movies for a change.

RAGER tonight at the Fish Market! 15 plus teams tonight! We had last week’s teams, teams from a while ago, teams that were completely new to the game, every demographic was accounted for! Would the new comers have a chance to hold up against the veteran teams? Well, it sure was a fun game to watch!
Going into the second half, You’re Killing Me Smalls held a small lead though every team seemed to be very, very close. The 3rd round would be what separates the men from the boys. We had a science question that went 0 for 15 to end the 3rd round! Lots of teams with high wagers leftover and they got completely BONED on that one! It was rough…
Ant Farm Keyboard squeaked into the lead after the 6-4-2, picking up the 6 points, the only team to do so EXCEPT FOR Have You Seen Maggie’s Credenzas? Maggie’s are a new crew who were quite impressive throughout the night. They played consistent and were able to hold 2nd place going into the final.
The final played about 50% tonight, though our top teams seemed not to have an issue with it. 3rd place tonight, Smalls who was in 3rd going into the final. 2nd place to newcomers Maggie’s Credenzas and your winners are Ant Farm Keyboard after a short hiatus! Great game, back in a week!
1st Place:     Ant Farm Keyboard
2nd Place:    Have You Seen Maggie’s Credenzas?
3rd Place:     You’re Killing Me Smalls
Next week:     French Revolution

I felt terrible for one team at Guido’s Speakeasy on our Thursday night game! They were on their way to a third win in a row, but unfortunately for them, the 4th round happened! And you can’t win if you only get 1 question correct in the last round! So our top 3 looked like this… In 3rd we had Chief Queef, 2nd was Spitters are Quitters and stopping their winning streak in 1st was Blue House! They picked “Premier League Soccer” for next weeks winners choice so study up and join us this Thursday for some fun at Guido’s Speakeasy!! 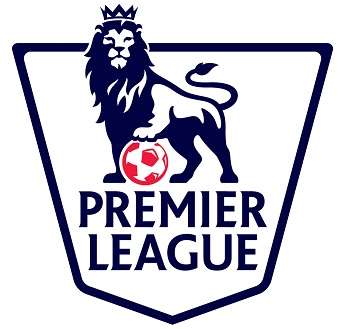