This is it Ladies and Gents, Season 13 is a lucky one and it’s only going to happen once. Pick your home venues and settle in to fight the good fight! It was our first weekday night of PHT and it couldn’t have happened to nicer venues or better teams 😉 Check out the replay for all the highlights.

Season 13 kicked off with a bang down here at DRP as once again we were standing room only at the beginning of tonight’s opening game. I’m glad to see everyone survived the snow, and we had some new faces tonight which is always nice!

Our first category for next week is “The Works of Trey Parker and Matt Stone”, so it may NOT necessarily be a South Park question! ~ Ronnie

Season 13 of Pour House Trivia was kicked off in style tonight at the Roast House! Veteran teams were aplenty tonight, and every one was thirsty for that first win of the season!

In “Questions-Ian-Can’t-Answer”: Guys, I do my best to explain each question when there’s an issue. But if explaining something even further would give away an answer, I have to be vague and unhelpful, otherwise it wouldn’t be fair! So when I say, I can’t answer that, accept it please!

In “Back-to-Geography-Class”: Most of you guys did well on the Math Class question tonight, but we had a lot of problems with the Around the Globe one. I think everyone forgot that the Equator is 0 latitude. Back to Geography with all of you!

In “I-Took-French-Is-That-So-Wrong?”: I could hear the necks cracking during my pronunciation of Je pense, donc je suis. I took two years of French in high school, was in the French Honor’s Society, and took a senior trip to France. I can pronounce French stuff, why does that surprise everyone?

After catching flak for my decisions on timing for the final, we had our podium (mostly made up of those who were giving me flak >:O )

Good game tonight everyone! Next week we’re gonna kick things off with a category on Passenger Planes! The Air Traffic Controllers and Pilots of Three Finger’s Worth are milking this one! Study up, and we’ll see you next time! 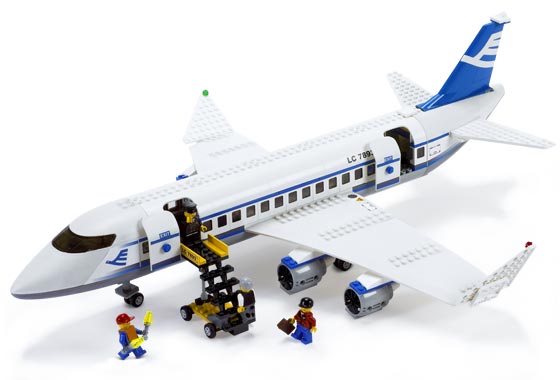 Things started out with a few teams threatening to quit (jokingly, I’m sure) after a question about ‘The Wire’ was followed immediately by a question about a hip hop group. Lucky for them, but there weren’t any more questions like that, although there were some tough ones in the set.

The killer of the night definitely went to Albums of 2016, which asked about the album ‘Wildfire’ which featured the songs ‘Stand By You’ and ‘Fight Song’, looking for the name of the artist. Only a couple teams knew that the answer we were looking for was Rachel Platten, and it cost a few teams some really high wagers.

We also had a question about one of my favorite comedies, Dodgeball, which also asked teams to name the full subtitle, which only one team did: A True Underdog Story. Halftime tonight asked teams to name the Disney movies based on the villain, as well as matching wars to the years they occurred. I was surprised how many teams had trouble with Clayton from Tarzan, with him getting a ton of Pocahontas guesses.

Even the animal kingdom question was a bit tough, asking about a dinosaur whose name means ‘cover lizard’ or ‘roof lizard’, and has a unique anatomical feature. Some teams got that we were asking about the Stegosaurus (those plates are pretty unique), but I still got a bunch of other guesses.  The final question in the last round asked about William Randolph Hearst (which most teams got) and his ‘castle’ in the town of San Simeon (which nobody got).

The final question tonight ended up being a bit of a word scramble, listing off a bunch of letters in alphabetical order. Some teams got stuck, but about half figured out we were asking for the word ‘alphabetical’. This caused a bit of movement at the top. Third place went to Danny Glover who held the lead for pretty much the whole game (sorry guys!). Second place went to That’s A Niner, who got the answer rather quickly. Taking the victory, congrats to The Bends who also managed to figure out the final.

Next week we start out with a question about The Big Lebowski, so study up and I’ll see you all then!

New month, new season, new trivia! We welcomed the group tonight with the opening of February and Season 13 at Pour House Trivia! I was back after a week off and I was ready to kick off the season! We had a good number of teams, including some new comers and some of our veterans! We’d see who set the precedent tonight with a W.

Tonight’s question of the night was the Current Albums question. I knew Recent Pop Music wasn’t a strong category among the crowds but to think giving a certain performers 2 biggest hits over the last 6 months would completely wipe out the field? It was pretty strong. Rachel Platten, the cutie who first hit it with “1,000 Ships” a few years back, finally jumped into the buzz of the Billboard chart with “Stand By You” and “Fight Song”, two songs that we gave in the question and no one still seemed to know who the hell she was. A shame really. To be honest, she’s not that memorable but to a trivia crowd, I’d have thought at least one person would know who’s on the radio. But I digress…

At half time we had The A Team leading the pack until a rough 3rd quarter (where they dropped a 7 wager and their 5 point bonus) brought them back down to Earth. MC moved into the lead to see if they could take down the first victory of Season 13. Chicken McThuggets, our previous season’s house champion was in a tie with The A Team in 3rd place going into the final.

Final question tonight played about 75% but notably missing the final was our leaders MC, who would drop out of the top 3. This left Wrecking Ball alone up top to be crowned the first victors of Season 13! Great game! The A Team and Chicken McThuggets were in a dead lock tie for 2nd so a tie breaker would tell us that Chicken McThuggets take 2nd while The A Team take 3rd! Great game all! Back in one week, thanks for joining us for the first game of Season 13! Until next week, ttys! I guess a new season is a great time to turn over a new leaf, and no team did that better than Ives Mansion, who won their first game in months to kick off Season XIII of Pour House Trivia!  They pulled a nice come from behind victory thanks to nailing a difficult final question.  Second place went to Knowers of Stuff, with High School Prom taking third.  Season XIII rolls on next week with the opening category of Turtles (not the band).  ~ Matt