A fun night of trivia as we had our teams come out and have at it over a challenging second half of trivia! While it was close all the way through, Get Smart came out on top with their first ever win!

First category next week is 90’s Nintendo Games….see you there!

I have to admit, Tuesdays game at Zepheira Sports Bar was a tail of two halves for almost ALL the teams! There were definitely some tough questions in the second half, but that didn’t stop one team from running away with a 25 point lead by the the final question! Dropping down to 3rd was Boo Boo Kitty, making a jump from 4th to 2rd after the final was Cato, and sewing up 1st before the last question was even needed was El Gatto!! The picked”The NBA Finals” for next weeks winners choice, so study up and come join us next Tuesday at Zepheira Sports Bar!  ~  Jon J

A great crowd on hand at Capitol City Brewing as we welcomed our new host, former Jeopardy! contestant Austin.  After a disappointing finish last week, our powerhouse team of Capital Hillbillies came back with a vengeance, rolling through tonight’s set to take down a victory.  Second place went to Capitol City Goofballs, with God Complex Particles taking third.  Next week, you’re first category is Famous Frosts other than Matthew)!

Let me set the scene.. Lots of teams, poised and ready to rock.. then they skated through the first two rounds and just when everyone was thinking it was a fluff night.. BAM! goes round 2! There was some knowledge bombs thrown down in Champions tonight, that’s for sure!

Some of you held on better than others, some of you were so scared of my bad mood that you just let it all skate… Silly people, I am almost always all talk 😉 The teams who survived that kicking second half and finished out the leader board were looking good! In 3rd tonight was a team who we don’t often get to celebrate u in lights- Crab Cakes! 2nd was Swipe left or a better team name.Sliding back in to that 1st place spot was Comfortably Dum! Next week they want you to study up on Yacht Rock. Uh huh.

We had 11 teams tonight here at Cugini’s, many new teams, and it was standing room only for bit! Third round roughed up a few teams, but many of them bounced back in the final round. Here are the results:

First category for next week is the 2nd Season of Netflix’s “Bloodline”! ~ Ronnie

Quincy’s in Rockville, Md
We had a strong showing tonight from some of the regular teams who aren’t necessarily regularly at the top. Our usual top finishers are Uncle Jack, If We Lose the Terrorists Win, and on occasion Orange is Not the Only Fruit (formerly Big Ole Balls). Tonight we saw some of those names come out and play but they weren’t the ones dominating the leaderboard.
Going into the half, we saw Screaming Death Monkey holding the lead while some noise was made by one of the newer teams We Drink and We Know Things. Round 3 played damn hard tonight. We had 1 question that just about wiped out the bar but SDM picked up points on the short/long ton question. True Romance also playing difficult as well.
Going into the final, SDM held the lead, looking for what I believe would be their first win. A tricky final tonight, only about half the teams picking up points. The standings were shaken up a bit and we saw a top 3 combo that we have not seen here at Quincy’s. 3rd place, Team Brio jumps into the $! 2nd place to Catching Planes, making a finish in the top 3 for the first time this season, if I remember correctly. Winning tonight: Screaming Death Monkey! They did it, taking down their FIRST WIN EVER! Great game! More summer trivs next week, see ya then!
1st Place:     Screaming Death Monkey
2nd Place:    Catching Planes
3rd Place:     Team Brio
Next week:     Reservoir Dogs 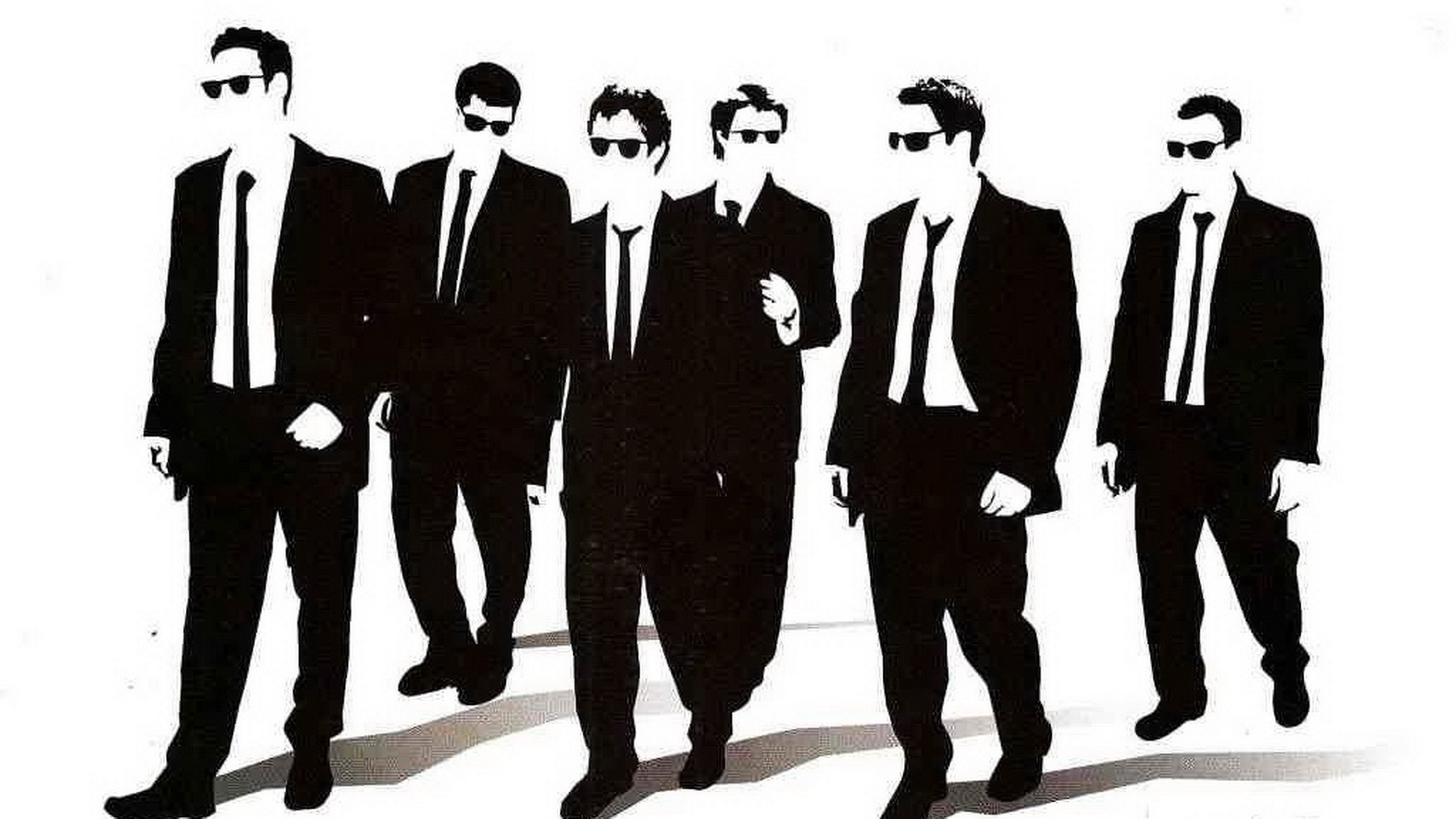 Tonight’s game opened up with a question about the 2016 Tour de France, asking for the three countries that this year’s course goes through (besides France). A few teams managed to get Spain or Switzerland, but only one team also knew that the track also goes through Andorra.  We had one of the silliest audio questions for today, where we played songs in reverse and asked teams to name the artists. I’m convinced that Pearl Jam sounds equally unintelligible when reversed, so I feel like that one wasn’t fair.

Halftime asked teams to identify different spices by picture, as well as identifying MLB teams by their all-star representatives.  In the second half we had a really tough Units of Measurement question which asked for the two variations on a ton, which are differentiated between with a pair of antonyms. Nobody got the answers on that one, which are short and long ton.  I really liked the current events question which asked about the NASA probe that recently entered Jupiter’s atmosphere, which is humorously named Juno, in a bit of Roman mythology humor.

Tonight’s final question was in the category of Presidential Firsts, talking about how Teddy Roosevelt was the first sitting President to visit a foreign nation. The question asked for the country that he visited in 1906, which most teams got was Panama. Scores didn’t really change much, with third place going to Black Steel. Second place went to Ignorance is Bliss, who ended up one point shy of the win. The win tonight went to Fractured But Whole, who held the lead for most of the game; nice work! Next week we start with a question about NFL 1st draft picks, so study up! As usual, this week’s game was full of a wide range of questions. From Pokemon Go to a giant statue of Copernicus, teams dispatched questions with ease!

…Hold up, looking for Pokemon…
Ok, I’m back. As teams progressed through the game, scores stayed close…
…Gotta catch this Butterfree…
Sorry. In the end, our teams proved to be smarter than our final, taking away the drama and giving us our Top 3.
Third Place: Axis of Ignorance
Second Place: Suck It, Trebek
First Place: Poovey Farms
Back on the Farm!! The gang at Poovey Farms takes back first, and has selected, “Stephen Schwartz Musicals” as next week’s first category! I think they’re hoping for an audio clue, Matt! Another summer Tuesday night and another wild game of Pour House Trivia at Senor Tequilas!

In “A-Little-Too-On-The-Nose”: I didn’t have a whole lot of time to look at the set tonight. If I had, I might have vetoed the team name that included Pokemon Go in it. Whoops! Hey, at least I didn’t say it in my “No Cell Phones” spiel like I had planned to!

In “Ian-Fumbles-Big-Words”: You know, once it was pronounced for me Reinheitsgabot seems relatively simple to say in hindsight. In the moment however, hoooooo boy. Tongue-tied is putting it lightly I think! I’m surprised anyone could actually hear me say it!

In “Took-A-Wrong-Turn-at-Albuquerque”: The final tonight was a doozy, and had teams going all over the map in search of Teddy Roosevelt. I could hear the Bugs bunny impressions over the roar of the crowd when I announced the answer was Panama. Or maybe that was in my head…can’t be sure doc!

With defensive wagers being key, the podium ended up like this:

In second place, The Fan Club!

Great game everyone, and a tough one at that! Next week we shall most appropriately begin the night with a Teddy Roosevelt question! Study up on that rough rider, and we’ll see you next time! 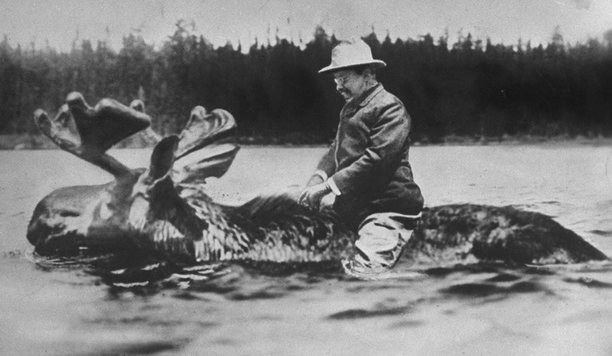 Just like in Vegas, what happens at La La…just might end up on the internet. Wow it was good to back to my Tuesday night friends at Monkey La La for some good ole’ pub trivia La La style Ya know, Vegas can get pretty raucous but my Tuesday night experience at trivia night is unmatched for sure. It was great to see everyone. Sorry I didn’t have stories of millions and millions of dollars for ya  – maybe next year.

And thanks to Torie who subbed for me while I was gone and did a stellar job entertaining and running Tuesday’s trivia night.
Back in action last night though and I forgot how heated the games can get! It was in an interesting set. The first half definitely carried some softballs but that was just a warm-up to some monsters that jumped out in the second half. Moooohooohohohhahgahahah
We of course, could not get too far into this week without a Pokemon GO question. Apparently everyone and their mom is playing this game! My mom even said she tried it. And according to some avid players we supposedly had some Pokemons show up at our game last night and sit on a table? Pretty crazy stuff LOL…

As our game was audited by some of these creatures in round 3, we had our own cameo of appearances – Star Trek, Eddie Murphy and of course, Nicolas Copernicus come to mind!
Great game all the way through y’all. And the TOP came down to that final question and the Panama pull. Well played everyone. The TOP 3 Leader Board looked like this:

Next week we kick off with an interesting one – and a PHT first: Denny does Animal Sounds. I shall practice all week – and hope I don’t get caught LOL.
Have a great week everyone…see you next Tuesday 🙂