Carnations and craziness on Wednesday with Pour House Pub Trivia!

Pour House pub trivia‘s Wednesday crammed in some carnations on this night of 10 great games of live trivia!

We zigged, we zagged and we answered quite a few questions, too. Check out the recaps, if ya please!

Today marked the first day of a brand new month as we keep moving along in the summer season. So far it’s been a great season full of new faces and getting to meet lots of new teams is always a blast. Today we started out with a question about Strategic Air Command, which the winning team picked because it can be such a wide range of questions. Turned out the question was about NORAD, and even referenced the film WarGames, which was a fun reference. We even had an MLB teams question that ended up being a huge coincidence, because the first team alphabetically (The Angels) played against the last team alphabetically (The Yankees) on TV while we were playing trivia. That ended up being rather humorous, even though teams only really noticed it AFTER they figured out the answer. When halftime rolled around, it ended up being a little bit difficult, especially on the bottom half when teams had to match the animal to the species name. That can be hard if you don’t know your species descriptors (like equine, vulpine, ursine, galline, etc.) and a few teams did struggle with it.

I also liked the Heisman Trophy winners question, and many teams were able to remember that Archie Griffin was the only guy to win the award multiple times. The final round had a few categories I love, Greek Mythology and Comic Book Characters. Greek Mythology ended up being about Oedipus, one of the most tragic stories ever (he gouged out his eyes when he found out what happened!!) and the Comic Book question was about Cain Marko (He’s the JUGGERNAUT!!) and one of my favorite actors, Vinnie Jones (if you don’t know who that is, if you look him up I’ll bet you recognize him from something) came up because he played the Juggernaut in X-3 way back in 2006.

In the end, I had a very near tie going into the final question, with second place just barely missing out on the tie after stumbling on the final question in round four. Instead, I had a tie to break for second place once the final question was settled. I still stand by my decision to announce the answer could be more than one word, since a team came up and explicitly asked me that. However, losing the tiebreaker because they second guessed themselves on the total episodes of Night Court was The Nation of Quizlam who take third place. Winning that tiebreaker with a much closer guess on that tiebreaker, congrats on second to That’s What You Get For Thinking. Winning the game overall by one point, however, the victory goes to Car Ramrod tonight, who played a very strong game overall. Nice job! Next week we start the game with Vincent Price Films, and I’m disappointed in the team who shouted “WHO??” when I announced the category. Better go study up on that for next week. 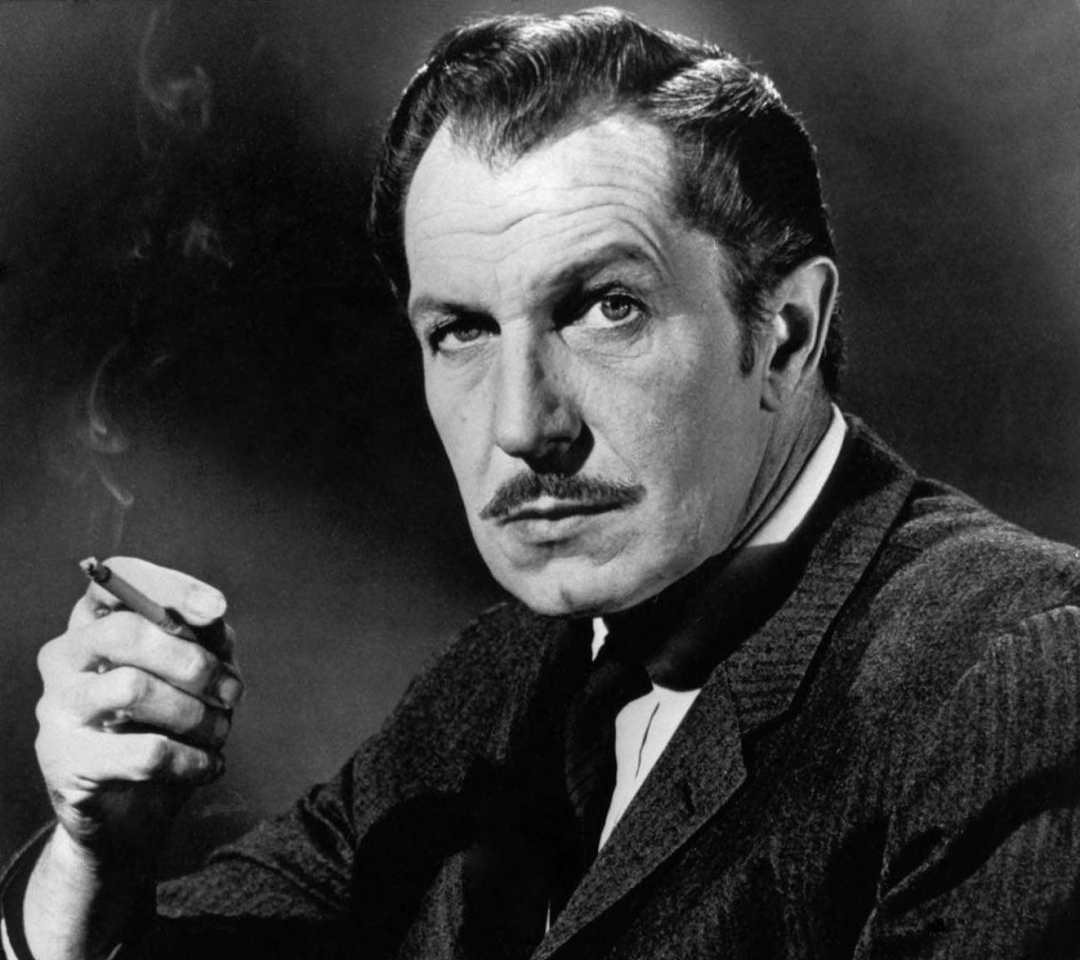 We had another fun night at Bar Louie! We pitted our rival teams against each other in a battle of wits to find out which half of Asian Brian and Those White People is the most knowledgeable.

We learned all about Night Court, Juggernaut’s real name, and all dealt with the fact that Mila Kunis was 15 on the first season of That 70’s Show!! She lied about her age, right into the hearts of American audiences…

After four rounds of tough competition, and some strategic betting on the final, Team Cuttlefish eked out the victory by a single point!! They have chosen World Currency as next week’s category. Join us next week!!

As much as I’d like to say tonight’s game was like nice big ole’ vase of beautiful carnations, full of mother’s love; I’d have to say it had an occasional snapdragon and maybe some flytraps tossed in! That’s not to say it was not beautiful in its own way, but it had a bite at times for sure!

That said, we had a ripe room of 14 pub trivia teams come out to Bernies tonight and have at it for a bit; braving the forest that was Pour House Trivia set for the opening of July 2015! The first half was nicey nice enough I’d say – filled with tangelos and hot dog eating contests! And then came the snapdragons and fly traps – disguised as umbras and Juggernauts!

But a great time we had for sure! The scores were tight and a Top 3 was not firmed until the St. Louis final! Congrats to our Top 3, who earned a little loot, love, and extra Summer Fling Points for their efforts.

Next week we start the game off with “#1 Pop Hits of the 80s (NON-Audio).” Have a fun, safe, and wonderful 4th of July everyone! Thanks a bunch for coming out and hangin’ tonight! See ya soon 🙂
DG

As we continue the summer season, we saw a few of our teams return from a short hiatus. As summer plans wrap up, I guess back to the trivia battle field is the place to be! Question of the night is “umbra”. My favorite part on this question was when the Gold Team turned in their answer and said “I was pretty sure I knew it from the Latin root but was able to 100% know it was right when I remembered that there was a dark Pokemon called Umbreon.
For those of you that think Pokemon is a pointless thing to learn, maybe you should take a second look! Only about a third of the field picking up points on that one, so good job to those who did. Axl’s Doghouse made a triumphant return, claiming they’re performance tonight was dedicated to one of their team members who was in the hospital with twins. They did not disappoint, but more on that in a bit. Another team we saw tonight was a portion of TBH joining forces with 2/7th’s of the old killers known as Quick Pink and the Vine Gang, and they did some serious damage on the field. Going into the final, it was a run away for TBH, up by 18 after it was all said and done. The next 6 places were within 5 points of each other, so a conservative bet might’ve been the move. 3rd place tonight went to the Stray Cats, who missed the final, but were in 2nd place going in. 2nd place went to Axl’s Doghouse, who bet 0 and covered the field. Winning was TBH (also the only team to get the final correct). Good game this week. Let’s see what happens next week, hope you all will join us! Til then, lata all!1st Place: TBH
2nd Place: Axl’s Doghouse 2.0
3rd Place: Stray CatsNext week’s category: Famous Denzels

Carnations! For when you care enough to send the very worst! Oh those damn generic flowers.

Looks like none of you had any idea of waiting for Saturday for explosions – I think every team at Fusion had all their hands in the air at some point or another tonight. We had an intimate game tonight, and it was our usual suspects who got to play with some real firecrackers of categories 😉 I am sad to say that tonight we proved that Jesus was not the answer and latin class only helps if you don’t sleep through two years of it.

In 3rd tonight with a VERY strategic VERY secret wager of zero, was Killin me smalls! Nice job on that final. 2nd went to Constantly changing team name (Team name changes but their battle cry never does) and 1st went to the gentlemen of Fries before Guys! Impressive answer time on that musical question.. Thanks for capping off today in fun fashion- I loved the audio clues tonight! Be careful this weekend, no one needs to be a statistic. I will see you next week when we start out with The Big Lebowski!

We had a killer game at Memories Charcoal House in Mt. Airy tonight!  As we gear up for the holiday weekend, many of our teams were already in vacation mode, but they still brought the HEAT!! In third place we had our Oscar Wildecats back in the mix and taking home a prize!! In second place were the fierce 3-Way Virgins with one of the few correct final answers!! And our top dogs tonight, the upcoming “team-to-beat”: THE MOOPS!! A very impressive showing by all!! Their choice of first category for next week? Anthropology!! See you next week and have an AWESOME 4th of July!! -Torie

Tonight was CRAZY at the Tavern for live trivia!! We had new first timers kickin’ @ss, lead changes all night, and a six point difference between first and last place when we got to the final question!

Even after the final tonight, I had to use a tie-breaker to decide 3rd, and the team who came out on top was Olney The Lonely! Having an AMAZING game and finishing 2nd by just 1 POINT was Moving Forward!! I had a first timer team tonight that says they’ll be back next week with a FULL team!!

All they did was win tonight’s game short handed! Congratulations to the Slingshots!!! The picked Video Games for their first ever winners choice category, so study up and come see why Wednesdays at the Tavern are SO FUN!!! See Ya there!!

We had a great night tonight at the Revolution Bar! The game was a
chase from the get-go, with wide gaps and narrow margins, making it
quite the interesting night!
Highlights of the Night:

In “Next-Category-Please!”: Really? Pierre Trudeau? There were no
other famous Canadians we could’ve worked with? I mean obviously not
Bieber but come on now!

In “I-Don’t-Think-They’re-Down”: TNT and SOS were easy pickings
tonight, but OPP was a tricky one. And you know me, I’m down with OPP.
But a few teams were not!

In “Let’s-Have-A-Seance!”: A few teams had out of body experiences
tonight with the Astral Projection question. The blank faces stayed
put long after the question was over, before their souls came reeling
back to them.
The seemed tricky, but everyone pulled out the correct answer at the
last moment, so the podium was set.

In second place, Mess and Jegg!

In first place, E=MC Hammer!
Congrats everyone on a good game! Next week’s winner’s choice category
is the incredibly vague Team America. I tried to specify. E=MC Hammer
would not do so. Soooooo yea. Have fun with that one! See you next
week!

What a crowd we had at T.J. Stone’s, as 13 teams piled in for a great night of trivia.  Only a few teams were able to pick up the correct response on the final, and so it was Two Girls and an Idiot with their second win of the summer!  Great job!  The B-58s took second after jumping a few spots on the final, with De Scribes taking third.  The Winner’s Choice category that was chosen is the TV show “NCIS”

PLEASE NOTE THAT TRIVIA WILL BE SUSPENDED INDEFINITELY AT T.J. STONE’S, SO THERE IS NO GAME NEXT WEEK.  PLEASE CHECK THE WEBSITE FOR DETAILS.

Great game and good final question for our players out here at Valley Grill in Middletown, and as always a lot of fun. Happy 4th of July to you all! Here are the results of our game:

First category for next Wednesday will be Pokemon!