We covered it all on this miserably rainy Wednesday with NINE, count em’, NINE games of live trivia!

Check out the recaps!

Applebee’s is always a great time, and tonight was no exception. Continuing their winning streak was One Crow Short of a Murder (Don’t you EVER talk about them!), jumping out to a solid lead early and holding strong throughout.
In 2nd was SW, who proved that, contrary to the name of the 3rd place team Bridget Sucks, Bridget does not suck!

Nice game everybody, hope to see you again next week, when we open things up with the TV show Parks and Rec!

Halloween approaches, and we definitely discussed some scary things tonight during pub trivia at Atlantic Grille in Urbana.

Among tonight’s topics: the study of aging comedians, the mysterious contents of the lacrimal glands, and celebrating 63 years of “I Love Lucy!” It was neck-and-neck toward the end, but Strangers Have the Best Candy just managed to pull ahead for the win with Momzilla taking second and newcomers Wrecking Ball placing third. I shan’t be here next week as I will be rehearsing Shakespeare, but worry not – you’ll be in good hands!

Next week’s winners’ choice category is Resistor Color Codes, so bone up on your electronics!! 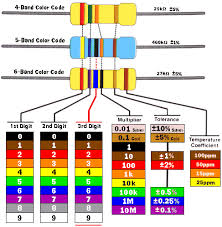 Saucy baby! Saucy! That is how I would describe Wednesday’s bar trivia contest at Barefoot Bernies. We start a little later than the average pub trivia night in Hagerstown; so sometimes we come out of the gate a tad on the raucous side And that always proves for a fun night, navigating our way through some challenging pub trivia questions; dodging obstacles and not succombing to seductive little traps laid there in trivial foliage.

Wednesday’s game had some teeth for sure! And it bit a couple times! But it was a fun one! Thanks for soming out everyone and having some fun with me. I do love me some Wa. Co. Wednesdays!
Slapsgiving came out of the gates strong and did not slow up. They put down a W  -two in a row for the slap givers! GG guys and gal 🙂

2ND Place was snatched up by the crew over at “I Do My Killing After Breakfast.”

And our Top 3 was rounded out by the fine folks of “Adrien Peterson, Branch Manager.” (I snicker when I say that name).

And that my friends, is how we do it at Barefoot Bernies on Wednesday nights. Thaanks again for hangin! 🙂
Next week we kick off with “The Incredibles!” Good one to referesh up on 🙂 Have a great weekend everyone.
See you soon!
. 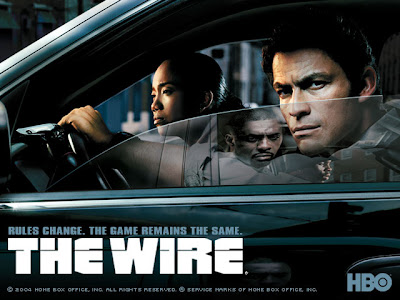 It might have been dreary outside, but inside, the teams were anything but! We learned a lot tonight, perhaps most importantly that a team can never feel too comfortable in the lead. Just when this game was starting to look like a runaway, the game tightened up, and then a particularly tough final changed EVERYTHING.
Taking third tonight was Damn You, Hugh Jackman, behind Grab a Straw, You Suck in second. But tonight’s winner, with a dramatic finish, was Caviar! They have selected “Futurama” as their first category next week.

Thanks to Sam for letting me get my feet wet at her usual venue. I’ll be heading to Hollywood Casino Perryville next week, where I’ll be staying. See you there!
-Nick

Things were grooving for my busiest night of live trivia yet at the Olney Tavern tonight!

Teams were fighting back and forth for the top 3 spots from the start of the game until the last answer was turned in after the final!

Finishing in 3rd tonight was a new team Pete, Andy and Hazel! Moving up to 2nd place after the final question was Men and Pausers! Winning the game tonight in true dominating style(and the only team to get the final right) was I Quizzed in My Pants!!

They want an Audio clip question for next weeks winners choice: Backyard Birds of Maryland! (Have fun with THAT one Denny!) I’ll see everyone back here at the Olney Tavern next Wednesday night!!

I had the pleasure of filling in at The Revolution Bar tonight. The game stayed fairly consistent after round one. There were some bonus chips that helped our 1st place team spread the gap to insure they landed the win no matter what the Final Question handed them. Third went to Mess and Jege, Second went to GT80 Sauce, and appropriately named Movin on Up got First place choosing “Marvel Movies” as the Winners Choice Category for next week. Thanks for having me! ~ Amanda

Thanks to everyone who braved the rain for our Wednesday night getogether at T.J. Stone’s in Alexandria.  It is a rarity, but tonight Wee Baby Seamus was able to put the game away BEFORE we asked the final question!  What a game!  It was a hard fight for second place, but in the end it was I Know More Than Jon Snow who held on for second place, while Trivia Newton John took second.  Next week, we’ll begin with a question on the “Back to the Future” trilogy.  See youi then!  ~ Matt

Another great night of pub trivia on the books here at Valley Grill Sports Bar in Middletown, thank you all again for coming out!

Brain Freeze had it figured out tonight and were our first place finishers! A strategic zero wager put Dufregne Party of 4 in 2nd with Capt. Geech and the Shrimp Shack Shooters finishing in 3rd.

Your first category for next week is Rob Lowe movies!