A Trivia Night 108 Years in the Making!

So, the story of the night was the Chicago Cubs winning the World Series.  Hopefully, you stayed awake long enough to actually see the end of the game.  What was the SECOND most important story of the night?  Well, it had to be Pour House Trivia’s first west coast trivia night!  Thanks to a bit of luck, we’ve opened a new venue in the northern California town of Cloverdale.  Check out that recap as well as the other nine venues with games tonight!

–> Perfect 21 (correct on all wagers and final): Because of the diabolical final question tonight (more on that later), only Wait! Wait! Don’t Tell Me! (Memories) answered correctly on all 21 wagering questions.  We can give an Honorable Mention to Flight Level Awesome (Belles’) and Bam (The Tavern), as the only other teams to go 20-for-20 heading into the final.

–> Our halftime sheet played slightly easier than normal, with the average score coming in at 18.1, but with one rather difficult answer only about 12% of our teams scored 20 points.  Most teams were not able to name Chad as one of the ten most populous “C” countries (which was certainly ironic for the teams playing at Applebee’s).

–> Likewise, only three teams snagged six points on the 6-4-2 question, by knowing the origin of the name “Smokey the Bear”: Fat Kids Are Hard to Kidnap (Valley Grill), We’ve Embraced Our Mediocrity (Applebee’s), and Multiple Scoregasms (Bennigan’s – Frederick).

–> For those of you playing last night, it is probably not a surprise to hear that this was the hardest PHT final question of the season.  About 40% of our teams managed to come up with one of the two answers, but pulling both was extremely rare, as only four teams managed a correct response.

–> As of today, 27 different films have each earned more than one billion dollars in worldwide box office revenue (unadjusted for inflation).  The only films on this list to earn less than a 50% approval rating on ‘Rotten Tomatoes’ are each part of film franchises.  Name the TWO film franchises to which these films belong.  (you’ll find the answers later in this blog)

Thanks again to everyone here at Valley Grill for being the best and helping me through tonight’s game in a timely fashion, this cold is kicking my a%^.  Thanks to a couple of inebriated World Series fans, no one in the bar will be able to get the term “clam sauce” out of their heads, as apparently that is the funniest two words ever combined in the history of human language and cuisine.  Here are the results:

What a great game we had at The Tavern on Wednesday! There was a new team that heard about our game and decided to come check it out. All they did was ALMOST play a perfect game and take home a WIN! There was a good fight between all our teams as well, and this is how it ended… Finishing 3rd was Olney the Lonely, 2nd went to the Almond Joy Fan Club and coming in like they owned the place and taking 1st at their first game was BAM!!  They picked “Game Shows” for next weeks winners choice, so study up, and come join us for a great game next Wednesday evening at The Tavern!!

Tonight at Applebee’s we started things off with a question about the legendary DMX, asking for the title of his most recent album, which a few teams knew was ‘Undisputed’.  I think one of my favorite moments of the game was when the halftime page asked for the ten most populous nations that start with the letter ‘C’, and everyone forgot about the country of Chad.  That caused quite a few laughs when I read that as a possible answer.

Tonight’s final proved to be extremely difficult, with nobody getting the answer right. This led to scores staying mostly the same with Making Money Milking Monkeys taking third, Dalek Dance Party taking second, and the win going to We’ve Embraced Our Mediocrity! Next week we start with a question about The Soundtracks of John Williams the legendary composer, so I’ll see you all then!

Great Caesar’s Ghost! We had a game in here tonight!  Jumpin’ Jehoshaphat, the questions were worthy of some of the finest minds Belles’ has to offer.  That final though… Oh man.  Was fun to watch teams struggle a bit, I haven’t seen them think so hard on a final in a long time!

We had a wild night of Pour House Trivia from start to finish here at Bennigan’s in Frederick!  Solo teams, giant teams, and feisty teams battled it out all night long for trivia supremacy!

In “This-Isn’t-The-Broadway-Question”: Guys, I know Hamilton is on everyone’s brain, but even if the capital of Bermuda is the city of Hamilton, and even if it’s closer to DC than Nassau, Bermuda isn’t an independent country, it’s a territory of the UK. As much as I would love to go see Hamilton on Broadway, you guys gotta get it out of your heads! 😉

In “Oi-What-A-Doozy”: The Judaism question was a tough one tonight, with only one team pulling the trigger for the 2-point bonus, and only 1 or 2 more teams getting it with multiple choice options. I’m with you guys though, I wouldn’t have known it either. And yet, that wasn’t even the hardest question of the night!

In “Final-Destination”: As well as many teams did tonight, as they fought hard for the top spots, the final question tonight was absolute murder, with only a few teams able to come up “Transformers” as one of the correct answer, but nobody was able to snag “Pirates of the Caribbean”.  With that said, with everyone wagering 12, it didn’t end up mattering much.  Here’s how the final standings looked:

Once again, Pour House and Woodside Deli were happy to welcome a brand-new team to our fold: Team Hobos! They were persistent and stuck through the end, despite adversity from more established competition. They were admonished – and admonished now, again – to bring friends and family next week!

All being said and done, there was much machination leading up to the final question.  There were ghost bets of less than 12, ghost bets of 12, and, well… bets of 12.  The last question proved a butt-kicker, as NO TEAM correctly answered it.  Lots of folks had half of the equation, but two of two was necessary. Strategies on final bets paid off, and your top three this week were:

First Place:  Nerds Say What…  What? (I did that on purpose.)

Second Place:  Front of the Class

Third Place:  We Need a Do-Over

MORE IMPORTANTLY, and testament to the health of the competition here, a measly three points separated first and third.  Next week?  Maybe closer…

Back at Bennigan’s for another week of trivia! We had most of our veteran teams back here to duke it out in a trivia grudge match, looking to claim the top prize and maybe soar to the top of the standings page to win that House Championship! Let’s hop right into the recap. shall we?

The first half was TIGHT with a bunch of teams clumped together but the top 2 teams tonight were our BIRTHDAY BOYS! Don’t Call Me Shirley’s Greg and Math Debater’s Andrew both had birthdays tonight and they were the 2nd and 1st place teams at the half, respectively. Roaming Gnomes was a bit shocked at being behind so they stepped up their game in the 3rd round. After round 3, Roaming Gnomes moved into 1st place, looking to lock this one down! Round 4 seemed not to phase them either, as they held the lead after that one. They did miss out on a 2 point bonus on Round 4 Q 5 that only ONE team picked up. That team was Just the Tip.

The final question nearly WIPED OUT the bar BUT Just the Tip DID manage to get a correct response on that one too. Just the Tip saved everything for the end of the game, but it wasn’t enough. Top 3 tonight, in order from 3rd to 1st: Math Debaters, Don’t Call Me Shirley, and another win for Roaming Gnomes!Great game! Would’ve been a Just the Tip win if not for a fairly poor early game. The following paragraph was written in honor of Just the Tip’s Mel, who, ashamed of his own performance, needed to be put in his place. And I write:

In an odd turn of events from a few weeks back, Just the Tip sucked all night tonight until the final 2 questions. Maybe if they decided to bring their “A” game for the entire duration of the night, they might be a legitimate contender HOWEVER they did not. They were the ONLY team to get Round 4 Question 5 right for the 2 point bonus AND the only team to get points on the FINAL question. Back so far though, these advances didn’t help them finish in the top 3, settling for a 4th place finish. Maybe next week!

A very close game, on a historic night, meant the energy was electric inside Memories this week.  Teams stayed very competitive, and set us up for an exciting photo finish!

WWDTM is looking like a powerhouse since joining forces, and continues their streak.  They’ve chosen “Gilligan’s Island” as next week’s first category, so brush up on the history of the Minnow, and I’ll see you next week!

Sweeney Todd and Joe Chill book, two staples of pub trivia night IMO, book ended our regular rounds of trivia Wed night at Bernies in wild, wonderful Hagerstown, MD. And in between those two answers we had one heck of a hump day trivia contest! We traversed our way through Col. Sanders, Walden Pond and the nuances and finer points of making linguini! The teams kept it a close game throughout.

Dat final though! Whew! Game changer. It’s always a wild one when the final Q rocks worlds. And this time it was Transformers FTW! Congrats to the few who sniped it or played D well:

Next week we kick off with “Django Unchained” and a new President Elect. May we all have some Good luck with both 🙂 Lotsa love y’all – see you soon. 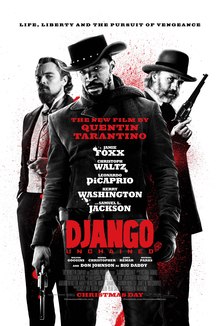 Trivia comes to Cloverdale!  For our first Pour House Trivia Night here at The Clover, we had seven fantastic teams compete.  Young and old showed up to claim the first victory.  Although it was a competitive night, our eventual winner, THE LAUGHY TAFFEEZ, led wire to wire.  And by the end, they had built up such a lead that not even a wrong final answer could take away their crown.  We look forward to continuing this new Cloverdale tradition next Wednesday.

Second Place:  I Thought This Was Speed Dating