A new venue and a new date did not keep 91 teams from joining us for Pour House Trivia World Series XIX at Thurmont Event Complex.  Five of the teams in today’s field had already won multiple PHT titles.  Would we have a new team win its first championship, or would one of our juggernauts add another trophy to their case? 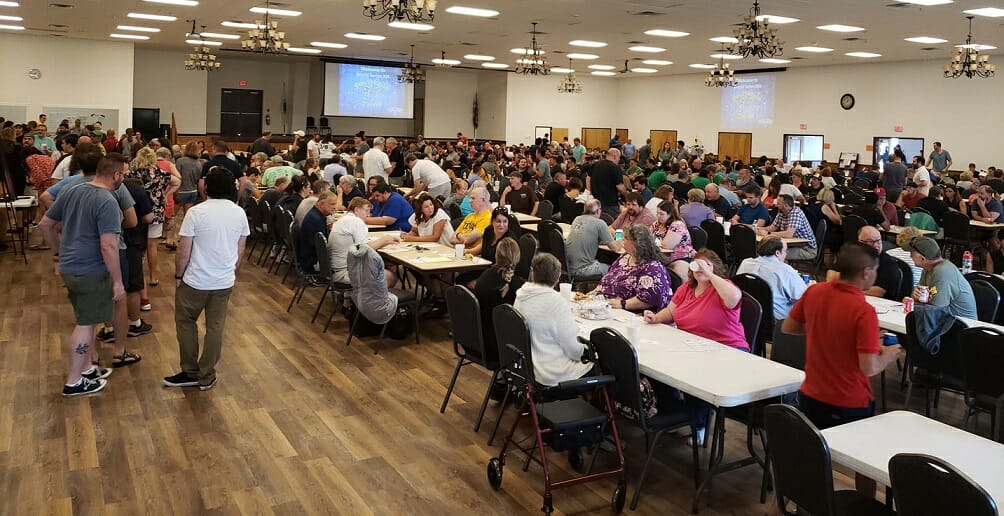 We kicked off World Series XIX with a question regarding the English language, asking our teams to identify any two of the three parts of speech represented by the phrase “for your wager”.  The most difficult of the three answers to pin was ‘your’, as only 14% of the field earned bonus points with the correct answer of adjective.  The word ‘yours’ (with an ‘s’) is a possessive pronoun, but the word ‘your’ (without an ‘s’) is an adjective.  After a question regarding the origin of the classic TV series “The Fugitive”, we asked our Three Clues question, which began with these extremely difficult clues:

CLUE 1: This 1989 Queen song marks the only instance in which the names of all four band members are mentioned in the lyrics.

CLUE 2: Played by Chevy Chase on film, Nick Halloway is known by this titular moniker in a science fiction novel by H. F. Saint.

Usually, ‘Chevy Chase’ and ‘science fiction’ don’t appear in the same trivia question.  As a result, only FOUR teams earned bonus points by turning in the early correct answer of Invisible Man.  Chase starred alongside Daryl Hannah in largely forgotten film entitled “Memoirs of an Invisible Man”.  We closed the first round with a little “Netflix and Chill” (not literally) and a look at the Periodic Table, but none of our teams recorded a perfect score of 36 points.

We took a trip to the movies in our World Series audio question, as we listened to clips from the films “Dumb and Dumber”, “Bonnie and Clyde”, and “Jack and Jill”.  Next, we combined college sports and fictional characters with this query:

–> If she were to pick a college to attend based solely off of matching her house sigil with the school’s athletic team nickname, what Division I university would literary character Daenerys Targaryen choose to attend?

About two-thirds of the field answered correctly with Drexel University in Philadelphia, as it is the only Division I school nicknamed the Dragons.  Later, we asked the most difficult bonus question of the first half.  After most teams figured out that Hawaii owns both the highest record low temperature and the lowest record high temperature among all 50 states, only Hipster Fashion Consultants tacked on two bonus points by giving us (within five degrees either way) the lowest temperature ever recorded in Hawaii.  There are some tall mountains in the Aloha State, so the correct response was only 12 degrees Fahrenheit.  Most teams kept their guesses above the freezing point.  We continued with a look at artistic anagrams and Burger King commercials, but once again we did not see any perfect scores in the second round.

In addition to pictures of items which have ‘August’ in their name, the World Series halftime round featured a rare audio section, as we listened to 12 songs whose titles fit the naming convention “BLANK in the BLANK”.  Seven teams scored the game high of 19 points, but a perfect score eluded the entire crowd.  Here is your halftime leaderboard from World Series XIX:

On a regular night of Pour House Trivia, the third round is usually the most difficult, but I don’t think we’ve ever asked a series of five questions that were as brutal as what our teams faced at today’s World Series.  We opened the second half with a three-part question in which each answer consisted of two words: one with three letters and one with two letters.  Nearly two-fifths of the field gave us at least two of the three correct answers: the ESPN morning show “Get Up!”, the song “Jai Ho”, and the dice game Sic Bo.  However, only Dave Martinez School of Management earned bonus points with all three correct answers.  After a question about the reality TV show “The Biggest Loser”, our teams ran into this difficult query on the subject of U.S. Presidents:

–> Who was the most recent U.S. President to NEVER have a Vice President?

Only 17% of our teams gave us the correct answer of Chester A. Arthur, with only seven of those tacking on two bonus points by knowing our 21st President was born in Vermont.  After some numerical wordplay, we saved the most difficult wagering question of the game for the close of the third round:

–> There are only three musical acts from mainland Europe to score multiple #1 hits on the Billboard Hot 100 chart: a Spanish act with two chart toppers, a Swedish act with four, and a German act with three.  All of these hits topped the charts within 11 years of each other.

Despite asking our teams to name only two of the three answers for wagering points, only five teams were able to accomplish that feat.  Sorry, ABBA fans, but the Swedish group in this case was Roxette!  Furthermore, many teams turned in the wrong Iglesias, as we were looking for Enrique, not Julio.  Finally, the German group who technically scored three chart-topping hits was Milli Vanilli.  None of the five teams that earned wagering points on this question gave us all three correct answers.  For the third round in a row, none of our teams posted a perfect score of 36 points.

The 6-4-2 question dealt with the animated film character of Wreck-It Ralph, most notably his quote “I’m bad, and that’s good.  I will never be good, and that’s not bad. There’s no one I’d rather be than me”.  A fairly even distribution of points saw 19% of the field earn the full six points on this question.

Sunday’s final round began with a Triple 50/50 question that asked “Olympic gold medalist or Nobel Prize winner”?  After moving on to questions concerning the name Master Chief and the 1980s Disney film “Return to Oz”, we continued with a look at the Tony Awards:

–> Who is the only person credited with the first name of Tony to win a competitive Tony Award specifically for acting?

Only 17% of our teams knew that former “Monk” star Tony Shalhoub recently won a Tony Award for his work on the musical “The Band’s Visit”.  Our final wagering question of the fourth round referenced the tallest statue in North America: a 360-foot sculpture of Christopher Columbus.  However, only three teams earned bonus points by also knowing that this statue is located on the island of Puerto Rico.  After yet another wicked bonus question, a perfect round was out of reach for our entire field.  These were your highest scoring teams heading into Sunday’s final question:

–> By typing www.[BLANK].org into your internet search bar, you’ll be directed to a website specifically dedicated to provide cancer awareness and help fight the disease.  For your wager, what letter of the alphabet fills in that blank?

Just over one-fifth of the field earned points on this final question with the correct answer of ‘V’.  The website V.org was created to honor the life of N.C. State basketball coach Jim Valvano.  Clinging to a one-point lead, Rumble in the Bronx went all in with a full 12-point wager, coming away with the correct answer for the Season XIX title.  Though they have played under several different team names, this is the second straight title and third overall for this team of trivia studs.  Not surprisingly, Rumble in the Bronx was also the only team to answer all 21 wagering questions correctly.  Here are your top ten teams and the your final standings from World Series XIX: 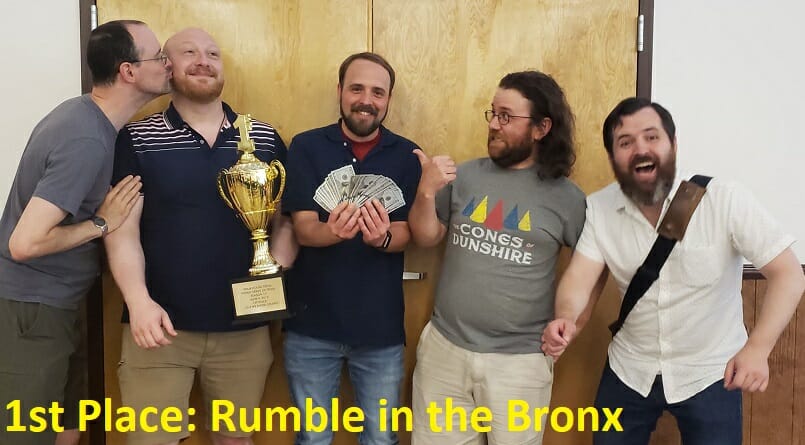 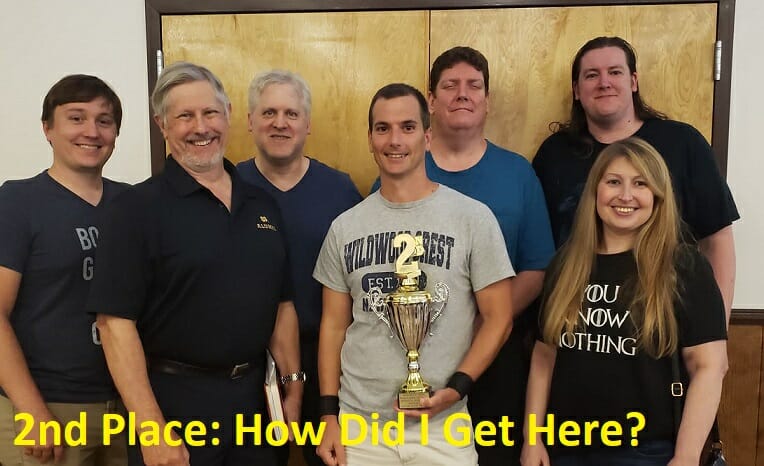 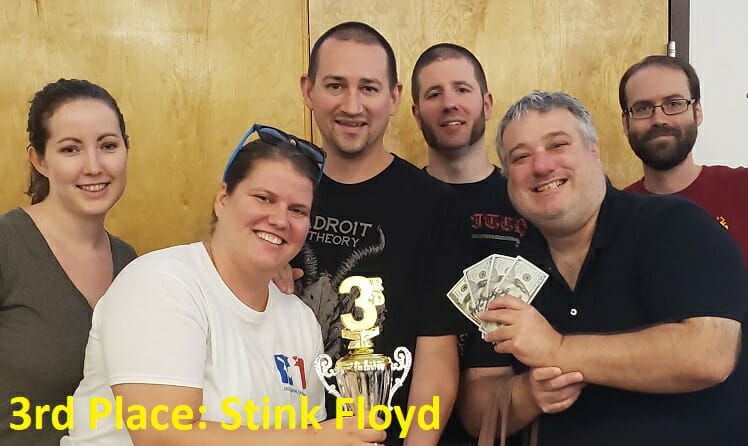 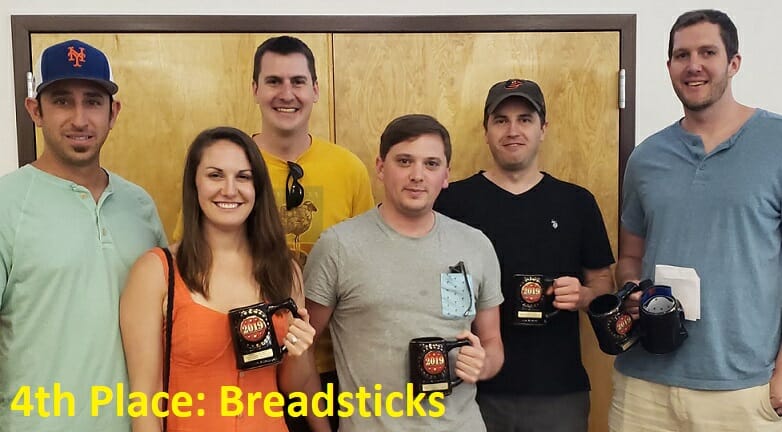 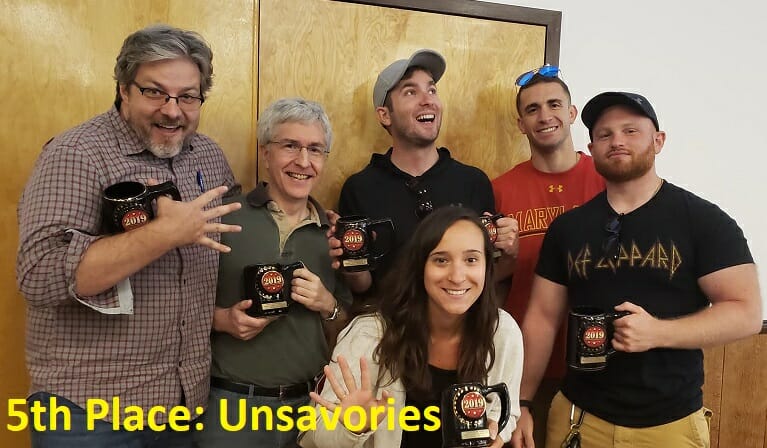 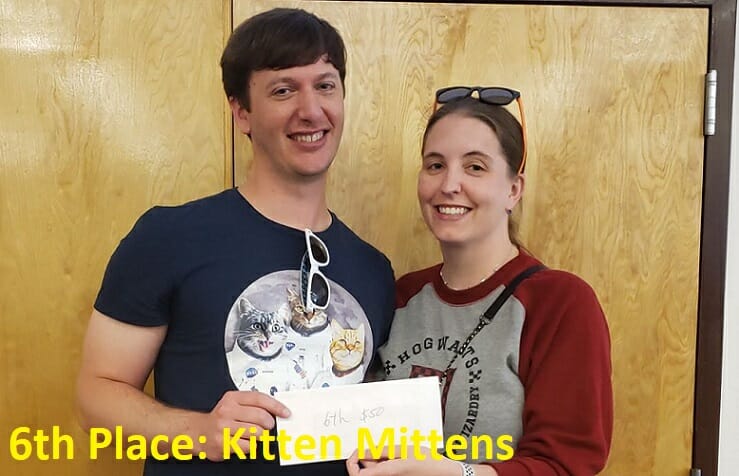 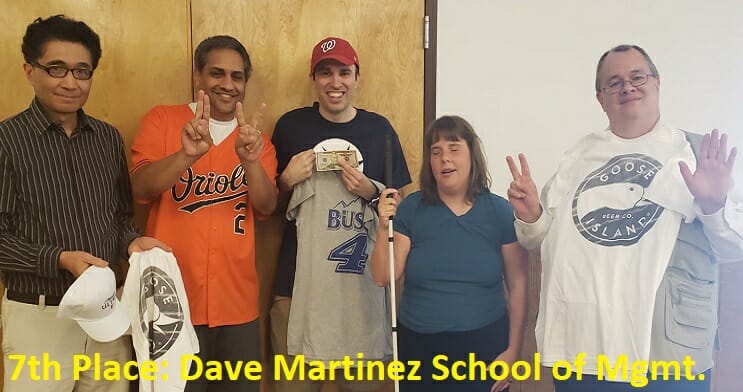 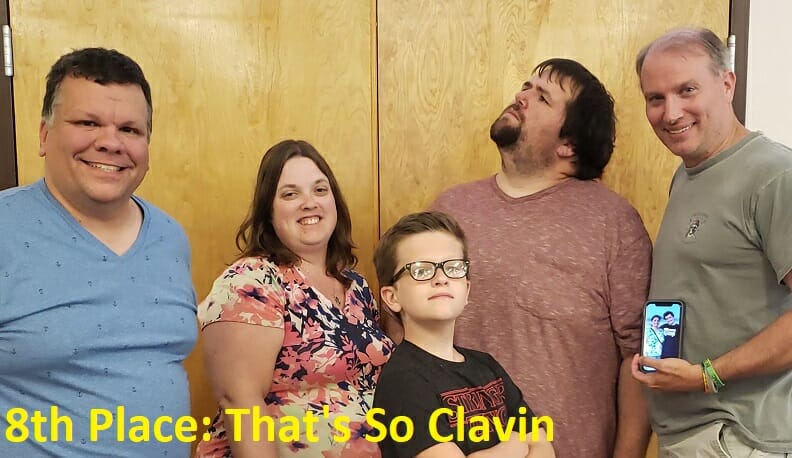 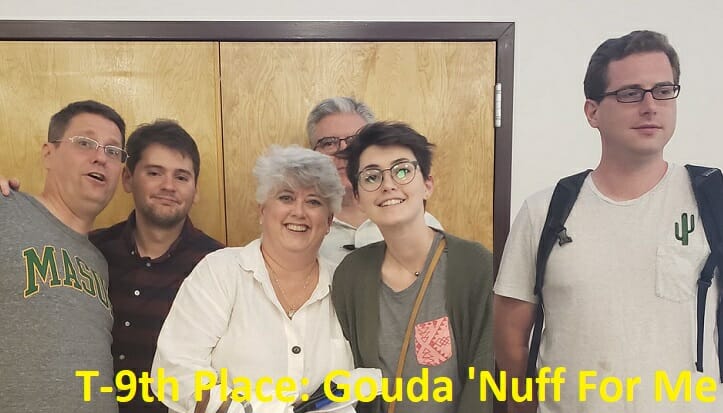 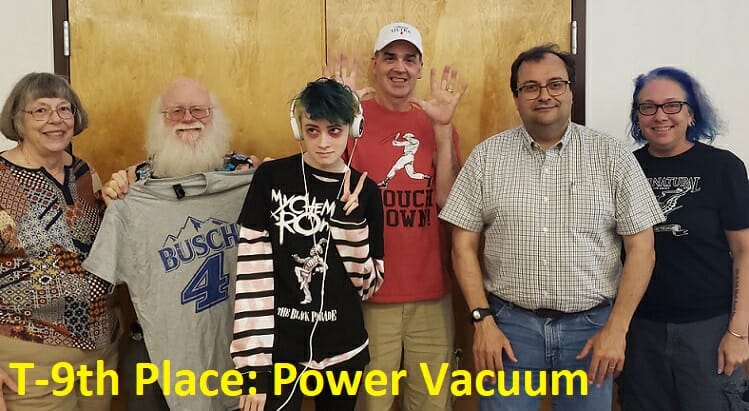